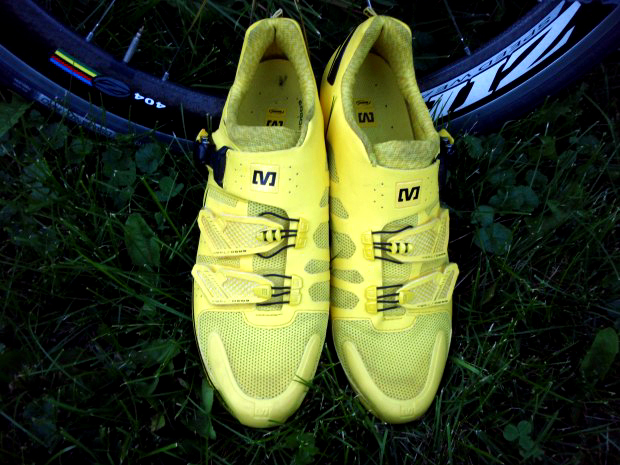 The Velominati would not exist if it weren’t for The Rules. Of the current 79 Rules, only two, Rule #34 and Rule #69 stipulate anything about shoes. Perhaps that is all that is needed. However, I do have a set of personal Rules that I’ve been living by and developing for nearly ten years now. My own personal Rule #1 is No Red Shoes. And as a strict disciple of my own Rules I have no red shoes.

This is partly why I was so relieved that I could title this article The Yellow Princesses and not the Red Princesses. Because if Mavic made the Zxellium in red, I would simply have to break my own rule. These shoes are sublime.

I’ve gone through a few pair of cycle shoes in my relatively short time as a dedicated road cyclist and Velominatus. Nalini 2004’s, Cat-1 Gavias, and an old pair of Frank’s DMT Ultimax’s have all graced my gunboats. I’ve also tried many a pair on in hopes of finding that glass slipper. Sidis heel cup is too narrow, Shimanos toe box is too wide, Pearl Izumis weren’t my cup of tea, and so on and so forth.

That is until I purchased a pair of Mavic Razor mtb shoes for riding my cyclocross bike. The Razors have many miles of gravel under them. They are durable, perform well, are stylish, and easily the most comfortable shoes I’ve worn. I was sold on Mavic shoes since buying them.

So after riding Frank’s retired DMT’s into the road after he made the switch to the much bally-hooed White Ladies this season, it was time for me to go shoe shopping.

At first, the yellow put me off a little bit. I considered if wearing yellow at all would be considered a Rule violation. That, as we all know, only applies to jerseys. Riders regularly wear non-team issue and personalized shoes. The Zxelliums do also come in white but since the White Ladies was taken I had to make a different plan. Then I saw this guy wearing them in this year’s tour. 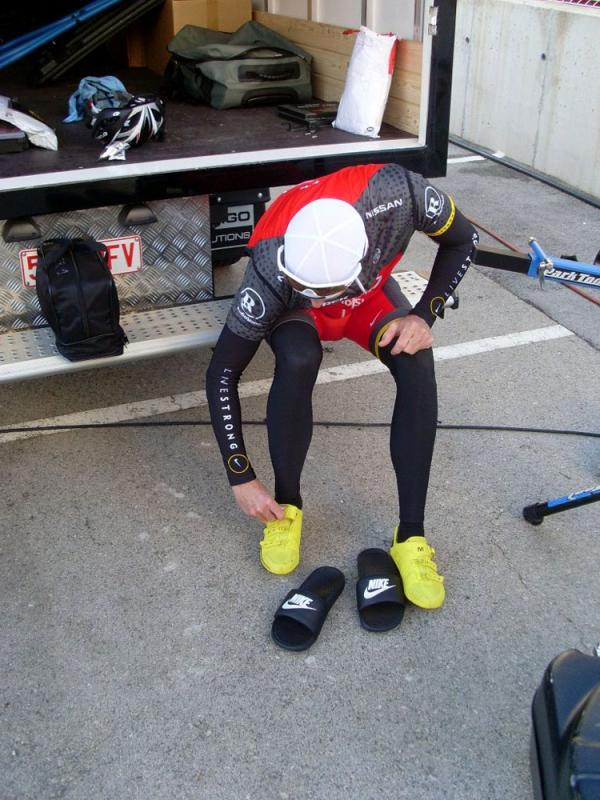 That did it for me. Being a fan of Chris Horner and seeing how the Zxelliums seemed to at once stand out and tie his kit together riding up the Tourmalet this year made me think I could pull them off too.

Whether or not I can pull them off remains to be seen. But I may not ever want to take them off. Damn if they’re not like bedroom slippers. And light! Oh the lightness. In my hand, not on a scale mind you, they are lighter than the DMTs. And that’s with the cleats on the Mavics and not on the DMTs. The muted sole is also cause for carbone.

At any rate, I’m stoked about the shoes. I thought about filing this article under the Reverence folder but I don’t want to get ahead of myself. There’s no doubt these shoes will be held in reverence one day but I must go put many kilometers on them first.

84 Replies to “The Yellow Princesses”