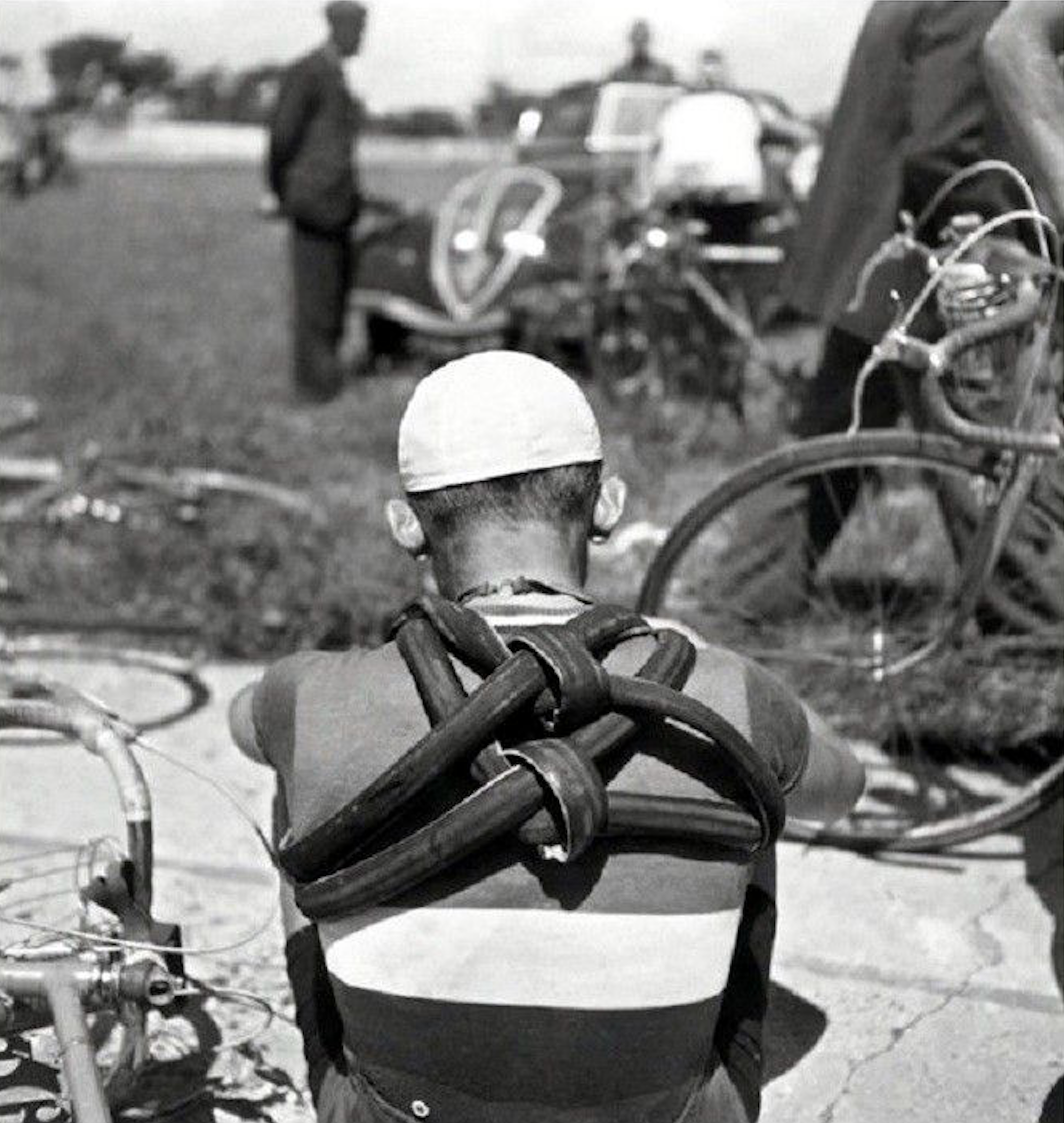 For more than three decades, I’ve been obsessed with Cycling. Not just the business of being in love with riding and training, but with following Professional Cycling as well. When I was young, I pored over the photos in Winning and other magazines that made their way into my possession; their spines were cracked to pieces with the pages falling out by the time I would retire an issue, and even then, many of the photos were cut out and hung on my bedroom or workshop wall.

The Pros were my muse; they gave me their style, position, and technique queues but they also inspired me to ride more. I would imagine myself racing with them when I was out training, I would envision myself dropping Greg LeMond on the local leg breaker or barely pip Steve Bauer in a two-up sprint to some imaginary finish line. (Poor Steve, the unluckiest rider of his generation, he couldn’t even beat me.) Those heroes retired and new ones emerged; the cycle continued.

They were my heroes, but in many ways they were my riding partners as well. They were role models who mattered to me deeply, more deeply than perhaps they should.

It was some time during the Armstrong Era that it started to change. Being lied to pathologically works like that; you believe the lie because the truth seems so awful. When that awful truth comes out, we want to find a way back to the old, happy story. It was just one rider, one crazy cheater who is ruining it for everyone. Then the lie comes out again, and we believe it again. Slowly, our willingness to believe is damaged, until finally you see the lies in everything, even in the truth.

Motors, TUEs, doping. It all tastes bitterly of the past, and the accused are going back to the same scripts that were used by the previous generation. We’ve heard it all before, and I’ve grown tired of hearing the same denials defiantly made against the same accusations.

I feel a certain amount of shame for not believing that Chris Froome or Brad Wiggins won the Tour de France paniagua; I want to believe in them and I would rather be the naïve hopeful who believes a liar than the cynic who accuses an honest man of cheating. But Sky is not going out of their way to make it easy for me to believe them.

I’ve never gotten myself too tangled up in whether or not a particular rider or team is doping, and in general I haven’t let the truth tarnish the nostalgia I have for my favorite riders and races of the past. And it certainly hasn’t touched how much I love actually riding my bike. But if the all this lying has had a lasting effect, it is that I don’t imagine myself riding with my heroes anymore.

35 Replies to “The Tangled Past”