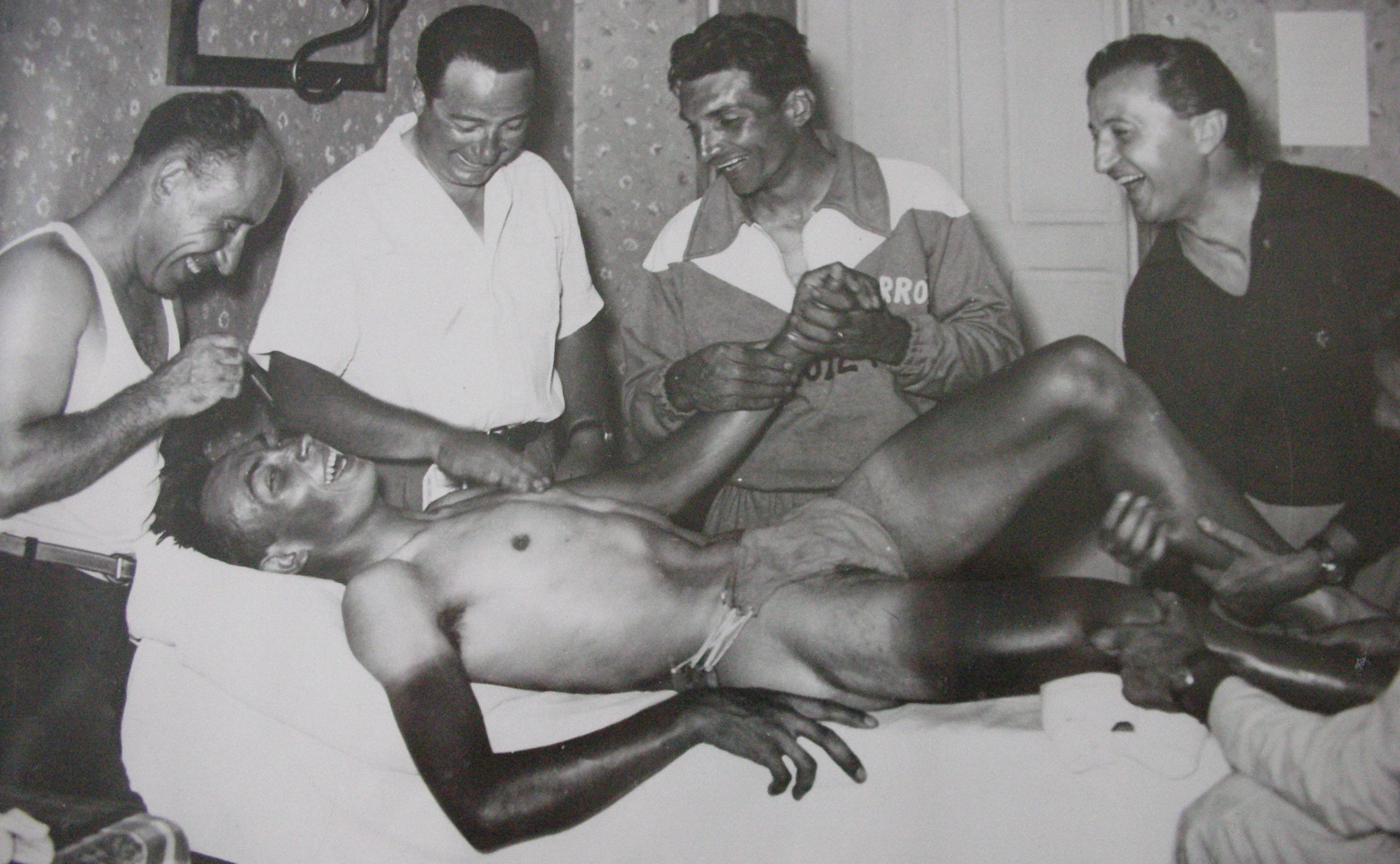 Half Man, Half Couch

I never used to get injured. I could ride all day on hardly any water or food, under the Australian sun with nary a squirt of sunscreen, drink four beers directly after and then go and DJ and dance til the wee hours of the next morning without stretching or any form of ‘warming down’. To me, warming up was the modus operandi.

This pattern, while not exactly the norm, got me through to at least my mid 40s. In fact, some of my best form on the bike (and on the dancefloor) occurred in the first five years of my fifth decade. The second half was not as concentrated on racing and consequently any training––and I use that term loosely––I would do would be haphazard in its structure and goals were something I’d see watching the football on the telly. Beer was still the hydrant of choice and the term “I really should start stretching” became a mantra, an of-repeated, more often ignored, horrible, desperate mantra.

Now in my early 50s, the time to put that mantra into service is hard to ignore. Just sitting here, in my ergonomic office chair, at my real proper desk with the keyboard at the right height and everything, my back aches like that of a 50 year old Cyclist. My shoulders are rolled forward and my neck is lost in a shrug that threatens to swallow my head whole. My right arm goes numb every few minutes, which of course elicits the darkest of thoughts; “Is this a heart attack?” “Am I having a stroke?” If so, I wish they’d just hurry up and get it over with.

Curiously, mountain biking seemed to be less painful on my back/arm in the time I’ve had this injury. Leaning over the bars on the road bike means the first twenty minutes are spent trying to stretch the arm, irony of ironies, and dangling it and shaking it to null the numbness. I look like a fucking tool. Something had to give, and two weeks ago I did what no man ever does: I went to the doctor. Thinking the heart attack scenario was the most likely, he quickly shut down that theory with an ECG and some X-Rays. Narrowing of the C6/7 discs and foraminal encroachment was the diagnosis. At least it had a name now, not just “fuck my shoulder hurts/my arm is numb” that I’m sure colleagues were getting sick of.

The upside is I get to go to the chiropractor twice a week. How is that an upside? Well, she’s French for a start. And after only a couple of visits, things are getting better. I haven’t been able to ride for a couple of weeks, compounded by a weekend riding some of the burliest trails in the country and crashing my brains out following a World Cup downhiller down a trail that he built and wasn’t really a trail. Result, a trip over the bars, a hug of a tree and a rack of toasted ribs, which served to take my attention off the arm at least.

While I don’t have the services of a team of masseurs, stretchers, manipulators and fluffers and plain weird dudes grabbing random bits like old mate on the rack in the lead photo, I’m more aware that as one gets on in years, especially these ones that start with a 5, there is a greater need to do the body maintenance that one should have been doing decades ago. Because if there are to be any more decades of riding, it just has to be. And I hear there may be some French women who do yoga…