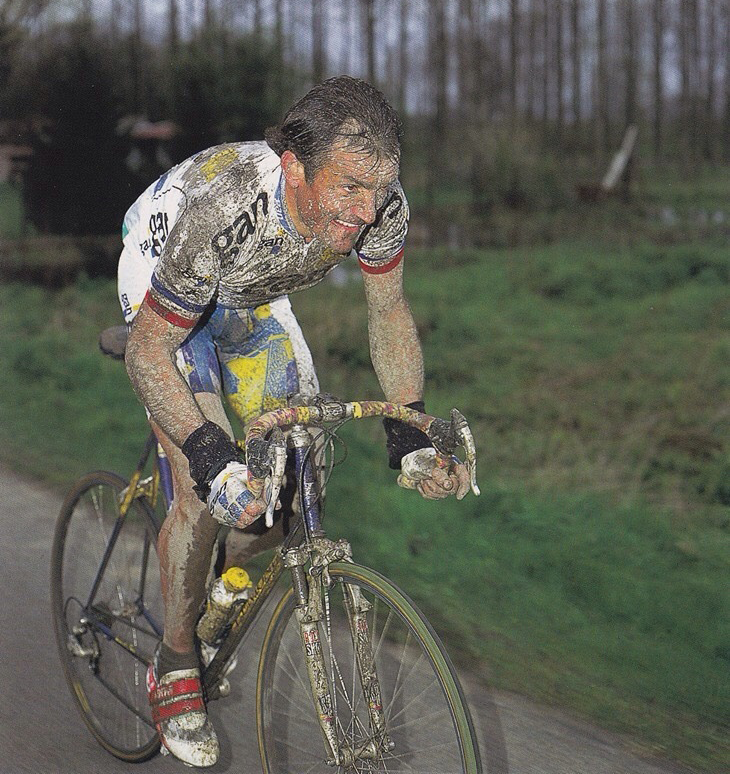 The Curse of Hell

Northern Europe is supposed to have crap weather in the Spring. By crap, of course, I mean wet. I call bullshit on that, because the last time I saw rain fall in Hell, it was 2002.

In 2002, Outdoor Life Network aired an hour-long broadcast on the history of Paris-Roubaix before airing full live coverage of the race. When the race came on, everything was covered in mud, even the lens on the television camera was spattered. The VMH and I looked at each other and said, “Why is it always raining during this race?”

So there you have it. I take full responsibility for causing every Roubaix since to be cursed by dryness. I’ve been doing rain dances, head-stands and seances every year since with absolutely no improvement in racing conditions. So this year, I’m trying another tactic.

I hope its dry this year. Mud is messy and I bet wet cobbles are downright unpleasant to ride on. They’re probably slippery too, and slippery roads can be dangerous. Just ask Fabian Cancellara. And muddy riders? They don’t look very tidy, now, do they? What would the sponsors say about that?

That settles it; it would be downright irresponsible to allow Paris-Roubaix to be held in Rule #9 conditions. Good thing, then, that its always dry.