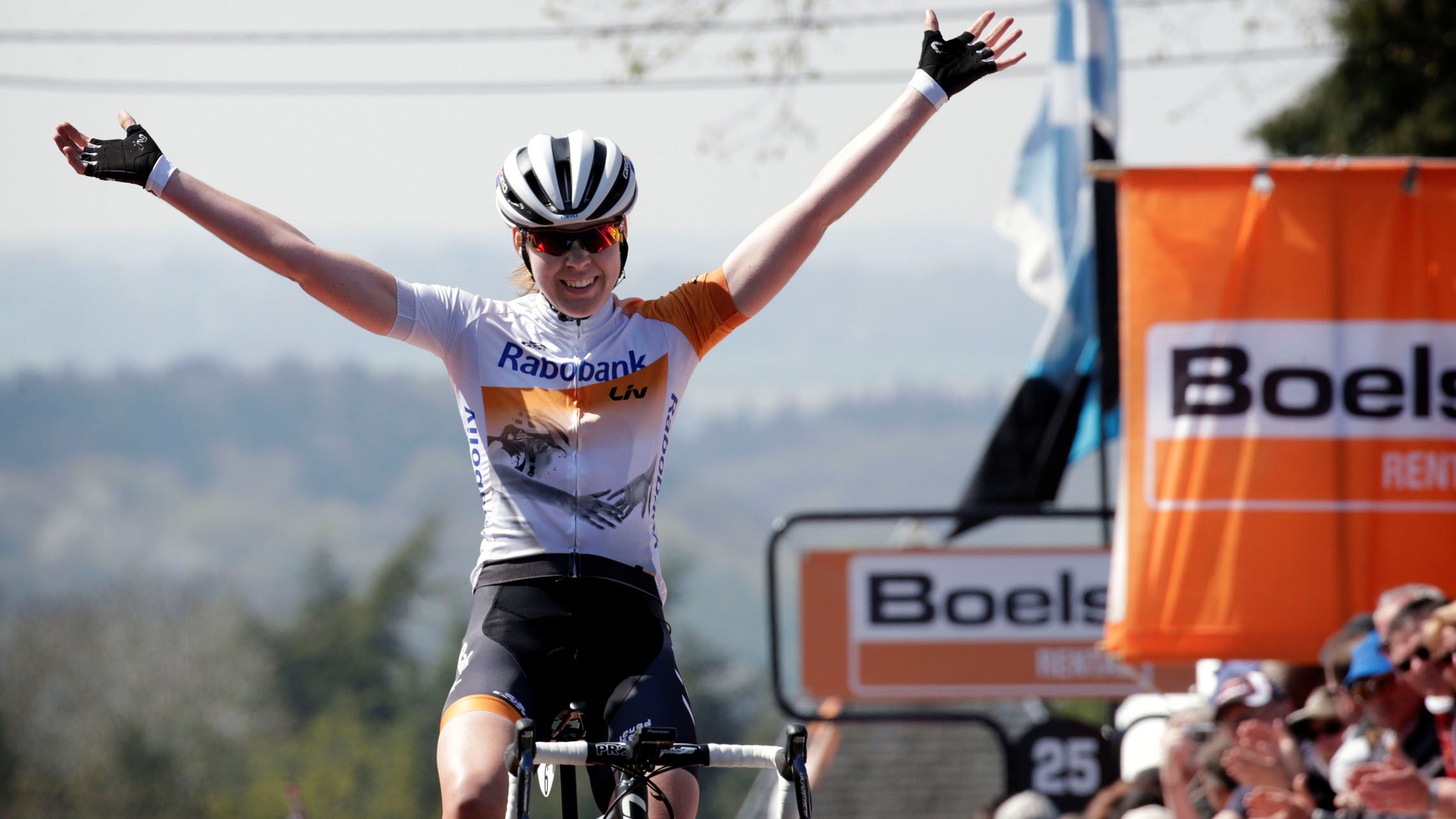 Some years ago, halfway across Belgium from Huy, a farmer grew jealous of his neighbor, whose fields were bisected by the brutally famous cobbled climb, the Koppenberg. Refusing to be outdone by chance, nature, topography, and certainly not his neighbor, he built his own cobbled climb through one of his fields, giving birth to the Paterberg.

The Mur de Huy boasts a similar reputation, albeit un-cobbled and it isn’t in a field (it’s near a town center). Some distance to the north, Belgium’s Border Sister, The Netherlands, tried to emulate the finale of La Fleche by hosting the finish of its Amstel Gold Race atop the Cauberg. After a few years they realized it sucked, and they went back to a non-uphill sprint finish. The Mur kind of sucks as a finish, too, but on the other hand one has to admire the race’s unflinching dedication to keeping its trademark climb as the final coup de gras for their midweek race.

Going back to previous eras of this race, breakaways would often survive to contest the final slog up the Mur from a small group. When Pharmstrong won in 1996, he won from a two-man break. These days, the bunch comes together like clockwork and the race features what amounts to an uphill bunch sprint of Jenny Craig members.

Be that as it may, I believe La Fleche was the first major one-day race to feature a fully supported women’s edition, and for that I respect them as much as I resent them for holding their races on a Wednesday and confusing me about when I’m supposed to put up a VSP.

I still can’t find a start list, but Contemplate the start list, go find a reliable octopus and put down your pencils by the time the clock goes to zero. Good luck!