Anatomy of a Photo: Chuck a Dead Animal Over Your Shoulder 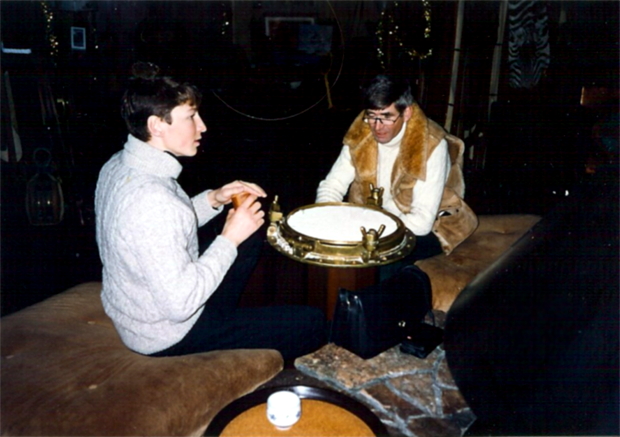 Let me open this by stating that I firmly believe that Animals should be treated with dignity and respect, and should be given the right to live a wholesome and fulfilling life. Chickens should be allowed to preen and pluck proudly; cows the right to socialize as amicably as cows can, and pigs should be allowed to delight in their own filth. Right up until we slaughter them to either eat them or wear them, or some unconventional combination of the two – depending on your preference.

I wanted to get that out of the way before I subject you all to a picture of Young Frank – much closer to Peaking than Old Frank – engaging in a game of “God Mag ‘t Weten” with his Cycling Sensei (his dad) after a 10 hour day riding singletrack in Alta, Wyoming. After all, if there isn’t a better way of saying, “We put it in the Big Ring today, Son” than chucking a dead sheep around your shoulders and calling it a ‘vest’, I don’t know what is.

41 Replies to “Anatomy of a Photo: Chuck a Dead Animal Over Your Shoulder”