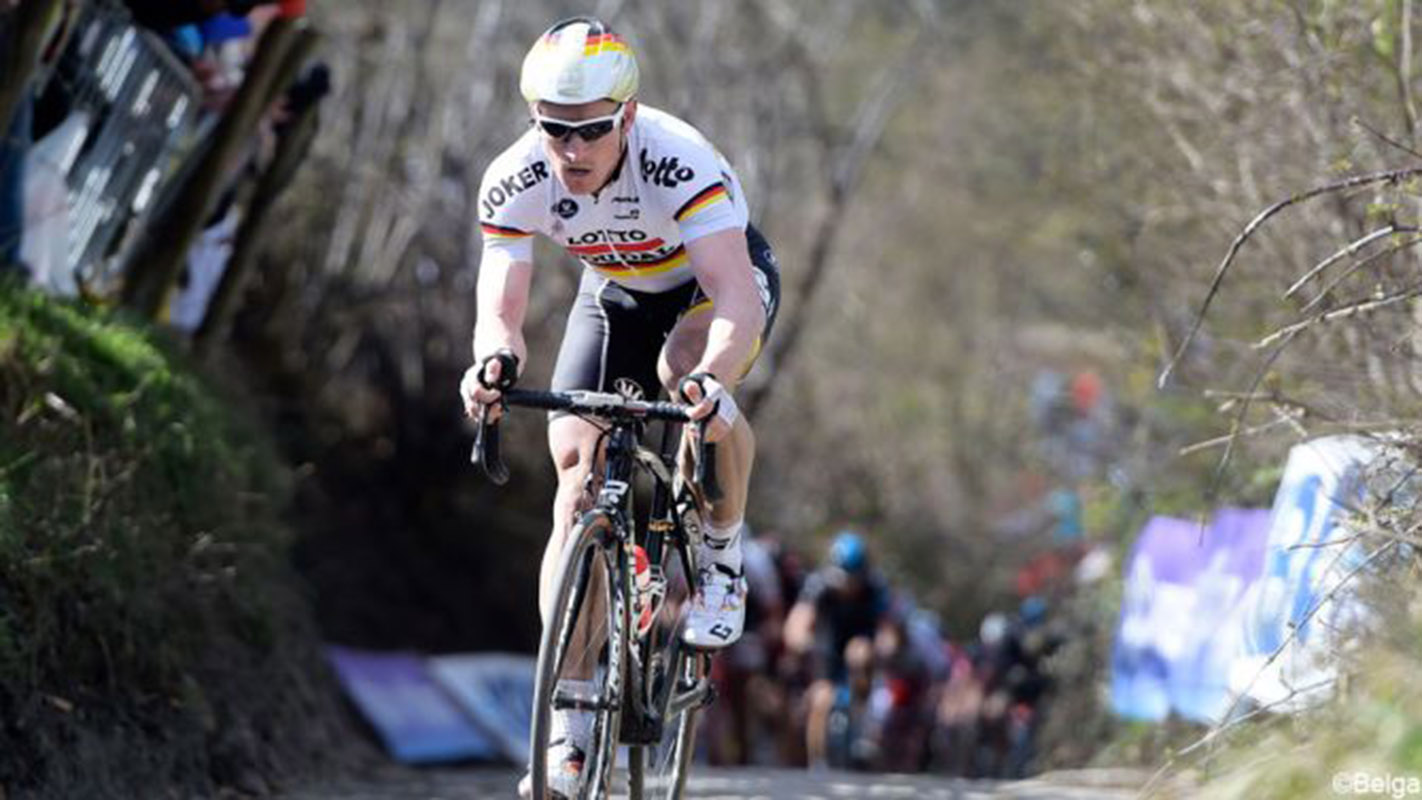 What a stud. I would not have guessed he was going to be the first man up the Koppenberg. When the field is going warp speed to get good position for the tight right turn at the base of the Koppenberg, it takes some special legs to get there first. André bolted well before that turn and had enough daylight between himself and everyone else to have a little daylight left by the top. He does have the legs. Doing it in the German road race champion jersey only adds to the stud factor.

When Greipel, the sprinter, does this or Tony Martin, the time trial champion does that, it gives me hope. These Germans, they have the cycling spirit. Being a great sprinter or a great time trialist may be their strength but these guys are great cyclists, period. Give them a race and great cyclists can do great things.

The Gorilla was never going to win the Ronde with that move but he was going to keep himself at the front for his teammates after the Koppenberg. Twenty-one year old Lotto-Soudal teammate Tiesj Benoot, who finished 5th, must have been inspired to go a little further into the pain cave with a cyclist like André working for him.