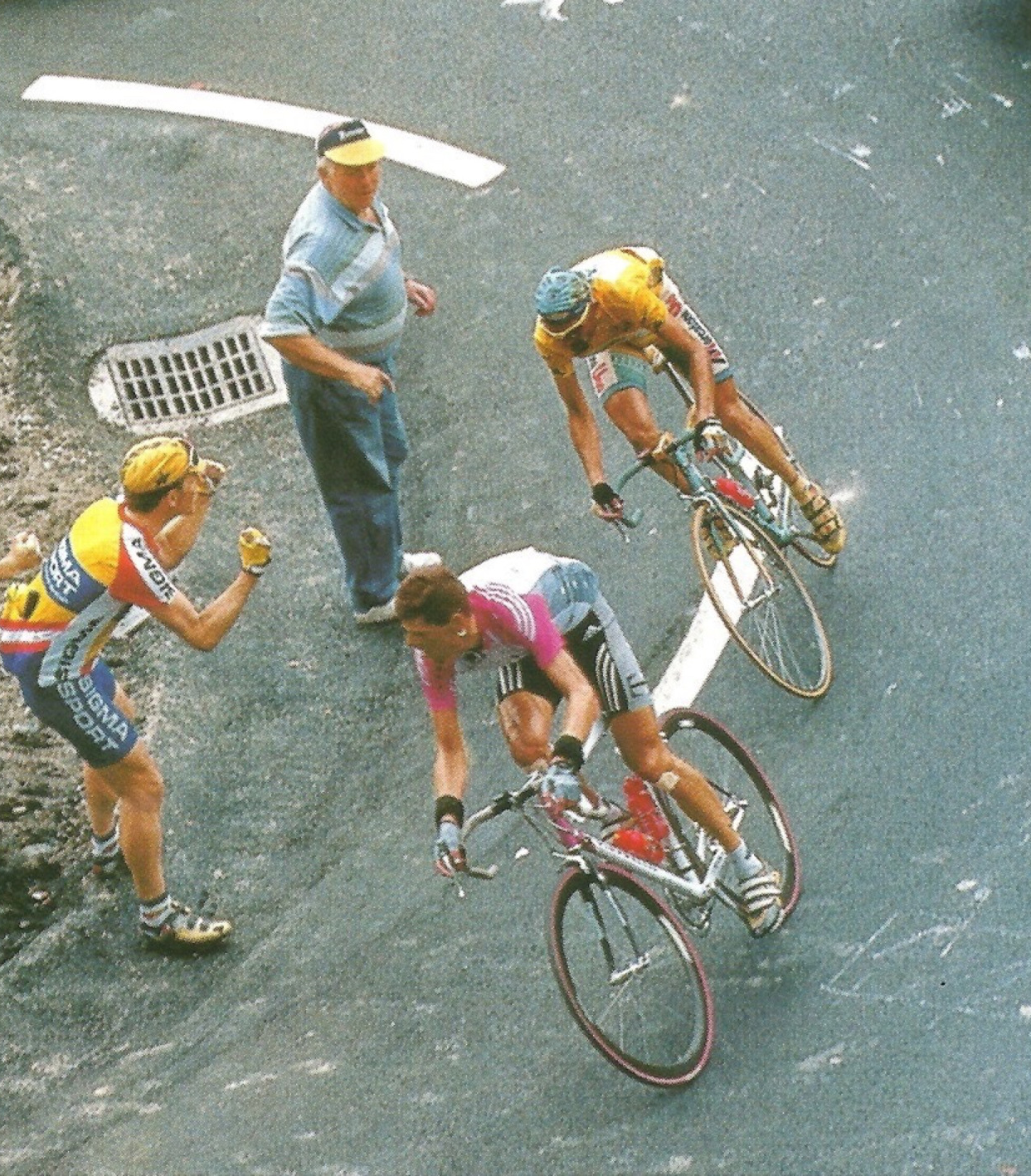 The Germans are onto something. They call a bike a “rad”. From a linguistic standpoint, that is the most accurate name for a bike in any language. They call Cycling “riding rad”. I’m not even making that up. Radfahren. When they put it in a sentence, it translates roughly to “I’m practicing being rad.” I accept the possibility that I have the nuances of the translation off a tad because I don’t speak German, but I am pretty sure it’s directionally correct.

Rudy Pevenage wasn’t German, he was Belgian. I like most Belgians, but Jan Ullrich should have chosen a different coach and mentor because as it turns out, Rudy was a back-stabbing, turncoat, Judas motherfucker. And he looked like a blowup doll. Never trust anyone who looks like a blowup doll.

I think it’s fair to say Germans aren’t known as being an overly sympathetic people. When Jan Ullrich shat the bed by getting caught up in Operación Puerto and again later when Rudy took the liberty to confess on Jan’s behalf, it broke hearts around the world, mine included. But just like every other time we’ve had our hearts broken, we blew through a few meaningless flings, settled down, and got over it. Not Germany. Germany Sharpied “Cheating Bastard” on Cycling’s forehead, threw all its belongings on the front lawn, and set that shit on fire. No more National Tour, no more television coverage of any race happening anywhere.

It must have been tough to be an aspiring Cyclist in Germany during this time; I imagine that confessing your dreams of becoming a Pro to an anxious parent trying to get you to focus on school instead was the sort of proclamation that sucked the air right out of the room. I shudder to think that it may well have resulted in more than a few hacksaws being taken to a bicycle frame by a desperate father.

I have it on the excellent authority of the man down the pub that Cycling is undergoing some kind of rejuvenation in Germany. And if you haven’t watched Clean Spirit, might I suggest you stop reading Velominati and go watch it. And then come back and commence reading Velominati. John Degencobble and Marcel Kittel are two funny bastids with the kind of unhealthy love for the bike that makes it impossible not to like them. And it gives you hope that there are at least two fellows in the men’s peloton who are trying to take racing clean seriously.

There are numerous Germans riding the Pro circuit today that are fun to watch race. I’m glad Zee Germans are coming; if the only emotion they seem to wear on their sleeve is their zaney love for suffering, then that’s a good one to settle on.