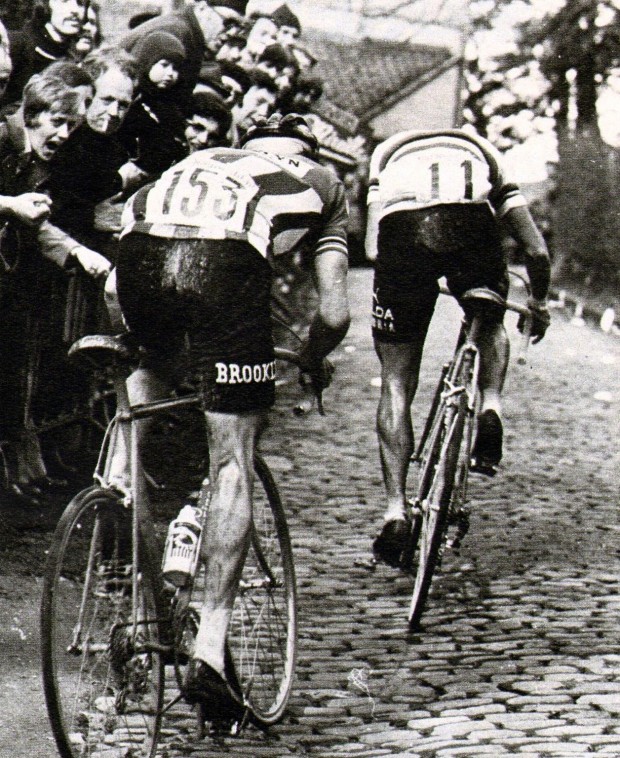 There isn’t a lot about a climb several kilometers long ending in a sustained 20% cobbled gradient that communicates ‘Attack’ and/or ‘Respond’. Certainly not when it comes after 240 kilometers with only 20 left to race. Nope, I’ve double-checked the calibration and used a control-case: the only reading I’m getting on the Pain Gauge is the needle dropping all the way over to and past ‘Survival’.

Here we have Roger De Vlaeminck containing a vicious attack from Freddy Maertens on the hardest bit of the climb, giving more than a little bit of insight into why we refer to these guys as Hardmen. On an unrelated note, I find it to be a crime beyond articulation that the Kapelmuur won’t feature in this year’s Ronde van Vlaanderen; but that won’t stop us from riding it during the Keepers’ Tour; we’re all about history and tradition. I want to keep seeing this scene repeat itself over and over. After all, if a joke is funny once, it should be funny a thousand times.