Blueprint for The Rules 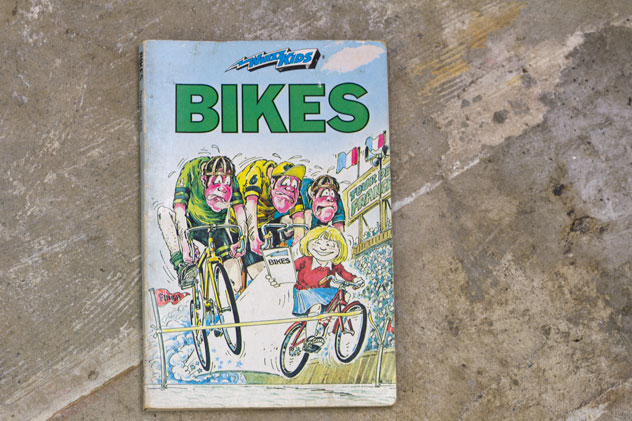 Every other Tuesday night, I put on my tweed jacket with the leather elbow patches, fill a Thermos with Earl Grey and drive the Rover 3500 to the designated home of one of my fellow members of our esteemed Book Group.

As a big fan of the brilliant British television show of the same name, I was hoping that the participants and scenarios would be of the same ilk (i.e Dutch and Swedish footballer’s girlfriends, transplanted Americans and frustrated housewives) but sadly instead it’s more the domain of 70 year old widows, accountants, drama students and science teachers (who also choose the Rover as their preferred mode of transport).

And much to my chagrin, most of them are there to actually read books and then discuss them. We each get to pick a book, so I was somewhat shocked yet pleasantly surprised when Doris (God bless her hand-darned socks) picked the ‘Whizzkids [guide to] Bikes’. As we each need to have a copy of the designated tome to peruse at our leisure over the impending fortnight, and suspecting that Doris had dug up her copy from beneath dozens of Dominion Posts and English Womens Weeklys circa 1956, I knew I (and the rest of the group) would have a difficult task to procure our very own ‘bibles of bike advice’.

Luckily for me, I happen to be befriended by tight-fisted, unimaginative and lazy friends, and it was to this end that Josh came up with a completely serendipitous Festivus gift for me. Yes, he had managed to find the Whizzkids manual! Actually, he didn’t so much as find it, but had it thrust upon him by a flatmate, who in turn had stumbled upon it in one of Wellington’s many second-hand thrift stores, no doubt buried beneath a pile of New Ideas of much the same era as Doris’.

Displaying a similar gift-giving torpor as I myself am wont to employ (I’d given him the copy of ‘Death Cults’ that K-Man had left behind back in 07, and which had been buried not under old newspapers, but old free Real Estate guides from the previous two years) he had simply passed it on to me while passing it off as something he had actively sought-out and put a lot of thought into. Ok, he did tell me the true circumstances of its acquisition and admitted to it being a “shit gift”.

But I saw it differently. In fact, I thought it was one of the best gifts I’d received in recent Festivus memory; much better than the tighty-whitey underwear from Mike, or the wind-up kangaroo that Josh had bestowed upon me last Festivus, which promptly broke after only one trip off the edge of the table. Plus I’d probably be the only member of my Book Group (besides Doris, of course) who would actually have had the good fortune to read it and would be able to critique its many helpful tips. After all, the WhizzKids professed that after reading their book, that I’d be able to “beat the experts at their own game”. And as I am supposed to be one of these so-called ‘experts’, I look forward to beating myself at my own game, something I’ve miserably failed to achieve despite decades of trying.

I can’t wait to peruse some of the other titles in the series too, as I’ve always harboured a burning desire to be a detective or a magician. Maybe Doris has them buried somewhere….

40 Replies to “Blueprint for The Rules”