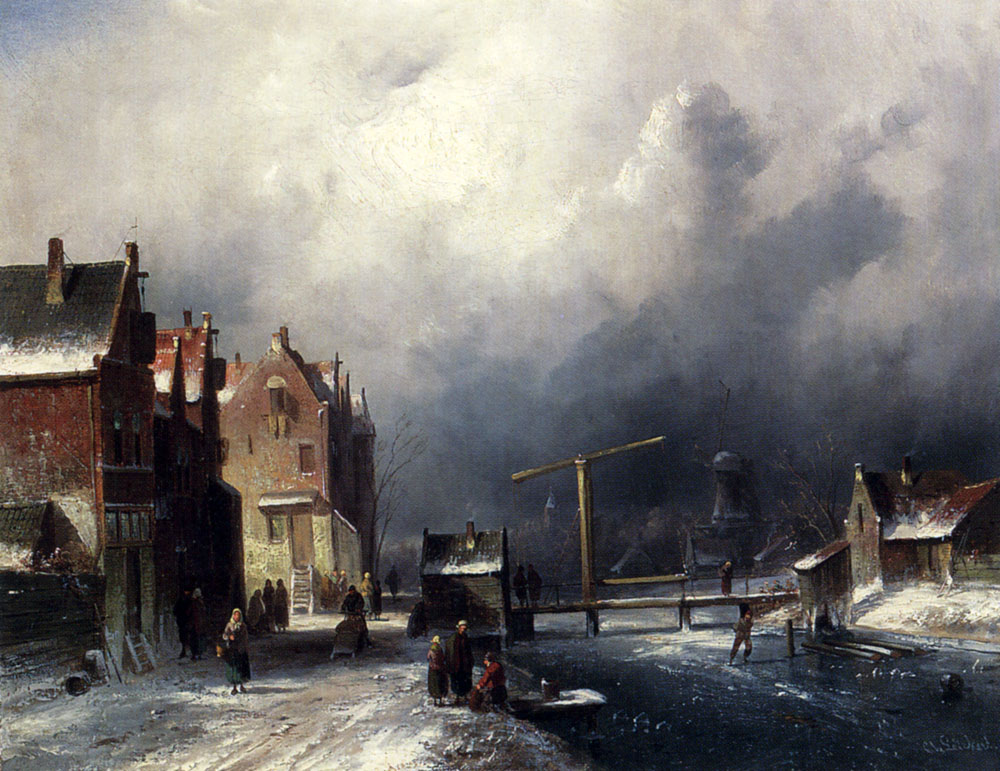 @Ruud deserves a lot of credit for his stubborn Dutchness. Nothing was going to stop his mid-winter Cogal. I am not seeing the traditional drinking post-script for the Cogal report but I’ll assume everyone involved got properly rehydrated. Chapeau @Ruud.

On or around Winter Solstice, Café Ome Ko, just outside of Amsterdam in the town of Muiden, is the traditional meeting place for the Dutch Velominati Mid-Winter Cogal. Not that many people notice. Last year, not a soul showed his or her face, and the year before, at the inaugural, just one person made an appearance, never to be heard from since. So I was pretty pleased seeing an actual road bike leaning against the bench near the front door, even though I also noticed it was my brother’s. The idea that after last year, he had just taken pity on me soon turned out to be misguided. My brother, let’s call him Olaf, had really come to ride. This time of year he only gets out once a week, on a mountain bike, also making a coffee stop, but there was no question he fully intended to ride all day. So how fortunate was I? I certainly had to ignore that ugly EPMS he continues to leave hanging from his seat. Having only fairly recently been presented with a Dutch translation of The Rules, he probably has not gotten to the relevant chapter yet. (It’s called zadeltas, and it defaces your otherwise very fine-looking bike! Rule #29!) We set out, as announced on the site, for Lage Vuursche. Two years ago, two Utrecht riders had joined us there. But that was then, this was now, and now meant nobody. People: how much better can one expect conditions to be on December-focking-20th? Well above 10 degrees Celcius, dry, and a more than manageable southwesterly breeze. For long streteches we actually saw our own shadows. Are there no Velominati here? Do you like the work, or what? It only bothered us momentarily, because soon we diligently continued to discharge the orginal plan, Amerongse Berg included. We got home with an hour-and-a-half of daylight left to spare, a blemish we could live with. 146 kilometers for the convener, 148 for the brother. To underline: Olaf got 148 kilometers even though he barely gets to 4000 kilometers for the year and after October only manages a two-hour mountainbike ride once a week, punctuated by a coffee stop. And he enjoyed it, because long before getting De Regels he grasped the true meaning of Rule #5. As we put away the kilometers, one after the other, we wondered if my cycling mentor and our former neighbor, the legendary Thijs Hendriks (he who in the 1960s raced against, and beat, many a future Tour de France rider; he who well after his racing days could ride around the entire IJsselmeer solo in about eight hours; he who has spoken many words to live by, for example: “come May, you just want to be able to do a 100 kilometers inside three hours again”) had ever made it over the Amerongse Berg in late December. So I called him after the ride, and he hadn’t. That’s the kind of day we had. Vive la vie Velominatus!