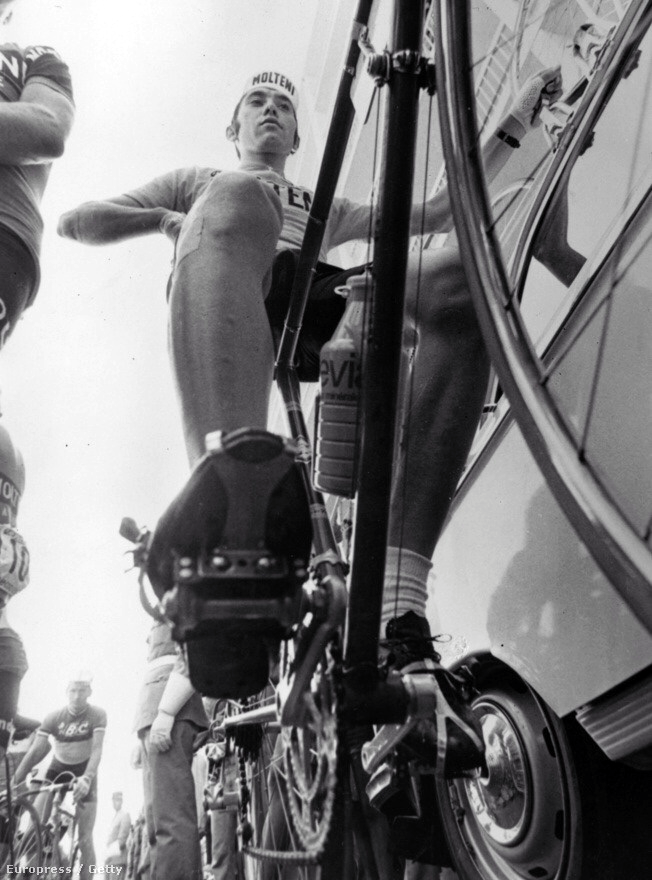 Lean In, Lean Out

I profess to understand every mannerism and habit of the Cyclist. I’m Dutch, and I’m a writer, so it all comes pretty naturally. The problem is that thinking you understand something and actually understanding it are two completely different things; the first is confidence, the second is wisdom; there is no Venn diagram that has an intersection between the two. As we move inexorably towards 2016, I humbly seek to temper my confidence with a (light) dusting of hubris.

I’ll start off, a full three days shy of 2016, with my first acknowledgement of not understanding why we do certain things: this leaning against stuff rather than unclipping business. When I say “things”, I mean objects like fences, light poles, cars, other riders, small marking wands that under no circumstances can hold the weight of a Cyclist, rubbish bins, traffic cones and any other paraphernalia that looks inviting.

It is an undeniable fact that Eddy looks entirely badass in this photo, leaning away like putting a foot down on the tarmac would be an affront to the soles of his shoes. There is, of course, a good reason for it: he finally got his toe clips and straps sorted just perfectly, and he is not about to start over on that sordid affair just to avoid putting his handprint on the team car. We, the modern Cyclist, have clipless pedals and they are quite easy to sort and there is very little at risk when it comes to unclipping, apart from the humility of making a balls of it and falling over like a twunt.

Which brings me back to this irresistible desire we have to not unclip from our pedals. Twunt Tumbles aside, there is really no good reason for us not to unclip any time we come to a halt, a practice which itself should admittedly be kept to a minimum. Unclipping is a prime opportunity to demonstrate to the world our ability to Wait Properly. But none of us want to do it. We’d rather wobble about in some sort of balancing act as if putting a foot down were admitting defeat to gravity or the coriolis effect or some other such nonsense.

And careful with the car lean, you might just piss off the wrong driver.