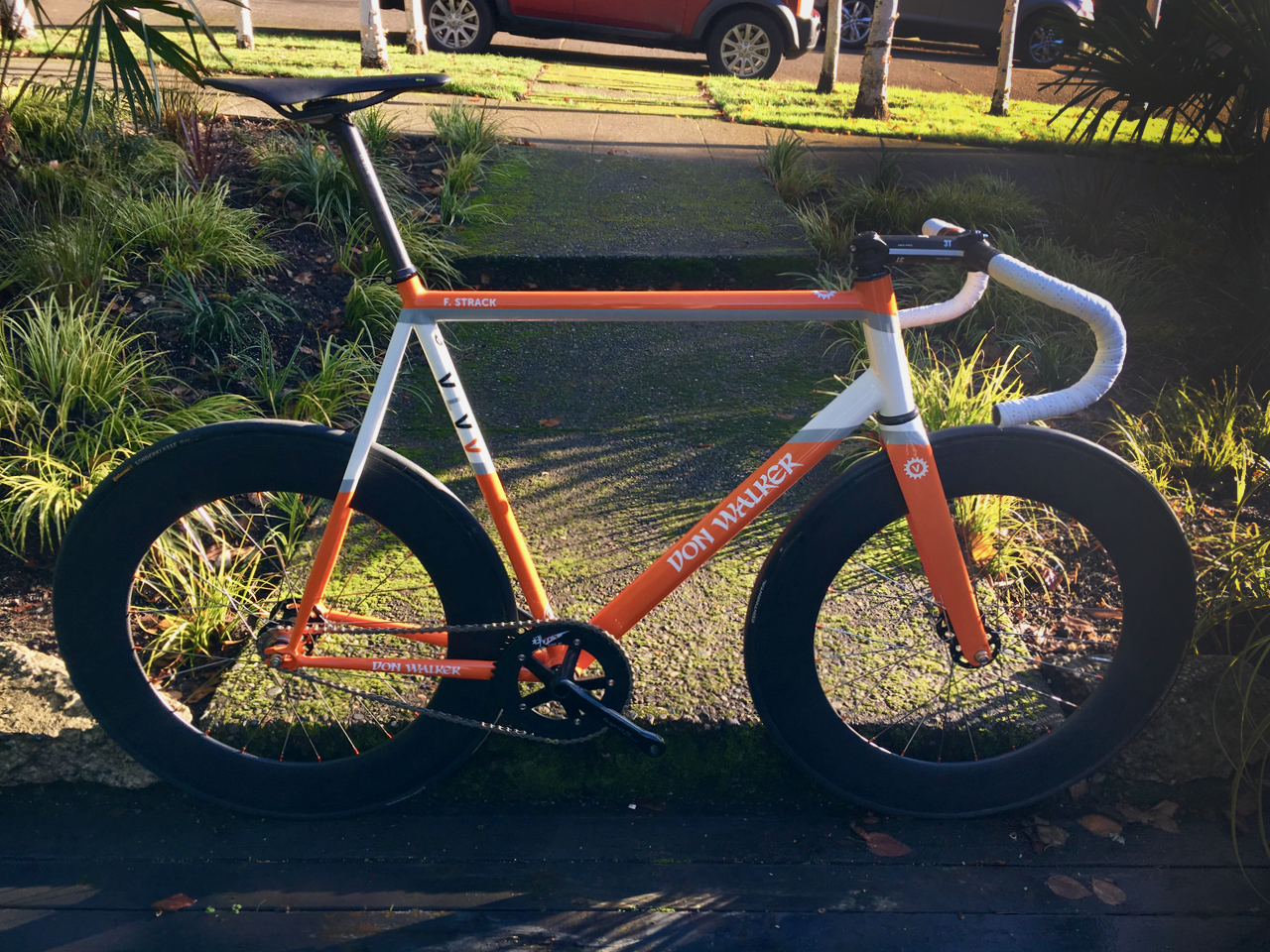 I won’t hold liking cats against you, but if you don’t like dogs, you’re dead to me. Some things aren’t left to opinions, like whether Star Wars is good or not. You’re free to be an outlier – and I loves me some outliers and I loves me a rebel – but in some cases, being an outlier doesn’t make you clever. It just makes you wrong. Also, the Laws of Physics show that the more lightsabers you have in a movie, the better the movie. Except for Episode I and The Matrix, two anomalies which balance each other out.

Similarly, loving carbon bikes is no crime. They are light, they are stiff, and many (most) are beautiful. My stable is filled with them. But a bike handbuilt by an artisan in a small workshop is something different altogether, and each one’s singular beauty is not a matter of opinion, unless you’re comfortable being wrong. I only have one so far, and it’s the custom steel I had made by NAHBS founder, Don Walker for my failed Hour ride last summer. (I’m planning a rematch with Weather this coming June.)

At this point every bike I own is custom, if only the paintwork. But even then, having a hand in how the bike is finished bonds you to the machine in a way that off-the-peg bikes simply can’t. And my Walker, even though I don’t ride it as much as a practical bike (you know, one with gears and brakes) every time I climb on it, I can feel its magic. There is something about custom in general and steel in particular that feels uniquely magnificent.

We’re in a crisis, my fellow Velominati. The North American Handmade Bicycle Show is only a few weeks away and I just heard from Don that many of the builders who have been stalwarts of the event are struggling to the point that they can’t afford to attend, much less keep a booth there. People aren’t buying bikes as much as they were, apparently, and the bikes that are being bought aren’t custom, handmade ones. We’re buying kittens, not dogs. Cyclists are watching Star Trek, not Star Wars. It’s a fucking disaster.

This isn’t a call to go buy a custom frame, we aren’t made of money. But it is a reminder that there are giant corporations behind some bikes, and there are individuals behind others. And if you’re in the market for a bike, I’m asking you to remember that. And if you aren’t in the market for a bike but love looking at them, I’ll be at NAHBS this year (in godforsaken Salt Lake fucking City no less) and I’ll look forward to seeing you there.

159 Replies to “Support Your Local Framebuilder”