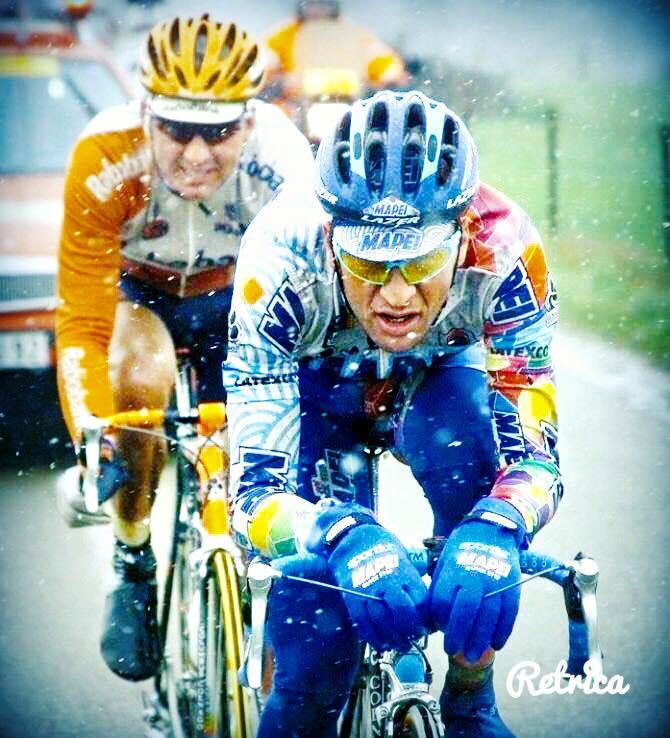 Breathing Through Your Ears

Suffering is part of Cycling the way alcohol is part of liver failure: they are obviously connected but it’s too much fun to stop and think about why you do it. Grace finds us through La Volupté, but her touch is rare and we generally are far better acquainted with her husband, The Man with the Hammer. That guy is a bit of an asshole.

We typically don’t want to let anyone we’re riding with know how much we’re suffering, but I do admit to indulging in a Virenque or Voekler-style Five-Face to further bewilder the passing traffic while I’m killing it up the local leg breaker or crushing the 53×11 while overtaking the cars along the various boulevards in town.

But any time I’m riding with someone, I go to great lengths to ensure I hide my suffering in totality. I’ll start chatting to the rider next to me whenever I hurt. Or when I don’t hurt but I know they’re hurting. You know the drill. Bernard Hinault used to attack whenever he felt really like shit because if he was off the front, no one could see how much he was suffering. That’s a really good way to go about it, so long as your name starts with “Bernard” and ends with “Hinault”.

There is an expression in Cycling, “Breathing through your ears”. It’s meaning is twofold; on one hand it means you’re feeling desperate to open up any orifice in your body to allow more oxygen into the organism, on account of the wholesale suffering that you’re experiencing. On the other hand, it means you’re also not breathing through your mouth, for fear of betraying your Suffer Monkey Score to those you’re riding with.

65 Replies to “Breathing Through Your Ears”