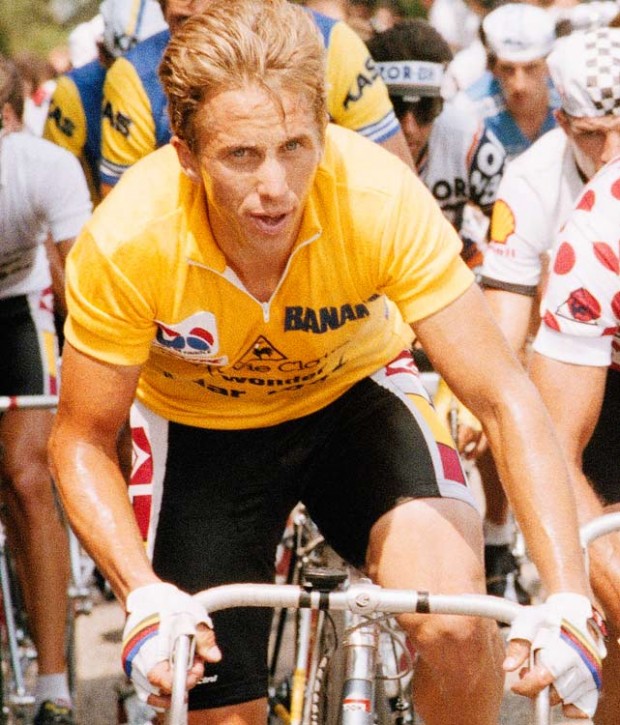 If I spent half a summer riding with one hand on the tops and one on the hoods, I spent the other half riding with each hand deliberately gripping the hoods differently. As any young Cyclist growing up in the United States in the late 80s, I had a major thing for Greg LeMond.

I imagined Greg to be the perfect Cyclist, as youth often does of their heroes. I modelled my position on his; when Scott Drop-Ins became available, I hastened to save up for a set and mounted them on my bike. In the interim, I mounted some mountain bike bar-ends on the drops of my regular Cinelli bars. (If I could ask Greg one question, it would be whether he ever actually used his Drop-Ins in any race situation. I’ve never seen a picture of him riding in them, and after having owned a set, I can tell you those babies were the flexiest bars I’ve ever had on a bike.)

But I digress. Back to me and my BFF, Greg LeMond. However much I idolized him, one personality trait I knew we didn’t share was an obsessive/compulsive need to have things be symmetrical. I am all about symmetry; my hoods have to be mounted at exactly the same height, the cables have to emerge from the bar tape at exactly opposite the other side, the gap between the tape and the stem has to be exactly the same on both sides of the bars. LeMond did not share this compulsion, a fact most readily demonstrated by how he gripped his hoods with each hand usually sharing a different number of fingers in front and behind the brake levers.

I could understand that people might differ on precisely how many fingers should be in front of the levers and how many behind, but the idea that one could grip their bars with an uneven distribution across hands completely blew my adolescent mind. If I was going to win the Tour some day, this was obviously a skill I needed to have.

But I couldn’t do it. It drove me crazy – it twisted my guts up inside. And that was when I realized I would never become a Pro Cyclist, if I lacked such a basic skill.

But every cloud has a silver lining, and with my failure came an interest in the various ways one could grip the bars. The first obvious point to make is that the classic “three-position bar” actually offers about a trillion positions, although I admit I lack both the skill and the fortitude to count them all, and am therefore unable to confirm that figure.

I find the hoods offer the most interesting position variations; depending on how you grip them, you can stretch your back or shoulders, settle in for a relaxing spin, or go low and aero for some Passista hammering. Most importantly, if you add a scowl or a grimace and a little bend to the elbow, you can instantly look the Flandrian Hardman.