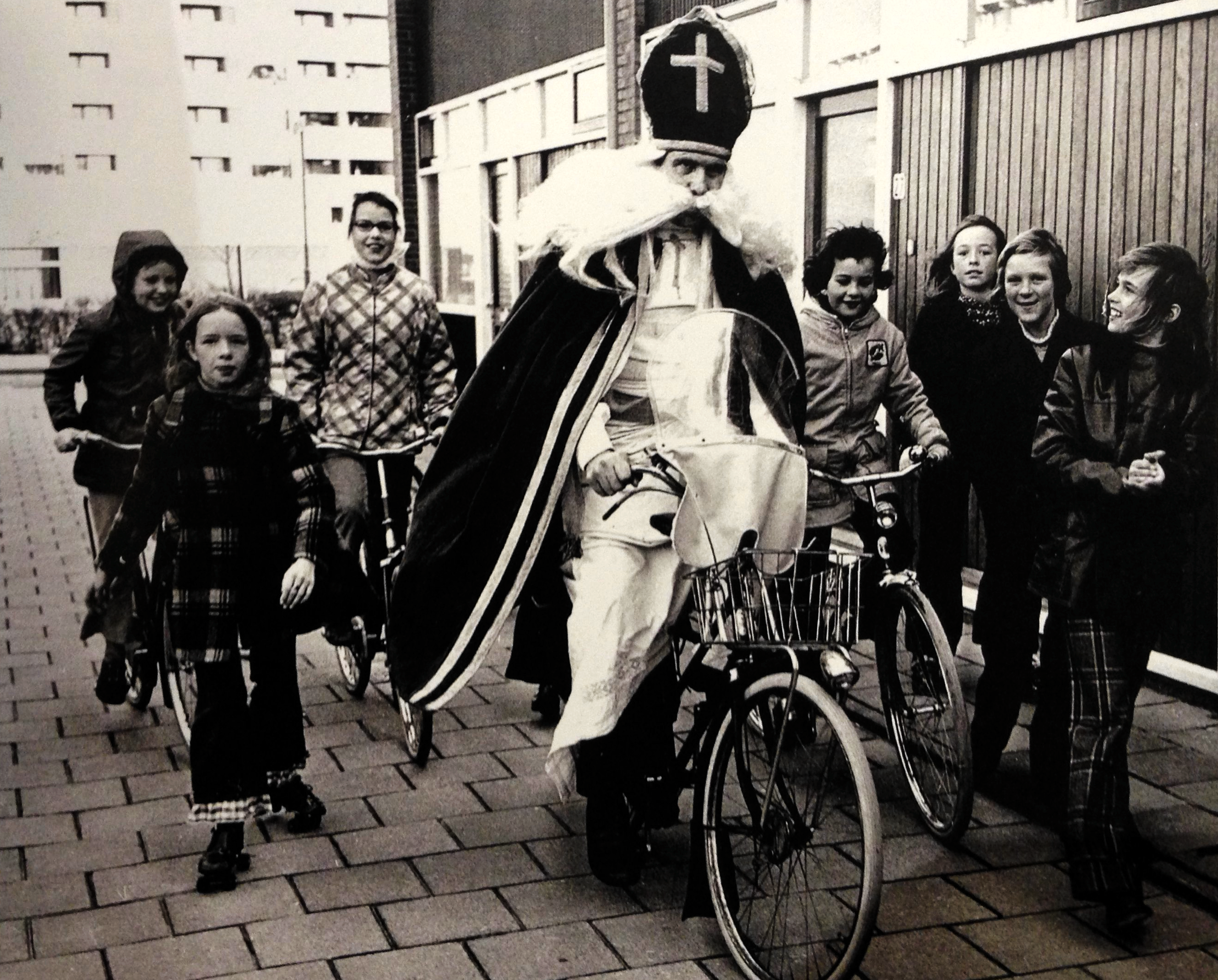 Today is a pretty important day in the Netherlands (and Belgium). It’s the day we pull rank on those who only celebrate Christmas. While the rest of the world awaits December 25th for Santa to deliver a new bike, for the Dutch December 5th is the eve of Sinterklaas, or “Loot Day”, as I like to call it. Settle in for an uncharacteristic Velominati Cultural Lesson.

December 6th is Saint Nicolas’ birthday, and every 5th of December he and his “helpers” travel through the Netherlands to deliver gifts to all the boys and girls. In yet another example of the many ways the Dutch have shaped global culture, Santa Claus is derived from the Dutch name for Saint Nicolas, Sinterklaas.

Although the tradition of a Saint delivering gifts to children across the land is shared by both the American Christmas and the Dutch Sinterklaas, the style of the gift-giving is very different. My family being anything but “typical”, I can’t speak first-hand about how a typical Dutch family celebrates, but I am to understand it’s fairly similar to what my family did.

The evening starts off with singing various songs, among them “Zie Ginds Komt de Stoomboot” (“Here Comes the Steam Boat”), “Zie de Maan Schijnt Door de Bomen” (“The Moon Shines Through the Trees”), and the all-time classic, “Sinterklaas, Kapoentje” (I actually don’t understand this one; a ‘Kapeon’ is a castrated hen).

When we were children, my dad would leave the room after we sang to go “work on the car”, which conveniently always had engine trouble on Sinterklaas. Shortly thereafter, Zwarte Piet would throw pepernoten into the living room through open doors and windows. Flying Pepernoten had the effect of sending me into terrified hysterics. Most of my memories of this activity involve me hiding behind the couch, crying. This would also be a great time to remind Young Frank of Rule #5. (Little known fact: Zwarte Piet happens to be exactly my dad’s size and wears the same overalls as my dad uses for car work.)

After the pepernoten, we would sit down to fresh-baked rolls for dinner. To our perennial surprise, we would each discover a small, rolled-up note inside our roll. Upon the note was found a riddle, the answer to which revealed the location of the evening’s first gift. We would all scurry off around the house to retrieve our gifts and return to the table to open them. The meal was hastily finished before festivities could continue.

Traditionally, the Dutch also make what are called “Surprises” (pronounced “sur-pre-sus”) which consist of a gag gift and one or more clues which lead to the real gift, or a poem. A Surprise with a “gedicht” (poem) makes as much fun of the recipient as possible; no holds barred. Let me put it this way: sarcasm is not lost on the Dutch. We may have invented it.

In addition to a gedicht, a Surprise may also involve a gag-gift which needs to be disassembled in order to find the riddle that instructs the receiver of where to find their real gift. A classic example was my VMH’s first Sinterklaas with my family. At the time, she was working in a medical research lab as a lab scientist. She received her Surprise from my mother: a small, low dish filled with a green slime with a slip of paper at the bottom. Accompanying it was a note that read, “There’s something fishy in this here petri dishy.” She had to dig through the slime (we were told it was Jell-O) to get the note out and retrieve her gift.

What is particularly nice about this style of gift-giving is that it encourages the giving of thoughtful gifts. There is usually less gift-giving (the Dutch also invented stinginess), but everyone waits their turn and pays attention to the others while they open their gifts; gift giving becomes something everyone joins in to together.

So, as the rest of the world sits around waiting for Santa and his sleigh to deliver your loot; I’ll be spending my day trying to figure out how Sinkerklaas plans to disguise the Shimano Di2 ‘Cross bike I asked him for. And I hope his horse doesn’t crap on it.

To each of you, we wish you a Gelukkig Sinterklaas.