The V is a Universal Truth 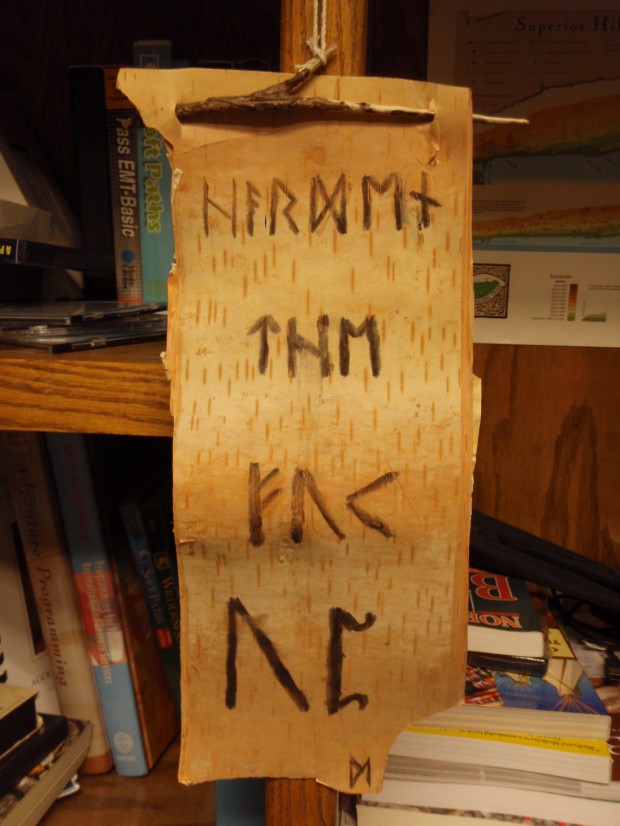 I’ve got some really cool students. Every year I instruct a course in winter camping, whereby a group of students and I go out into the BWCA wilderness for a few days. Last year’s trip was particularly interesting. It was fairly cold by Minnesota standards with temps dipping into the -30F range at night and not climbing over 10 above or so during the day. The group was also particularly motivated when planning their route and decided to average 8 to 10 miles per day with an 18 mile “push” day.

If you’re unfamiliar with frozen lake travel on skis while pulling pulks, these distances are quite ambitious, especially for the uninitiated. As the instructor, I feel it is my job to facilitate the decision-making, keep everyone involved in the process, play a little devil’s advocate, and raise students’ awareness of the pros and cons of such an undertaking. In the end though the decision must be theirs and they must take ownership. This group was all in. To which, perhaps at some peril, I said “okay, let’s do it, but when it gets interesting out there we’re all going to have to harden the fuck up.” This added serious additional motivation to the plan and there was no looking back. They gave it the berries.

Fast-forward to a sea kayak trip in early May on Lake Superior where I happened to casually mention to my students that we needed to “keep it in the big ring”. Water temps that time of year in the Big Lake are right around 34F and I think my comment had something to do with the importance of completing our kayak rescue sequence. They took that to heart as well.

Upon returning to campus a student of mine named Levi brought me the parchment you see in the above photo. It reads “HARDEN THE FUCK UP” in either Runic or some old Norse alphabet. It hangs on the shelf above my desk. At least once a day Levi will poke his head in my door and point to the birch scroll he made for my office. This serves both as a reminder to me to live the V and as a demonstration of his personal commitment to the V.

The cool thing is that neither Levi nor any of my other students are cyclists. Sure, they ride bikes but they know nothing of the V on the road as a Velominatus does. But, to paraphrase the U.S. Constitution, they hold those truths to be self evident. Those truths being that one must Harden the Fuck Up and Keep it in the Big Ring if one is going to realize the maximum benefit that only maximum effort brings. They say it to each other all the time in order to spur one another on: to practice one more kayak roll, do one more climb, or ski or paddle a few more miles.

Chapeau Levi, and to the rest of you, for living the V.

15 Replies to “The V is a Universal Truth”