Guest Article: The Art of Noodling 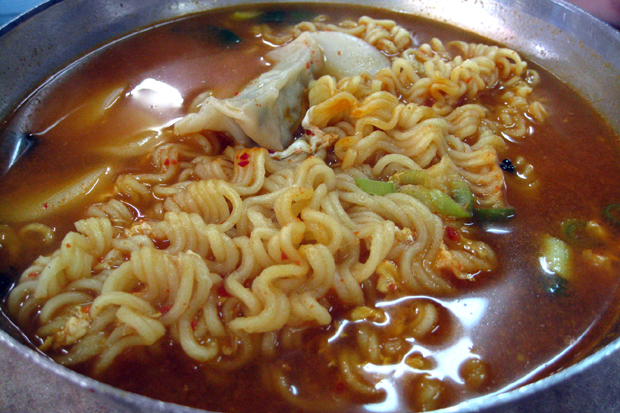 Like almost anything in Japan, the creation of noodles is a deeply ritualized art. Recipes are closely guarded secrets, and cooks apprentice for many years in the creation of a restaurant’s specific type of noodle.

Not surprisingly, this type of ritualization can be appreciated by the Velominati, and Cyclops (who happens to be a bit of a gourmand with a particular interest in Southeast Asian foods) has drawn the parallel here and classified the progression through La Vie Velominatus into different types of “noodling”. A unique approach to say the least, but not without merit. Also note that I skipped lunch and the Article Photo may be skewing my impression of the approach.

Yours in Cycling,
Frank

Noodling falls into three distinct categories.  The most common noodling – Level 1 Noodling – is usually done unawares by the common cyclist but true art is achieved when one does something exceedingly well without thinking about it.  It just naturally flows from the inner being.  It is when he or she is out solo and is just turning the pedals with no pressure on them.  They might be commuting to work in no hurry or going to the park and Sturmey-Archer 3-Speeds and Birkenstocks are usually involved.  A quick Googling of cycling in Amsterdam confirms that the Dutch excel at this level of Noodling.  Beautiful young women with Dutch accents, flowing skirts, and flowing hair gliding down cobbled lanes with windmills in the background can’t be considered anything but art.

Level 2 Noodling is an entirely different animal.  This level is usually done by the serious/competitive cyclist and is usually performed in one of two ways.  The first being the solo recovery Noodle.  At first glance it seems as though this version of Level 2 Noodling wouldn’t qualify as art.  I mean any meathead can plop some cash down for a discounted Discovery Channel jersey and plod along at 24 kph.  But when we consider that the average competitive cyclist has an extremely hard time not going all out all the time we see that there is more than meets the eye going on here.  What looks like a Lance Armstrong wannabe (Cadel Evans for those on the bottom of the planet) to the outside observer is actually a practice in refinement.   The artist is honing his skills by relaxing the shoulders, all the muscles in the face go into Ullrich mode.  There is a smoothing out of the pedal stroke.  Little details that are ignored when one is in the red zone or pedaling squares come into focus and are given the care and nurture given to the grapes in a French vineyard.

The other version of Level 2 Noodling is the one I like best – because at this late stage of the game I doubt I’ll ever reach Level 3 Noodling.  This version is also known as the early season training ride.  While one might see the aforementioned meathead out on the roads of summer you’ll never see him under the overcast skies and single digit temps of late winter.  While Meathead has been busily stuffing Cheese Whiz in his face at the neighborhood Super Bowl party we’ve been sitting on the trainer watching race videos and chomping at the bit waiting to get out on the road.  I actually like riding in early season cold weather kit more than the mere bibs and short sleeve jerseys of the heat of summer.  A serious artist has all the tools of the trade at his/her disposal.  Neoprene booties, windproof bib tights, long sleeve jersey and matching wind vest, various base layers and different weights of gloves.  These are the signs of someone that loves what they do. We may not get paid to do what we do but there is a certain level of professionalism to the matching kits, the immaculate bikes, and desire to be true to the art that Meathead will never understand. While going at this solo is commendable there is something truly sublime about a group of friends in a double paceline easily cruising in the stillness of (very) early spring.  The only sounds being that of the casual chatting and well maintained drivetrains.  No testosterone flowing.  No attacks by the Cat 2.  No urgency in the pedal strokes.  This is Level 2 Noodling at its finest.

Level 3 Noodling.  This level is reserved for professionals and those at the highest levels of racing.  It is when someone such as George Hincapie or Philippe Gilbert is at the front driving the pace all the while oblivious to the damage he is doing to those behind.  They are in an effortless zone that is free of suffering.  A walk in the park. Yet those behind are struggling to hold their wheel.  I would think that the satisfaction that comes from this level of Noodling could almost rival that of crossing the finish line in victory.  As mentioned above – most of us will never reach this level but sometimes the gods smile and peel back the veil and we get glimpses of it.  Like when the casual acquaintance that fancies himself fit dusts off the old 10 speed to join you on a “ride”.  Or when you see a rider struggling up the climb a half kilometer up the road and you smile to yourself as you reel him in in the big ring.

127 Replies to “Guest Article: The Art of Noodling”