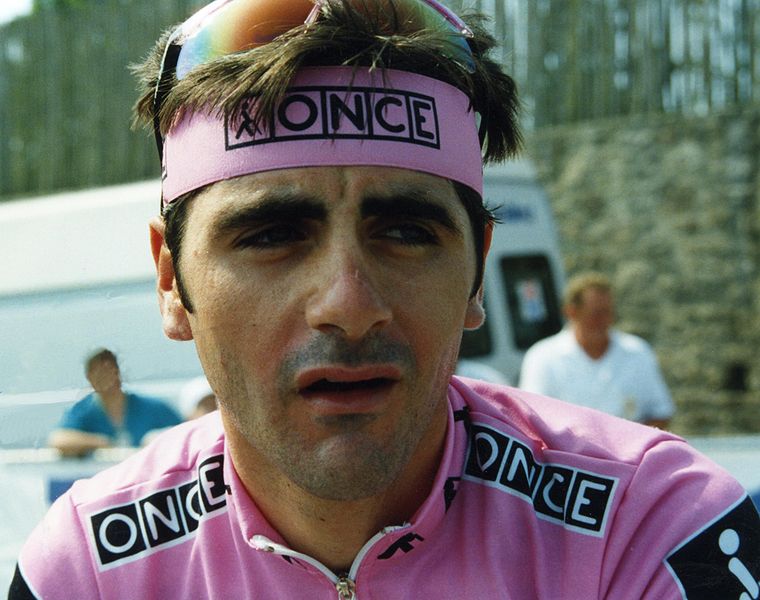 In Memoriam: The Headband

Like the Spinaci bars, the headband was cool, effective and disappeared quickly. While the Spinaci was outlawed by the UCI for being too radical, the headband couldn’t co-exist* with the newly arriving hard-shell helmet and it said arrivederci, I’ve heard something about this ‘step aerobics’, I’ll go there.

Headband crossed national boundaries: Jean-François Bernard, Roberto Visentini, Dag Otto Lauritzen and Davis Phinney all engaged them with aplomb. It was form and function. Who doesn’t want to keep the eyes clear of sweat and who doesn’t want to look more awesome? Who, damn it?

This was more than a sweatband, for sponsors it was a chance to increase the billboard surface area. For certain riders it was also fashion statement, like extra wide bell bottoms were a fashion statement. Pulling off the headband required having good hair or at least high hair. One would think Super Mario should have killed one (hair and Italian) but no, headband would interfere with his succession of perms and hair gels festivals. Even Mario realized he could have too much going on up there. On the other end of the spectrum, Sean Kelly would never have worn one, (god, please don’t let someone here find a photo of this). In the middle of the 1980’s spectrum, experimentation was rampant, they were rocked by Hinault and Fignon. It was a crazy world back then.

*Gert-Jan Theunisse somehow made it co-exist, as only he could (see below).

78 Replies to “In Memoriam: The Headband”