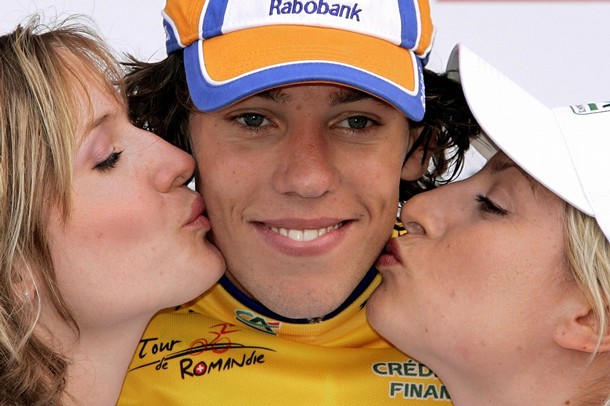 It was announced this morning that Thomas Dekker tested positive for EPO on Christmas Eve, 2007.  He was reportedly caught by studying blood values using the new Biological Passport; after reviewing his data, WADA requested his old samples be retested.

“The UCI’s request is based on two elements of evidence collected within the biological passport programme: Mr Dekker’s haematological profile and a laboratory report indicating the detection of recombinant EPO in a urine sample.

“According to a panel of scientific experts, the haematological profile established from blood samples collected from Mr Dekker in 2008 and 2009 demonstrates convincing evidence of the use of the prohibited method of enhancement of oxygen transfer.”

The good news here is that it’s very promising news that the passport program managed to snare him, but it does raise some questions as to why he would be taking EPO during the off-season.  It leads me to wonder if a rider is topping off all year round, will their blood values appear consistent or “normal” despite the use of doping products as Bernard Kohl has claimed?  I am not nearly well-enough informed for this.  My other question in this area is, why are the riders doping year-round?  My expectation would be that the drugs are used to produce a special effect at specific points of the season – I would never have expected them to take drugs during the off-season.