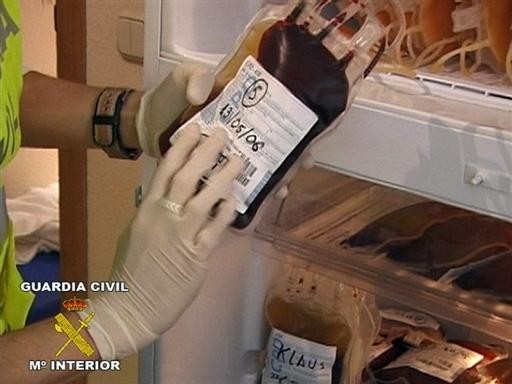 We’re huge pro cycling fans. Michelle and I both get very involved with particular riders; for Michelle her favorites have been Jan Ullrich and Marco Pantani; for me, it’s been Ullrich, Pantani, and Ivan Basso. It seems we’re bent on loving riders who eventually get wound up in some sort of doping mess, and it’s getting really frustrating.

Cycling is arguably the most difficult sport in the world; a three week Grand Tour is no small thing; four to eight hours in the

saddle day-in, day-out, and over some of the biggest mountains you can find. But it’s not just the three Grand Tours that are hard; Paris-Roubaix and the Tour of Flanders combine 240+ km races with some of the roughest cobblestones you can find and, in the case of Flanders, some of the steepest hills you can imagine.

Our frustration with doping in cycling is not so much because of the doping itself, but the way it’s being handled and treated by the press, the various cycling and doping governing bodies, and the teams themselves. Ideally, cycling should be a clean sport – I don’t think anyone is arguing about that. But we should also be realistic and recognize that doping has been a major part of the sport since the beginning. Especially in Europe, cyclists are brought up on a doping regimen from the amateur ranks all the way up through the pro ranks. And, upon retirement, many pros become Director Sportifs. It is no small wonder then, that there is organized, systematic doping throughout most of the pro teams.

Strikingly, cycling is the most intensely drug tested sport in the world. This season alone, more than

1000 anti-doping controls have been already conducted this year – all of them negative. Part of the problem here is that many of the items on the World Anti-Doping Organization’s prohibited substances list can’t be tested for, and for those that have tests, teams and riders have clever (if not always appealing) means of getting around them. In fact, the teams and riders are so good at getting around the controls that one begins to seriously wonder what, when a doping test does come back positive, went wrong. Was the sample tampered with or did the rider make a foolish mistake? But, in all cases, when a test comes back positive, everyone is shocked. The teams, the riders, everyone puts on a big show. The teams – who no doubt organized the doping regimen in the first place – act as though they’ve been deeply betrayed by the rider, sack him immediately, talk about what a shock it is, that they never saw any suspicious behavior from the rider, and that they will investigate their team to make sure everyone else is clean. The cyclist is not only being singled out for doing something everyone else is also doing, but is a victim of a vicious double standard imposed by the team: you have to dope to succeed, but if you’re caught you’ll be fired.

This isn’t to say the rider isn’t doing something wrong: everyone has a choice in the matter, and doping is cheating. But these riders are brought up in this environment, and when everyone else is doing it, it is very easy to justify the act to yourself. It seems an impossible choice for the cyclist, and the cyclist bears a disproportionate burden: they’re putting their health at risk by taking the drugs, and they’ll be vilified by their teams should they be caught.

But it does seem drugs have gotten much more powerful in the last 20 years. For example, the stage of the Tour de France to Luz Ardiden

generally follows the same pattern: 60-80km of relatively flat roads to the base of the Col d’Aspin. From there they ride over the Aspin, Tourmalet, and finally up Luz Ardiden. The first time they rode this stage was 1985 and the average speed was around 25 km per hour. The next year, Greg LeMond finished the same stage in 26 km per hour; roughly the same speed. Then, in 1990, LeMond raced to the top of that mountain at 39 km per hour. That’s a significant improvement. Today the speeds are even higher; Lance Armstrong won the stage in 2003 at around 42 km per hour. Training practices and equipment have become much, much better than they were in the 80’s, but I find it hard to account for the difference between 1986 and 1990 by just those factors. The late 80’s and early 90’s coincides precisely with the time that EPO is rumored to have arrived in the pro ranks and it likely accounts for at least some portion of the increase in speed we’re seeing.

Cycling’s public fight against doping started in the 60’s when British rider Tom Simpson died on the Mont Ventoux in the Provence region of France; an autopsy later revealed doping products in his system and they were ultimately blamed for his death.

he later admitted were for the Festina team where a team-wide, systematic doping regimen was in place. This came amidst rumors that powerful drugs such as EPO were in wide-spread use in the pro peleton, and it started the trend of the modern witch-hunt approach to finding the “cheats” among the pro ranks. This approach usually involves a laboratory or government group leaking privelaged information about a dope test or doping investigation to a newspaper, and Cycling’s governing body – the UCI – takes a reactionary and half-measure approach to it in what seems to be a largely political maneuver to appear that they’re doing what they can to fight doping. Usually, WADA jumps in at this point and Dick Pound flaps his gums about how evil cyclists are. Top-ranked riders such as Marco Pantani were targeted and accused without so much as a shred of actual evidence, their names drug through the mud, and their careers ruined. In the case of Pantani, it tragically ended with a drug overdose that may have been suicide but was certainly the result of a severe depression brought on by the accusations against him.

The witch-hunt tactics continued throughout Armstrong’s career; and although Armstrong was constantly

being investigated or sued or accused by one group or another, no claims ever stuck, and he never tested positive. Then, one year after his retirement, a Spanish doping investigation dubbed Operation Puerto broke during the Giro d’Italia. The style in which this case has been handled in the press is absolutely reprehensible. First of all, all the major communication and accusations have come via the Spanish newspaper, El Pais; not from the organizations performing the investigation, and almost no evidence has been found against any of the accused. And, what documents have been produced in the case appear to have been forged, falsified, or otherwise tampered with.

Puerto started when Spanish authorities arrested a doctor, Eufemiano Fuentes, and a Director Sportif of one of the prominent teams in the Pro Tour, Manolo Saiz. The doctor was caught with bags of blood which were suspected to be intended for the use of blood-doping and his offices were raided. 58 riders were named in the investigation, many of whom were top-level riders including Jan Ullrich and Ivan Basso. Weeks went by and finally, in the final days before the Tour de France, many were suspended – including Ullrich and Basso. Part of what continues to boggle my mind is that Fuentes had the names, hotel rooms, and phone numbers of two major riders – Alejandro Valverde and Alexander Vinokourov – in his wallet, but they have somehow never been strongly named in the investigation. This circumstantial evidence seems at least as strong – if not stronger – than the evidence pointing at riders like Ivan Basso, but somehow it hasn’t stuck. At least not yet.

The case was finally dismissed and closed, and all the riders – except Ullrich – were cleared and allowed

to race again. Then, this past winter, DNA comparisons were made between Ullrich and several of the bags of blood found in Spain, and the result confirmed the blood was Ullrich’s. Now, of course, this doesn’t prove any doping happened, but apparently it’s enough convict him of it.

Ullrich’s DNA match caused a new flutter of interest in the case, and most countries re-opened their investigations of the accused riders – including Basso. Now – again weeks before another major Grand Tour – riders are being forced out and back into limbo.

But it’s not just the riders who are in limbo. The fans are, too. The fans don’t know who to root for, and get their hopes up that they’ll get to see certain people at the races. Then, at the last minute, the tables are turned and it ends up being politicians and newspapers who determine the outcome of the races, not the riders.

For me, I’m getting a bit calloused of the current cycling scene. I’m at a loss to know who to be a fan of; they’re either whiny,

arrogant weasels like Levi Leipheimer, or they’re suspended, or it looks like they will be suspended at a moment’s notice due to ongoing stop-go investigations. I find myself falling back on the racers of the past: Fausto Coppi in the 40’s and 50’s, Eddy Merckx in the 60’s and 70’s, and the Ullrich and Pantani of the late 90’s. Merckx and Coppi both have an unbelievably cool past, but I have to say I’m particularly fond of the 1998 Tour battle between Ullrich and Pantani – it has to be my favorite of all time.

Ullrich was fresh off his first Tour win in 1997 and looked to be the next Tour great. Pantani was a tiny climber who could sail over the mountains like they were molehills. In the ’98 Tour, Pantani – who was notoriously bad at time trialling – finished dead last in the opening day prologue. Ullrich then won the first long time trial and took the yellow jersey. Everyone expected him to hold it for the rest of the race, but Marco had other plans. When the race hit the mountains, it was pouring rain and freezing cold – so Pantani attacked. He attacked on two days: the first was just to win a stage, but he managed to gain enough time that he stood a fighting chance of taking the yellow jersey. The next time, he attacked on the third-to-last mountain from the finish and took 8 minutes out of Ullrich to take the yellow jersey – and keep it. Following is a video of his fantastic riding in the ’98 Tour.

The views and opinions expressed in this article are not intended as a statement of fact. Neither the author nor

Productions warrant or assume any legal liability or responsibility for the accuracy, completeness, or usefulness of any information, apparatus, product, or process disclosed. In other words, this is a fucking blog. Get over it.

17 Replies to “Doping in Cycling”