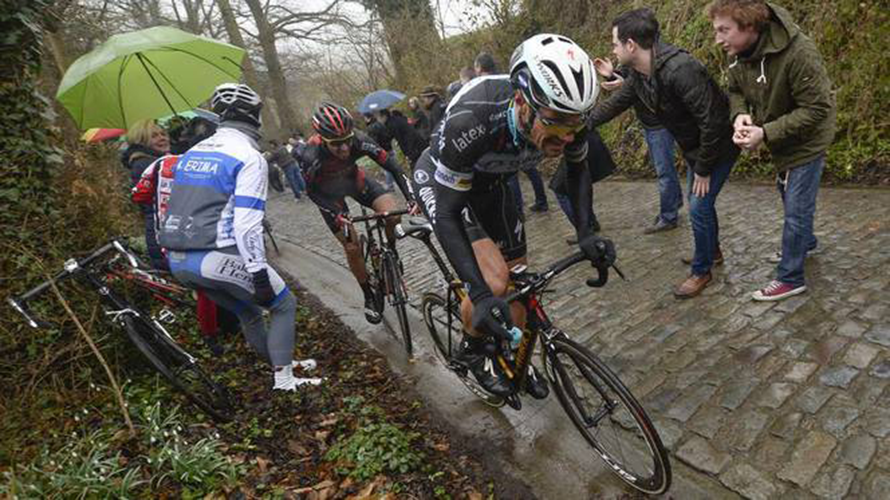 Can you feel that? That itchy, twitchy feeling… that’s anticipation, it’s expectation, it’s Belgian fucking racing fever! You know you’ve got it, and you can’t fight it, you don’t want to fight it, you need it bad because it’s been way too long. Some may call it Spring Fever, Cobblebone, or Kassientitis. It manifests itself deep in the bones, chilling your very core, while simultaneously warming your heart. This is the best time of the racing season, and it’s affecting me more than ever, because I won’t be attending the clinic this year. And that makes me sick.

While the VSP doesn’t kick off until some 300k Italian sprint bores us to death in a couple of weeks, we all know that the real start to the season is this weekend on the bergen of Flanders, and we want the worst possible weather for it. As we bathe in sunshine in the bottom half of the planet, those of us inflicted with the sickness really long to be wrapped in our Flandrien Best and getting dumped on by cold rain and icy crosswinds on some shit-covered road, just waiting to get to the next sector of stones, the next steep and slippery climb, where once on it you curse with all your deep-seated hatred until it is crested, and a strange sense of joy briefly appears, not giving itself up fully until the first Malteni is opened hours later. It’s the medicine that doesn’t cure anything except a lack of Flahute in the system, and that’s just how we like it.

83 Replies to “Shit Gets Real”