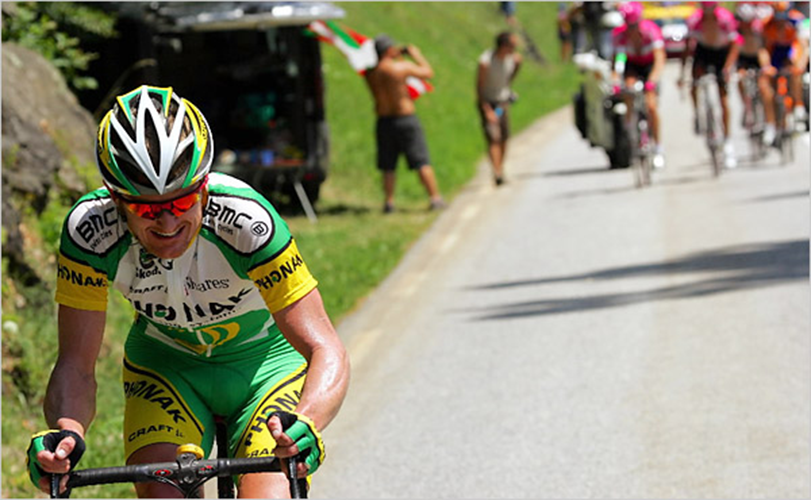 A lot has happened in the last ten years of le Tour, and a lot of it stemmed from the race that took place in 2006. At the time it seemed like yet another “Tour of Redemption” as the organisers liked to claim every few years after something had happened to tarnish the race’s image, yet again. In 06, we were coming off the back of a seven year reign of very little in the way of competition, with most of those races decided in the Prologue and followed by a three week procession. 06 was anticipated as the start of a new era, we just didn’t know at the time how significant it would become many years further down the track.

The pre-Tour build-up had fans frothing with anticipation of an Ullrich vs Basso battle, but that was scuppered at the 11th hour by Operacion Puerto, just what incoming Director Christian Prudhomme didn’t need. Also ditched were Fransisco Mancebo, a young Alberto Contador (yet to be considered a GC contender), and one Alexandre Vinokourov (while not one of the Puerto accused, still unable to start as most of his Astana teammates were pulled, leaving him without a sufficient team). With the two favourites out, the race was anyone’s for the taking. Of course, there was more drama to come.

A crazy break was let go and produced a surprise leader in Oscar Pereiro, who then conceded the yellow to Floyd Landis, who then blew to bits and handed it back to Pereiro, before making the biggest comeback since Lazarus the next day and riding away from the race in a solo effort that still ranks as one of the best ever, no matter how juiced he was. I remember watching the stage live and talking to a mate on the phone, and his incredulity at what we were witnessing. As Landis drank with the fervour of an alcoholic and manically poured water over his head during his escapade, my friend (an ex-road racer at a high level himself) professed that Landis was “cooking” from some sort of drug cocktail and was doing his best to dilute whatever concoction he’d taken, and not blow a positive or do a Tommy Simpson on live tv. How prophetic his words proved.

Of course, that was just the beginning, and the resulting fallout became one of the biggest sporting stories of all time. Landis just about brought down the entire sport with his revelations, and no Tour since has been without some form of scuttlebutt, yet not on that scale. The last few years, while tame by comparison to those preceding them, have been pretty well dominated by each winner and not offering too much in the way of exciting competition; although last year’s end result was closer on paper than the actual race was… which once again leaves us in the same state of anticipation that grips us every year in the month leading up to the start, and then promptly lets us down about two weeks after that, and wondering when the Vuelta starts.

This Tour has all the hallmarks of potentially being a great one, with three guys who have to be considered genuine contenders, yet just one who is most likely to win. We really do need a positive test to liven this one up, or someone to juice themselves so comprehensively that the motor in their seat-tube can’t handle the power from their legs and melts the carbon around the bottom bracket and drops onto the road at the summit of Mont Ventoux. Maybe try and blame it on a chimera twin that drank too many whiskeys the night before and left their bike in the team truck with a bag of someone else’s piss strapped to it. That would bring the crowds back. But seriously, if each of the contenders is on form, we could have one of the best races of the last ten years with some real proper drama played out on the roads, not in the labs or courts and not two, three or seven years from now.

We’re giving you plenty of time to ponder the possibilities, and maybe come up with your own hare-brained scenarios as to what may unfold, or what will most likely bring you those precious VSP points and the honour of wearing the Maillot Jaune for the next year. Will you be daring and go out on a limb that doesn’t resemble that of an anorexic spider? Will you take short odds on a short-ass? Will you stake your claims on claims of a steak? Or will you tear yourself apart with internal conflict like a couple of bitchy Italians?

Whatever you do, there is absolutely no excuse to Delgado this one, we’re giving you plenty of time and it’s not like you can claim you didn’t realise that the race was this week… and don’t whinge if this Start List changes before the racing gets underway, it is provisional after all. Good luck and may the best, or second best, man win.