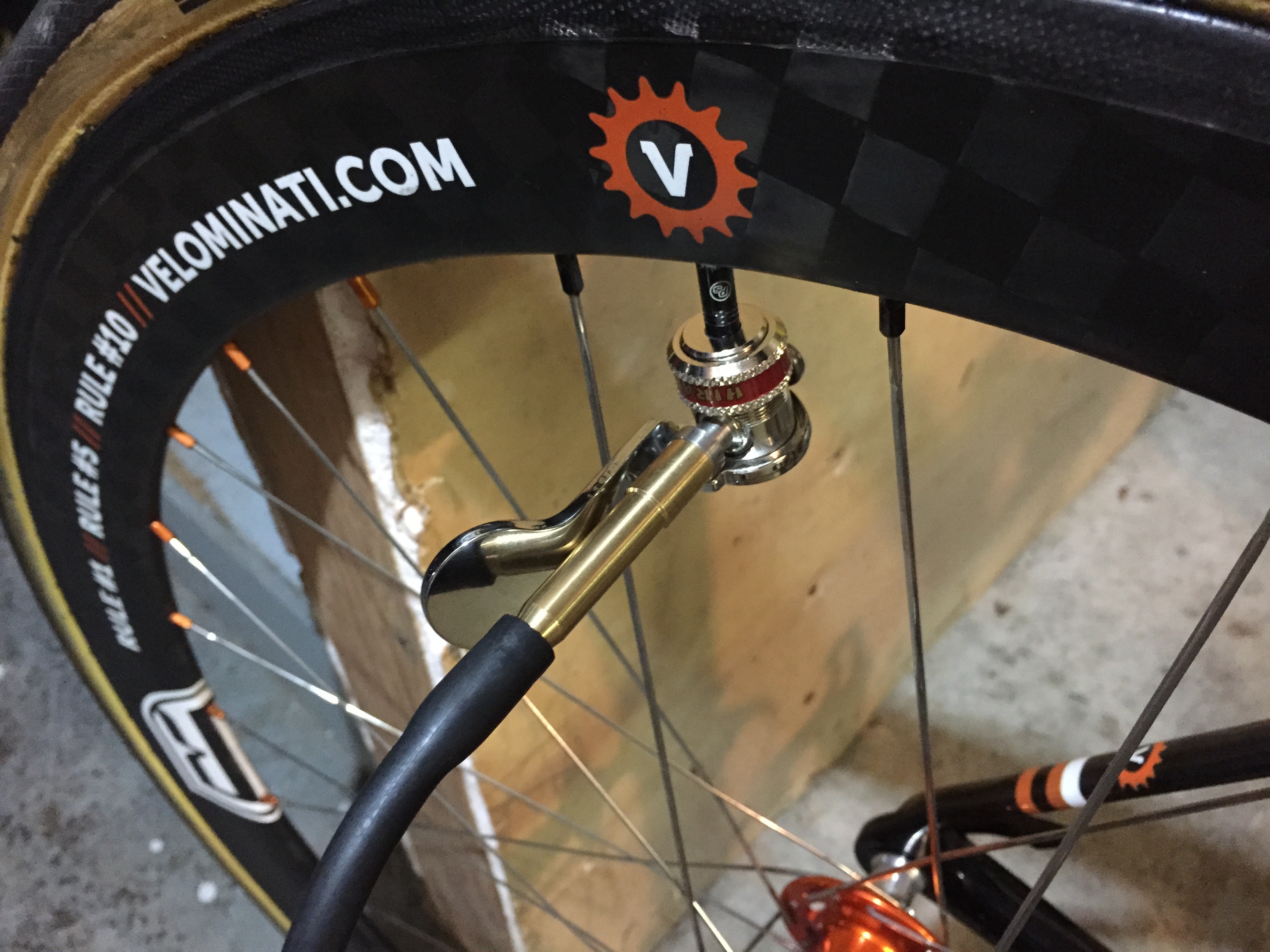 I pump my tires up every single day, and every day it is the only part of Cycling I don’t like. The act of pumping while holding the pump in place is itself a bit of a bummer, especially if you are trying to do it in your Cycling shoes because your brain is too small to contemplate doing it while you’re still wearing your Adilettes. But even under the best circumstances of pumping your tires with rubber soles, it is still just pumping. Up and down, up and down. Is the dial pointed at the right spot? Up and down, up and down. Yuck.

Ignoring all that, the worst part of pumping tires is actually connecting the pump to the valve stem in the first place. My old Silca pumps would always pop off under pressure. Infuriating; if there is one thing I can’t stand, it’s an inanimate object that refuses to obey my strictest orders. At one point I had a velcro strap with a hole in it that I wrapped around the tire to hold it on for me. Greatest pump ever, my ass. Other lever pump heads are so tight you’re likely to tear off your valve stem in the process of connecting or loosening it. Lezyne has the best mainstream solution with the screw-on head, combined with a lovely air-release button you can use to maximum woopie-cushion effect. If, however, you use valve extenders like I do, then it’s maddening to get a good seal on the devil and eventually you lose your patience and ruin the threads, making it as good as a Silca pump head.

Enter the Kuwahara Hirame pump head. @Oli flashed a photo of his a while back and I became immediately obsessed. I was also amazed at how expensive they were, which only served to deepen the fascination. Amazon’s checkout is so easy that I don’t even remember placing the order; all I remember is putting it in my shopping cart. Thusly I was amazed to find one of these little babies in my mailbox a while later.

We Keepers have a pact never to post a Reverence within 6 months of owning a product, but pacts are made to be broken. This thing is insane; I’ve only had it for about a month, and I’m in love with thing. I occasionally walk into the workshop just to look at it. Even when I have nothing whatsoever to pump up, I’ll just flip the lever back and forth and hold it in my hand a bit.

I don’t even hate pumping up my tires anymore. Connecting it is as easy as can be, it holds tight without stressing the valve, and it comes off just as simply.