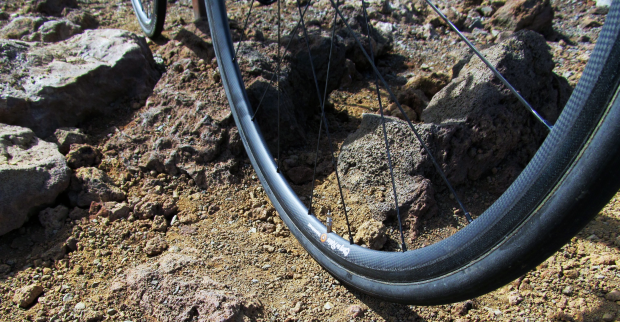 I’m not going to lie to you, friction is an asshole. In the bottom bracket, in the bending of every single link in your chain as it rolls over the cogs and threads its way through the rear derailleur, and in the pulleys themselves, the devils. I cleaned out my rain bike last weekend after a few rides where I was forced to neglect my usual daily maintenance routine and they puked up chunks of grit before they started moving lightly again. Every turn of the pedals, each of those points of friction adds up and take away from your Maximum V Potential at any given moment.

While this next point is true for Cycling in general, it is true for climbing in particular: the trick to riding well is to keep turning the pedals at your current rhythm. Failing that, you just wind up being less awesome than you were a moment earlier. Speed is like time; you can never get it back (it might also be money, but the math is hard to sort out.) You worked hard to get going as fast as you were, and slowing down just means you lose all that effort. What’s worse, if you want to get going that fast again, you have to do all that same work all over again, and even then, you’re just back to where you were, except a little lighter on the V Potential.

Friction may well be an asshole, but its not as big an asshole as gravity. The acceleration of gravity is 9.8 meters per second squared, which means that climbing at a sustained speed is basically like accelerating constantly; in order to climb at that rate, you’re accelerating enough to neutralize the pull from gravity which is trying its best to drag you back down the hill. Not to mention that you’re working against all that friction in your drivetrain.

To summarize, friction and gravity are assholes.

With these two points in mind, earlier this year I had Café Roubaix build me some lightweight climbing wheels. I didn’t really know what climbing wheels are good for, but I wanted to try some and I was thinking that any weight advantage I could find would be a good thing with respect to the winter months and the associated packing on of the wrong kind of weight in the engine room. 970 grams, you say? That sounds good – I’ll have them, thanks.

The first surprise was the box they arrived in, which I was certain must have been empty. Mounting them with tires and a cassette, I got used to how they felt in my hands. Funny how weight works; you grow accustomed to it. When I went to place them in the bike I first removed my rear Zipp 404 from the frame, which in comparison felt like an anchor.

They looked the business installed, but photos do a better job describing that. On to the riding. The first pedal stoke felt good; responsive and light. But nothing crazy, once I got going a bit. There was some more snap, for sure, but it wasn’t like I’d just had a blood transfusion on the second rest day of the Tour or anything like that. But on the hills the world turns on its head as the acceleration of gravity rejoins the conversation. The steeper the gradient, the more the wheels shine; simply put, they just keep spinning. Should you encounter a change in pitch for the worse, apply a touch of V and they spin up like a washing machine.

They almost converted me into a grimpeur. Almost. And, they help answer how the Pros move Sur La Plaque up giant mountains, absorbing changes in pitch like they’re nothing and accelerating away on the steepest sections. I am given to understand that talent and training play a part, but their climbing wheels don’t hurt either. The right tools make all the difference.