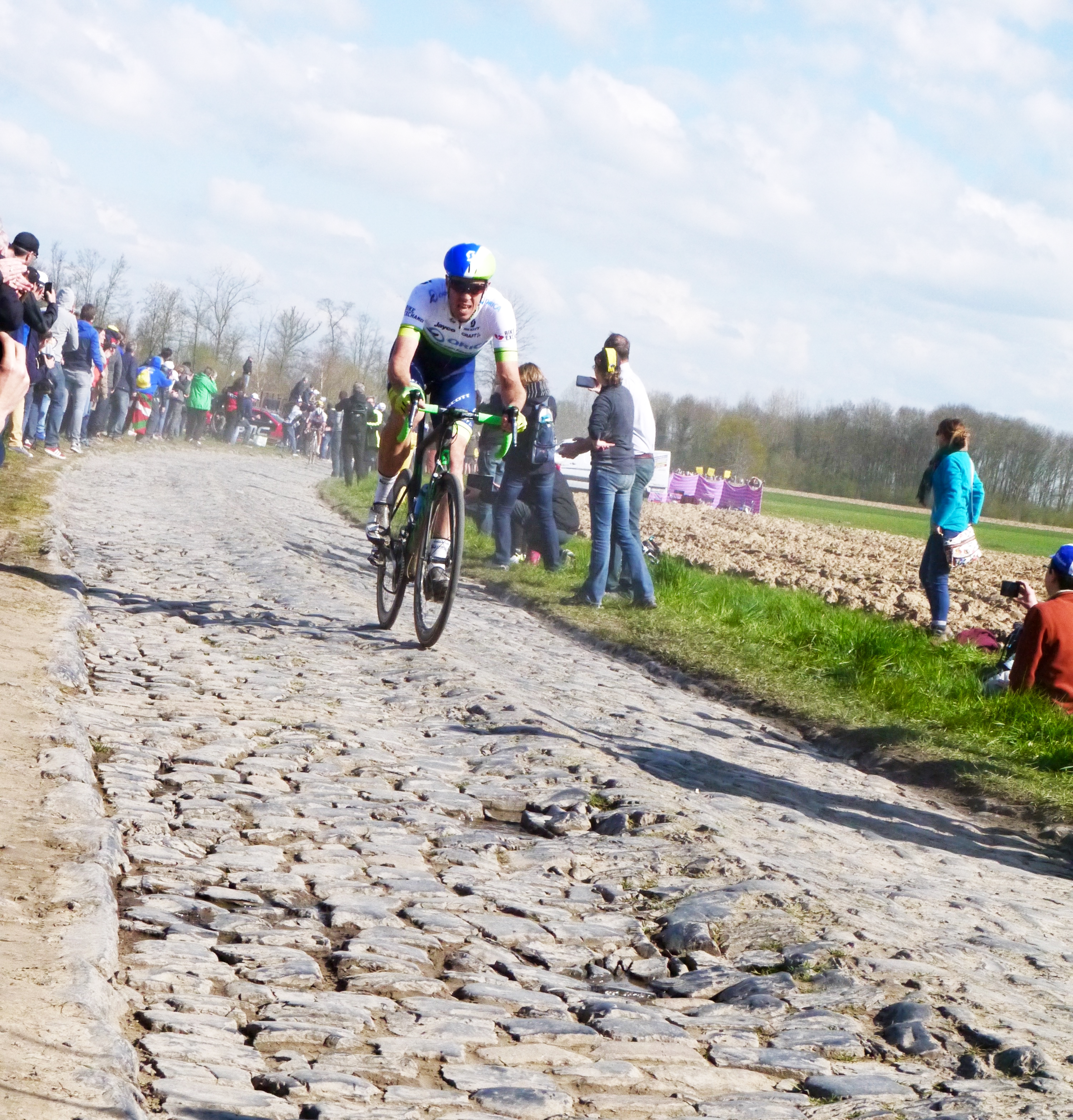 Failure and success are destinations not often visible to the traveller. This is why it is nice to focus instead on the beauty of the journey and try not to be become overly fixated on any particular outcome. It is with some regret that I admit I didn’t invent this idea; there might be a few religions and philosophies out there that have stumbled upon this concept before me. The best you can do when you are born an idiot is read the works of those who weren’t idiots and then proclaim their ideas as your own.

One of the characteristics that separates successful people from the others is less their intelligence or an uncanny ability to get things right, but more their ability to keep fighting even when a situation is hopeless. I haven’t done any research on this, but I can recognize a fact by how it feels, so I’m pretty sure it’s right.

The final of Paris-Roubaix this year was the best edition of the race that I’ve seen during my lifetime and probably the best single bike race I’ve ever watched. It wasn’t so much for the result or the fact that Roubaix is my favorite race, but for the fight that every rider showed. No secteur of pavé is easy, but the Trouée Arenberg and the Carrefour stand out easily as being the hardest of them all. Most secteurs, however brutal they are, hide within them a secret to how to pass through fairly swiftly; they typically have a crown which stands above the rest of the stones and it provides something resembling safe passage. But these two sections are brutal things; the state of their cobbles is such that one imagines a bitter old French road worker dumping wheelbarrow after wheelbarrow of stones along the road, taking a look back at his work and deciding that neatly laid cobblestones are a luxury not everyone is entitled to experience.

The Arenberg comes early in the race; a contributing factor but rarely decisive. The Carrefour, on the other hand, is late in the race and decides everything. The biggest problem is that the riders have close to 250km of racing in their legs, and bad pavé has a habit of stopping your bike in ways we don’t often encounter; blow after blow after blow from the stones in rapid-fire succession, soaking speed from the machine one dirty cobble at a time. Accelerating again once the speed is lost is almost impossible; and if you watch the overhead shot of Boonen diving into the last corner of the Carrefour and coming to a stop, you will see the way he fights with his bike to get it back up to speed. He is not of this world; for us mortals, the ask is too great.

I had given Matt Hayman for dropped at the Carrefour, only to watch him claw his way back. Sep Vanmarcke was off the front. Vanmarcke was brought back by a group that was working together perfectly, and Matt came back to the group shortly after, riding like he would rather his legs fell off or his heart stop beating than give up the race. Then came the attacks in the final; each one a do-or-die effort put on by riders who between the lot of them had nothing left to give. But not one of them ever quit; they would be dropped, but they fought back. Attack after attack, they kept the pressure on and not one of the riders was ever willing to give up.

And in the end, the rider dropped on the Carrefour, when quitting seemed the most sensible thing to do, beat the greatest cobbled classics racer of all time. This is the sort of lesson that Cycling teaches us; never give up, always fight through. I take inspiration from this and apply it not only to my own riding, but to my professional and personal life as well:  You can’t, and you don’t, and you won’t stop.