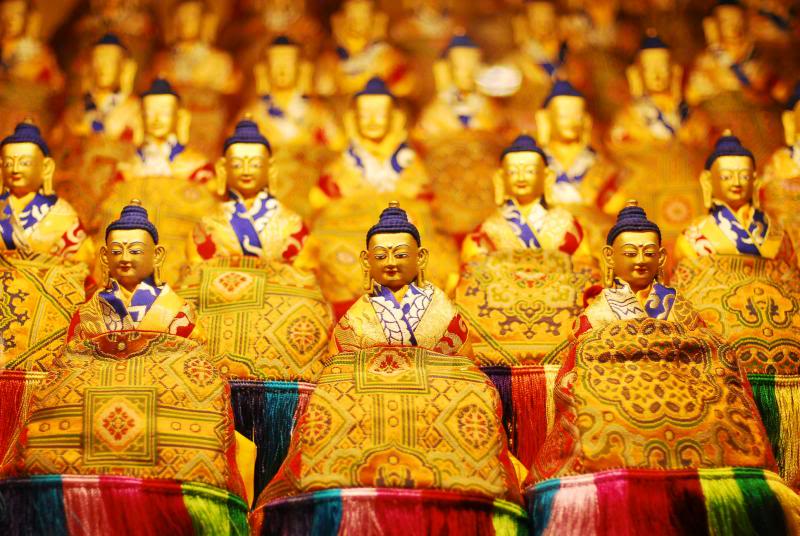 A god I use expletives with, that is a god I can work with; the Buddha, the bikes, the cosmic circle of life, FFS.

I think of myself as a sort of casual, armchair Buddhist. I make a little ritual of sitting down to meditate in the morning–but only most mornings and only for a few minutes. I read a little bit about the tradition, and then I forget what I’ve read. But there’s one Buddhist story that sticks with me all the time. I don’t know if it’s “authentic,” whatever that might mean. Please don’t ask me to cite sources; I used to be a scholar but not of Buddhism so I won’t oblige your request.

The Buddha is talking with a student (what else does he have to do?), and he says, “If I shot you with an arrow, would it hurt?”

The student replies, “Yes, Buddha, that would hurt like a motherfucker.”

The Buddha continues, “You’re damn right. Now, what if, having shot you with an arrow, I then shot you with a second arrow? Would that hurt even more?”

The student thinks about it and says, “Yes. That would hurt even more.”

The Buddha says, “That second arrow? That’s your reaction to the first arrow.”

There’s a lot of suffering to be explained by that story, in my opinion. Think about it if you want. But what occurred to me today is that the story has something to say not only about how we respond to what we’ve already experienced but about what we anticipate experiencing in the future. We imagine pain in the future when we haven’t even been there yet.

For me, especially in the winter? I loathe for my bike to be coated in gritty filth; I detest it like Agent Smith detests his sense, which he likens to smell, of humans, in their septic biology. I also dislike my proportions on the bike; I’m too short and too fat. Much worse than either of these things, I anticipate having a filthy bike and resenting my genetic inheritance before I ever even get on the bike. To adduce interval sessions on the trainer in this context would be redundant. But–and you saw this coming–every time I get on the bike, I feel better, both during the ride and after.

This morning I had plans for my day, but those plans were wrecked excuse me impacted by other people who had their own (fucking stupid, don’t even ask) plans, and I had to radically change my plans. This is challenging for me. And so I started thinking about filth and the time required for proper bike maintenance and about being fat and slow and then about early cocktails. But later in the day I got on my bike, and I felt a lot better.

The Universe, taken as a whole, produces the cold, often filthy and wet, descent that inaugurates winter rides from my home. It’s also responsible for my genetics. But acceptance of what’s given–rather than the anticipatory loathing of what I fear or hate–is liberation and enjoyment. This is something I want to remember more often and earlier in the day.