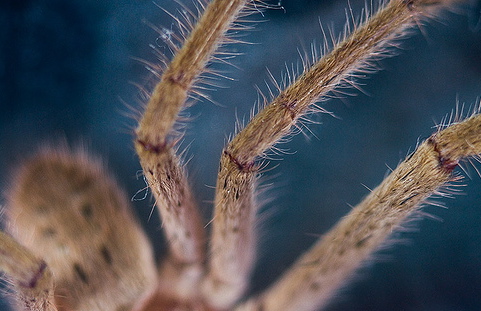 There’s been a lot of talk around these parts lately, a lot of strange, crazy talk. Grown men discussing their weight and height and BMI, discussing how sensitive we are to the offence caused by the terms with which we describe our female riding (and life) partners, grown men talking about other stuff that probably isn’t anywhere near as sensitive as those other things, but makes me wonder what the hell we are on about anyway.

I’d even labelled those community members who were actively discussing their weight/height as “ladies”, in what could be interpreted as a somewhat derogatory manner, although intended only in jest. It was suggested that the term Velomihottie be replaced (yet ultimately joined) by the more PC term Velominata. I was a walking contradiction, a hypocrite, and calling into question my very own values. Was I a SNAG, or a Caring Understanding Nineties Type?

I had ever more questions in my internal dialogue; “Are we not men?” (Or are we DEVO?) Someone posed that the term hardman also be put up for review, while others actually used that very term to describe Jeannie Longo, a Velominata hard enough to kick our collective sorry asses, even at 50 odd years old. While all this was going on, it led me to question my own interpretations and deployment of The Rules, and what, if indeed anything, they meant to me, and how ultimately some Rules are open to broader interpretation than others, with even some latitude for bending or breaking them completely.

I’ve had plenty of time to ruminate on them too, with nary a leg (I refuse to refer to my pins as ‘guns’) thrown over a top tube in anger, or a half-hearted attempt at anger, for over two weeks due to the typical cyclists gamut of excuses;  flu, work, social calender, weather, all conspiring against my attempts to resemble someone who was once passable as a ‘cyclist’. The will to get on the bike was still present, but the unstoppable river of snot and green lung nuggets said otherwise. As my knives (the natural antithesis of guns, kind of like bringing a knife to a gunfight) atrophied and became more like butter spreaders than machetes, long-forgotten hair started to reappear on them like lichen growing on old, rotting, fallen tree limbs. Others started to notice, and soon comments like “what the fuck is going on there?” became more frequent, and less welcome. A slew of excuses such as “I’m cultivating the forest so I can fell it” held my tormentors at bay for a short while, but ten days on and with the potential for leg dreadlocks becoming more than a weird premonition, they remained bushy and free from the sting of hot wax or the cold comfort of Baxter and a steel blade.

Now they have finally been waxed, well, at least to the tan line (a pathetic effort at Rule #7 over the summer too, if we are being totally frank, which for some unknown reason, I am). Do you have any idea how long a self waxing takes? Three frikkin days, that’s how long. Yep, half a leg at a time, well a quarter done in each sitting anyway. But what to do if you really have to get on the bike when the opportunity arises, and you aren’t exactly smooth as a baby’s bum? You suck it up and hope no-one gets close enough to realise you are half-man half-spider. And while riding with smooth calves and hairy thighs may sound like not too much of a problem, let me tell you, it certainly elicits some strange glances, even stares. But now, as I sit here a week after the waxing idea was first brought to fruition, I’m back to full smooth. And you know what? Even though I may not perform like one, I actually feel like a rider again.

What does it all mean to you, besides sweet FA? The Rules are there to be obeyed, yes, but they are also open to some bending (I’m not gonna tell Thor that he can’t run a saddlebag, are you?). Does it matter if you’re a hairy hippy douchebag? No. But it’s not exactly desirable either. And f you are dishing out The V on a regular basis, be it to others or merely yourself, then Do What Thou Wilt shall be the whole of The Rules.