We’re going to take advantage of our break in the Velominati Super Prestige to get a few articles out that have been sitting in the queue but haven’t had the opportunity to see the light of day due to the busy race schedule. Besides, we’ve spent the last two days bemoaning a couple skinny kids’ lack of tactical prowess and arguing over which under-rated riders are actually over-rated riders. Don’t get me wrong, I love the discussions and I hope they continue, not to mention that this is the most exciting time of year, but there’s so much more to our sport than just racing and Pros. There is also the matter of Looking Fantastic at All Times, oh – and riding our bikes.

We jump in today with a debut Guest Article from our own Sgt, wherein he details his journey along the road to La Vie Velominatus. So grab your beverage of choice and settle in. Enjoy.

While we all aspire to La Vie Velominatus, and strive to apply The V in all its manifestations to our avocation, some things seem to be harder than others. I’ve been back on the bike for a few years now (after a 15 year absence). Since throwing a leg over in late 2006 at 200lbs+ (I wasn’t self aware enough back then to refer to myself in metric measures, even today), struggling away on a triple crank, bonking after 35 minutes, European Posterior Man-Satchel dangling astern, I have been on what seems in retrospect to be a steady course towards enlightenment.

Over a couple seasons of honing my skills, learning group and paceline etiquette, riding constantly with clubmates and friends who could and did put me in the hurt box, I slowly became able to sit in, then take my pulls, occasionally sprint for the town sign, and even dish out a little of The V on the climbs (very little to be sure). At about that point, I began to notice that certain people I ride with (although by no means all, or even most of them) exude a certain je ne sais quoi, and I started to wonder what they were doing that I wasn’t… and how I might be able to somehow conjure their easy, Casually Deliberate style. 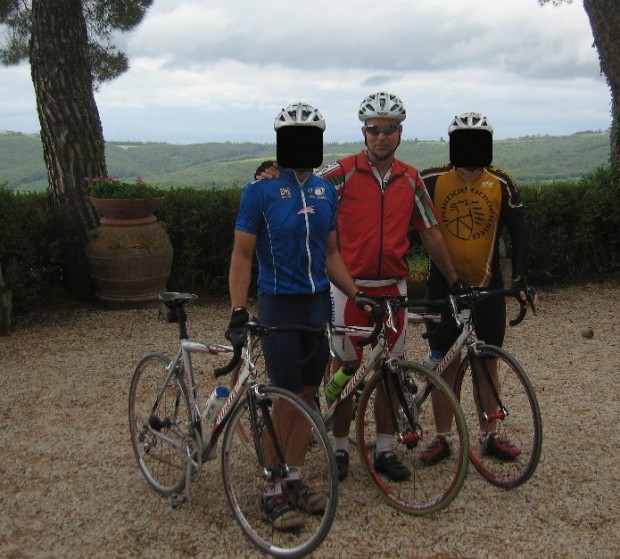 (that’s me, above center, you can see I had long way to go)

Riding every morning with a couple of friends through the heart of Tuscany was my first taste of a wider cycling world, and made it clear that I had work ahead of me if I wanted to embrace what I now know as The Rules. The first step was ditching the Shimano triple in favor of Campy 10 speed on my ’06 Lemond, which proved to be simply a gateway drug to my current steed: 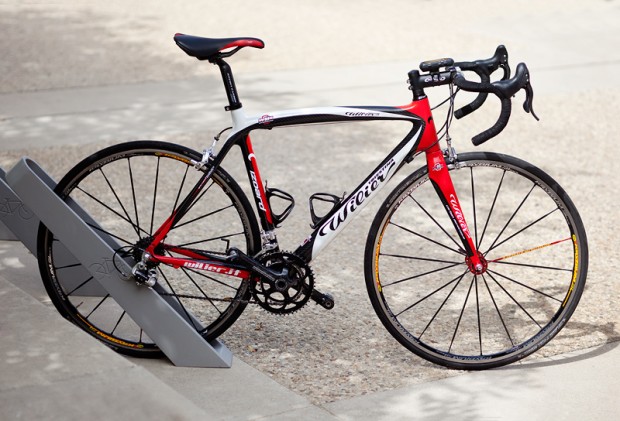 Then came a serious breakthrough when, like Gianni , I acquired a couple truly awesome Italian kits on my next trip to Italy last spring: 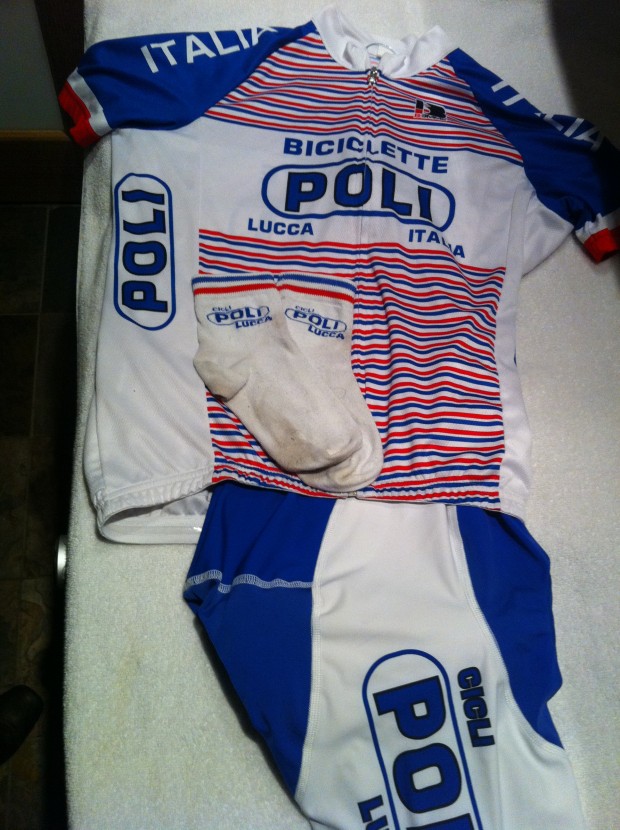 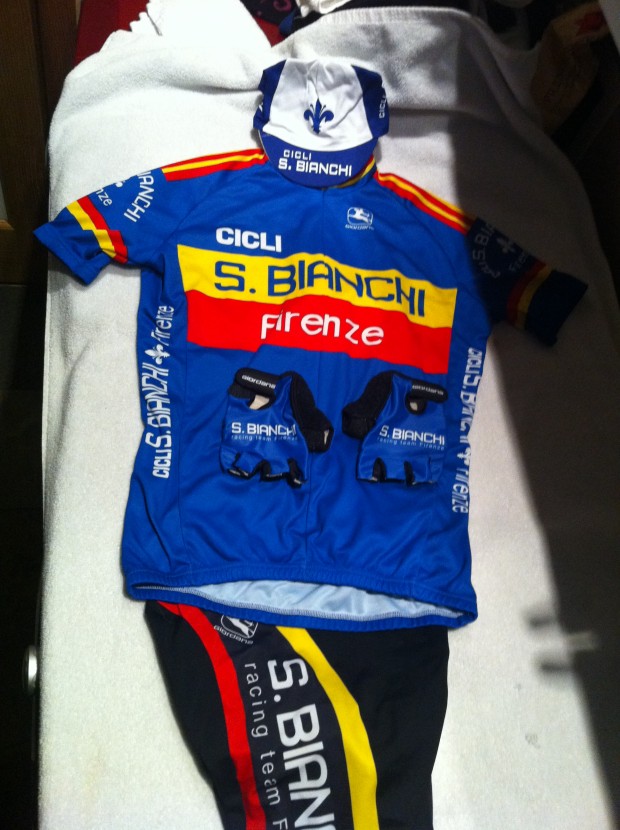 Up until then I had progressed from cheaper PI and Nashbar stuff through goofy souvenir jerseys to better quality branded kit (Castelli, Giordana etc.) to joining a club and donning club kit. Luckily increasing fitness and weight loss made it necessary to constantly upgrade.

Next was coordinating helmet, shades, gloves, etc. (Yes, I have two identical helmets with matching Oakley Radars for each, depending on which kit I decide to wear. Get over it.) 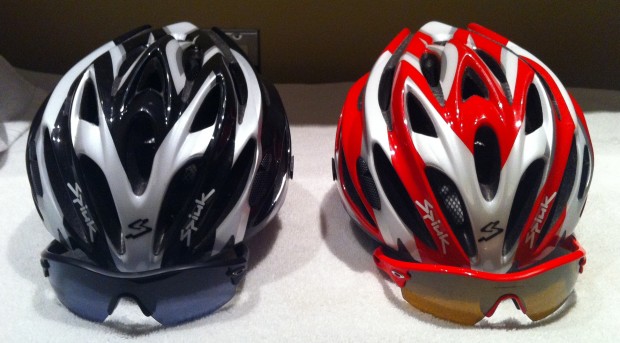 At this point I knew I was on to something. But I while I was pretty sure what needed to happen next, I needed a little motivation. Well, as the Buddhist proverb says, “When the student is ready the teacher will appear”. In August of last year I ran across this hallowed ground, and like so many of us, I found a home for my own brand of off-kilter commentary, a repository of knowledge, history and passion for our sport, and, of course, The Rules.

Going over them repeatedly, I immediately acknowledged The Rules’ inherent wisdom and rational approach to cycling. I also ruefully noticed that I was in violation of several of them, notably Rules #29, #40, #68, #74, and of most obviously, the dreaded Rule #33. Once I knew that V-Kit was in my future, my path became clear; to become as Rule-compliant as possible, in preparation for the donning of the Sacred Garments. A Vision Quest, if you will.

Rule #29 was easy, as I’ve noted elsewhere on the site. $6 USD for this, and I got a bunch of bandaids and sterile wipes to boot! Everything for at least two punctures goes in, along with mini-tool and ID. And losing the Man-Satchel made the bike handle better too. 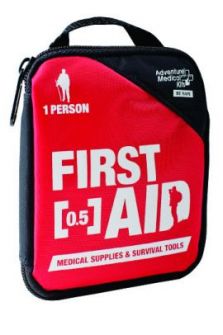 Rules #68 and #74 went together, but involved a sacrifice: getting rid of the Garmin. I had been rationalizing its presence for months, using the following excuses (in no particular order): “I like it”; “It was expensive”; “It calculates gradient and total ascent”, “it does cadence”; blah, blah, blah, and the killer; “I know a lot of good cyclists who use a Garmin”.

Well, I know a lot of good musicians who shoot smack (not really), but that doesn’t mean it’s a good idea. So the search for its successor began. And let me tell you, it wasn’t easy.

After a lot of trial and error (and more than one purchase and return), I finally came across this little gem. The Blackburn Atom 4.0. Set to metric, it’s Rule #74 epitomized (simple, small, stem mounted, wireless). And cheap enough to put one on each bike. 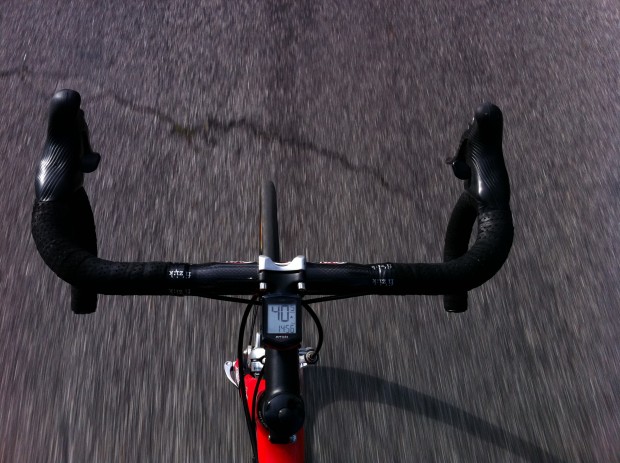 (BTW, if any of you have the balls to publicly post that you want my Garmin, I’ll sell it to you cheap: Garmin 705, complete setups for two bikes, plus maps for Europe and North America, $350 US, plus shipping. Any takers? And thanks for the free ad, Frank!)

Which left me stalled at my hirsute appendages. Rule #33. Staring back at me. Mocking me. In my defense, I hate shaving. I’m a hairy dude. Neighbors swear to have seen Sasquatch when I’ve gone outside for a late night slash (it’s closer than the bathroom, shut up). In fact, I gave up using blades on my face in favor of my trusty Norelco years ago. I bleed just looking at a razor. But I knew I had to do something. My riding buddies were noticing my new-found esprit and wondering when I was planning to prune the tree trunks. But I just couldn’t face the thought of scraping a blade across such broad expanses of tender skin. I knew there had to be a solution out there. An electric solution. Again, I searched. And searched. And agonized. And searched. (Try Googling “man-scaping”, just for fun. I dare you. It’s not pretty.) Finally I found something claiming to be the answer to my prayers. The Philips Norelco BG2040/34.

A few clicks on Amazon later, and it was on its way. When it arrived, I opened it up, plugged it in, set it in its cool little stand…. And chickened out. For a week. Then another week. I knew I had to Rule V this one; the wife wanted to know what the hell it was, and I couldn’t stand to have it looking at me every morning! So one afternoon in November, all alone on my back patio, I took the plunge. It switched on with a pleasing whir, not unlike my trusty Norelco. It had a sure-handed heft to it. And Holy Shit! It went through the thatch like Sherman through Georgia! Ten minutes later, the right leg was silky smooth. Ten minutes after that, Rule #33 had ceased to haunt me. I was fully compliant; the guns glinting like bayonets in the sun (a little lotion helped). I’ve rarely been so impressed, or relieved that it worked so well. Once a week, 15-20 minutes, no muss, no fuss.

Seriously, and to make a long story short: if you dread Rule #33, give this bad boy a try. Yes, it costs a little more than razors and soap. And no, it doesn’t get as close as a blade. But it’s damn good. It’s really fast and comfortable. And you won’t cut yourself, or get an ingrown hair, or use up your VMH’s Lady Schick.

The V-kit arrived yesterday; it was waiting on my doorstep when I got home, just in time for an afternoon jaunt.  Let me start by saying that the quality is absolutely first rate; I have way too much kit, and have tried most of the top brands, and Frank has selected some great fitting, stylish and comfortable stuff here.  The leg grippers are snug but not binding, sleeves just the right length.  It does run snug; although I normally wear L in upper range Castelli, I had to get XL bibs to accommodate the guns (thanks for the exchange, Frank!), so if you’re planning to order, go bigger than you think. 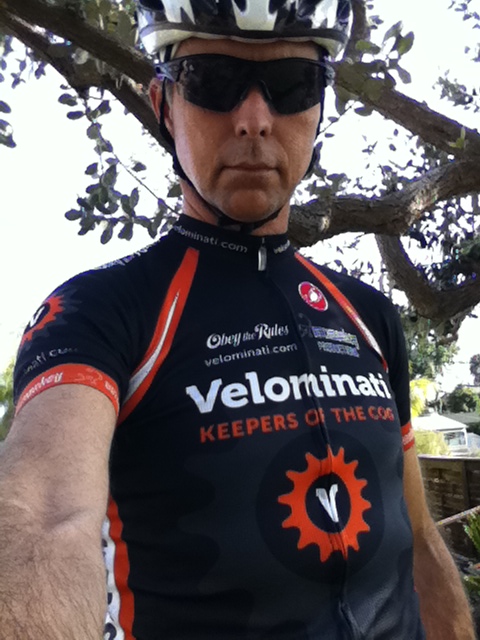 131 Replies to “Guest Article: Reverence – Rule 33 For the Risk Averse”