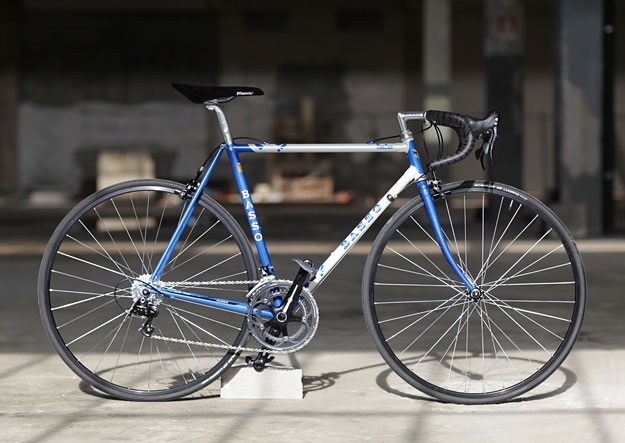 Rule #12. Someone was working overtime to come up with this beauty. One should always be dreaming about the next bike unless the next bike means divorce, restraining orders and/or living in a van down by the river. Velominati need and enjoy having some limits set as were are prone to excess in all things.

S-1. I learned an important lesson the first time I was brought down to Frank’s basement bicycle stable. There, at least four badass bikes were hanging on the wall and he was quick to point out that two of them were his partners. And her #1 was better than his #1; you have to make sure she has a better bike than you.

That was all that needed to be said. The deep wisdom of it was obvious and obviously passed down through the ages. Unless you are a professional (you are not), you are paying for your bikes (you are) and if your finances are shared with a partner, pay attention. The best way of not getting to s-1 is to make sure your partner’s #1 is nicer than yours. All upgrades to your own bike barely merit discussion as long as said upgrades don’t improve it past you know what.

So your partner is not a cyclist? That does complicate things. Whatever they love the most, upgrade it beyond reason. She loves to read and her book group is her favorite thing? Make believe you actually want to join it (?!), to scare her, then don’t. That is like an upgrade, in that you are not ruining the thing she most enjoys.

I’ve been trying this for a long time. I tried unsuccessfully to gift my fiancée a new racing bike instead of an engagement ring. While that bombed badly, I did learn. After I finally bought out the clone, my wife ended up with the LBS owner’s Merlin and you best believe shop owners tend to have the best bike in the shop. Before I finally upgraded to a carbon bike I made sure my wife was already upgraded to something better. And just yesterday, as she was putting her front carbon tubular wheel (yes, slightly lighter than mine) in the back of the truck, I saw her kiss it. Yes, brothers and sisters, these things do pay off.