The Nature of Rule VV 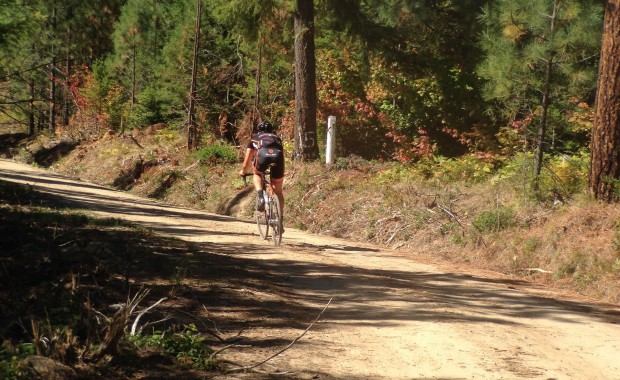 It never gets easier, you just go faster.

Rule #5 looms above the other Rules in terms of sheer relevance to Cycling; it is the fundamental building block upon which this sport is built. The Five is what drives us, it is the force that springs from a well that flows deep within each of us. It must be discovered, and then we learn to use it. Like all wells, our individual Five Well is but an access points into a vast source, one that flows unseen between many other wells and is spread over enormous distances. The Five binds us all together as brothers and sisters along the path to La Vie Velominatus; we may learn to access The V and we may learn to use it but we can never control it.

If Rule #5 is the fundamental building block of our sport, then Rule #10 is its fundamental application. There is a climb I frequently ride that starts from the Twentynine Pines Campground on the Teanaway Road North Fork Road out of Cle Elum that snakes up to Esmeralda Basin at the foot of the Enchantments (which is possibly the most beautiful place on Earth). The climb isn’t difficult in itself; 355 meters gained over 15 kilometers on good gravel at a modest alpine elevation of 800m.

One of the beautiful aspects of climbing is that a moderate gradient can in many ways be more challenging than a steep one; steep slopes will force you to tap into your reserves very quickly, but they also offer no alternative but to continue grinding away. A moderate gradient has more to do with will and determination; the slope doesn’t take its pound of flesh in itself – the difficulty of the climb comes from the willingness of the rider to push themselves into the red through sheer determination.

The climb to Esmeralda Basin starts fast along a faux-plat with lots of washboard that forces the rider to dodge along the road in search of the best surface. By the time the gradient starts to increase, the legs will be dull from dodging through the bumpy terrain and the mind will already feel tired from the strain of concentration, much like it does at the end of a secteur of pavé. At this point, the washboards are more scarce, but the quality of the gravel surface also deteriorates. The high speeds can still be maintained, but this requires immense focus as you still need to pick your line carefully while maintaining the force of the effort and resisting the ever-increasing desire to relent.

The last five kilometers are steeper and on the worst surface, with rain having carved erratic ruts and mud, gravel and debris collecting in loose deltas along their bases. But the various trailheads along the way means the road near the top is lined with cars which make you feel like you’re climbing to a summit finish at the Tour de France; the final push is made easier via a bit of adrenaline from this fantasy, but it only speeds the journey into hypoxia. Into the parking lot at the top, panting like a rabid gorilla cause strangers to peer at you askance wondering if you are dying or just crazy. To most of them, the idea does not occur that you might be both.

It is no coincidence that Rule #5 plus Rule #5 equals Rule #10; how hard a climb is follows from how hard we are willing to push ourselves. There is no such thing as an easy climb; it isn’t the gradient that causes one to suffer – it is magnitude of the effort.

49 Replies to “The Nature of Rule VV”