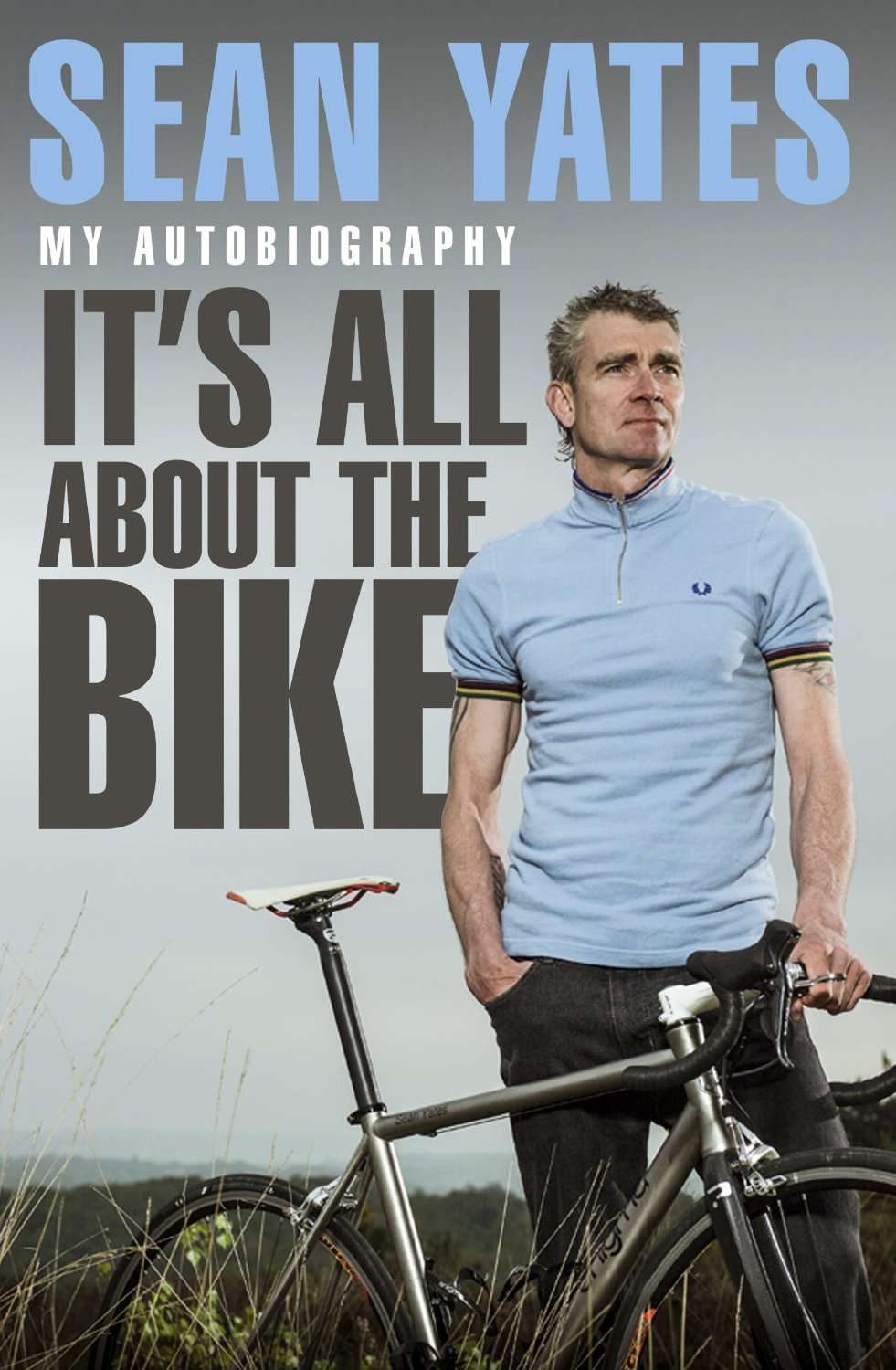 The Works: It’s All About The Bike, Sean Yates

It’s been awhile since a book has been reviewed on Velominati. Who has time to read books? I needed some background on Sean Yates and was surprised to know he had written an autobiography back in 2013. This book is a real beauty. The book is stitched together with his own accounts of life and accounts from friends and fellow racers. He was a record keeping maniac so he has a lot of good detail of his early cycling days. His friend’s accounts all tell tales of a big friendly guy with huge capacity to put everyone in the hurt locker, including himself.

Interestingly all his family were vegetarians and he had never eaten meat until he moved to France. It certainly dispels any myths about vegetarians not being able to be super athletes as Sean was most certainly that. He was a natural rouler, easily going under an hour on his very first attempt at a 40km time trial (bastard!). Luckily his family was very supportive of a lad who chose to ride rather than go to college.

Back in his day the riders were coach-less and often clueless. Yates was doing hundreds of push ups everyday; keeping the physique more rugby player than cyclist. Young pros would show up at races, get hammered, go home. And repeat. Here is an excerpt of Sean in Paris as a neo-pro, now eating meat and everything else.

In Paris, we’d go for a ride in the morning then laze around. My favorite trick was to go to the patisserie along the road and buy a huge family butter cake. It’s sort of a white cake, made of absolute pure fat. I’d mush it all up, dump the lot into a salad bowl and sit there eating it with a spoon like it was a bowl of muesli. -Sean Yates

Preparing [the cake] was a total ritual for him, like a heroin addict cooking up, says John Herety [fellow racer and flatmate], The cake would be divided into squares, then the whole lot would go in the sort of bowl reserved for family fruit salads. Then a large pot of fromage blanc would go over the lot. That gave him the excuse to call it “yogurt cake’ like it was some kind of health food.

The book is full of these great stories. Sean Kelly tells a few tales of Sean’s descending abilities that are pure gold. Early on, Yates’s Merckx-like natural talent kept him in the professional ranks despite his lack of the race savvy those who grew up on the continent may have already had. He rode for Peugeot with mentors like Phil Anderson and Stephen Roche, then eventually joined the 7-Eleven team, which turned into Motorola. It was quite an amazing career.

I’ll spare you any further details because they are much better when read right from the book, available used and maybe even new from your local book seller or library. This is the best rider autobiography I’ve read in many years and highly recommend it. It gets the V-bunker’s five cogs rating.

Guest Article: V-Books of the Year – A Personal Choice

50 Replies to “The Works: It’s All About The Bike, Sean Yates”