In Memoriam: The Tricolore 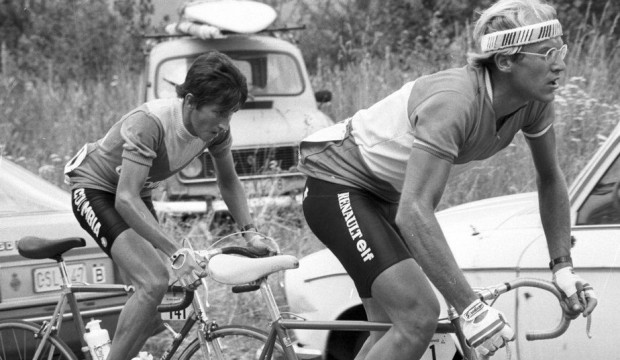 It was a simple time. Team kit was understated, with black shorts and a few colored panels on the jersey. Race Leader and National Championship jerseys were plain, and often even lacking in the name of the sponsor. National Championship jerseys in particular were a matter of national pride more than sponsorship; it was an honor to fly the colors of your country in a jersey that payed homage not to the team’s branding, but to that of the nation’s flag. The jersey was worn with standard team kit, often in garish contrast to the colors of the sponsor. It was gloriously Casually Deliberate.

Then, as more money came to be at stake and the sponsors became ever more loosely tied to Cycling’s history, it started to change. First with the shorts, which were modified to match the jersey, either with different accent colors or with an entirely matched design. Then teams started discouraging their riders from winning national championships and, if left no choice in the matter, they chose a design which matched the standard team kit design as closely as possible in order to maximize sponsorship investment.

The first time I noticed this trend was an account from Roger Hammond, the reigning British Road Champion, who had just signed with Discovery Channel. It was a matter of pride for him, of course, to wear the jersey but his new sponsor was not so keen and certainly held no special respect for the history of his jersey. After all, a national championship jersey has very little room on it for Discovery’s branding,  and that meant a smaller return on their investment in the rider as a billboard. If I remember correctly, he was strongly discouraged – if not barred – from entering the race.

The Tricolore jersey is my favorite of any jersey available. If I were a Pro, I would carry a Dutch and not American license for no other reason than for the chance to race in the red, white, and blue stripes of the Dutch flag as opposed to the vertical stripes and star-spangled design of the American flag (however cool that jersey is as well).

To declare this In Memoriam is perhaps premature, but we are moving inexorably away from this glorious jumper; shorts are too often matched, bicycles too often repainted. I have nothing against maximizing a sponsor’s investment, but I worry over the consequences. I worry for the loss of standard team shorts, standard team kit, and the tricolore jersey. Will all teams follow Team Radiosanschelck?

88 Replies to “In Memoriam: The Tricolore”