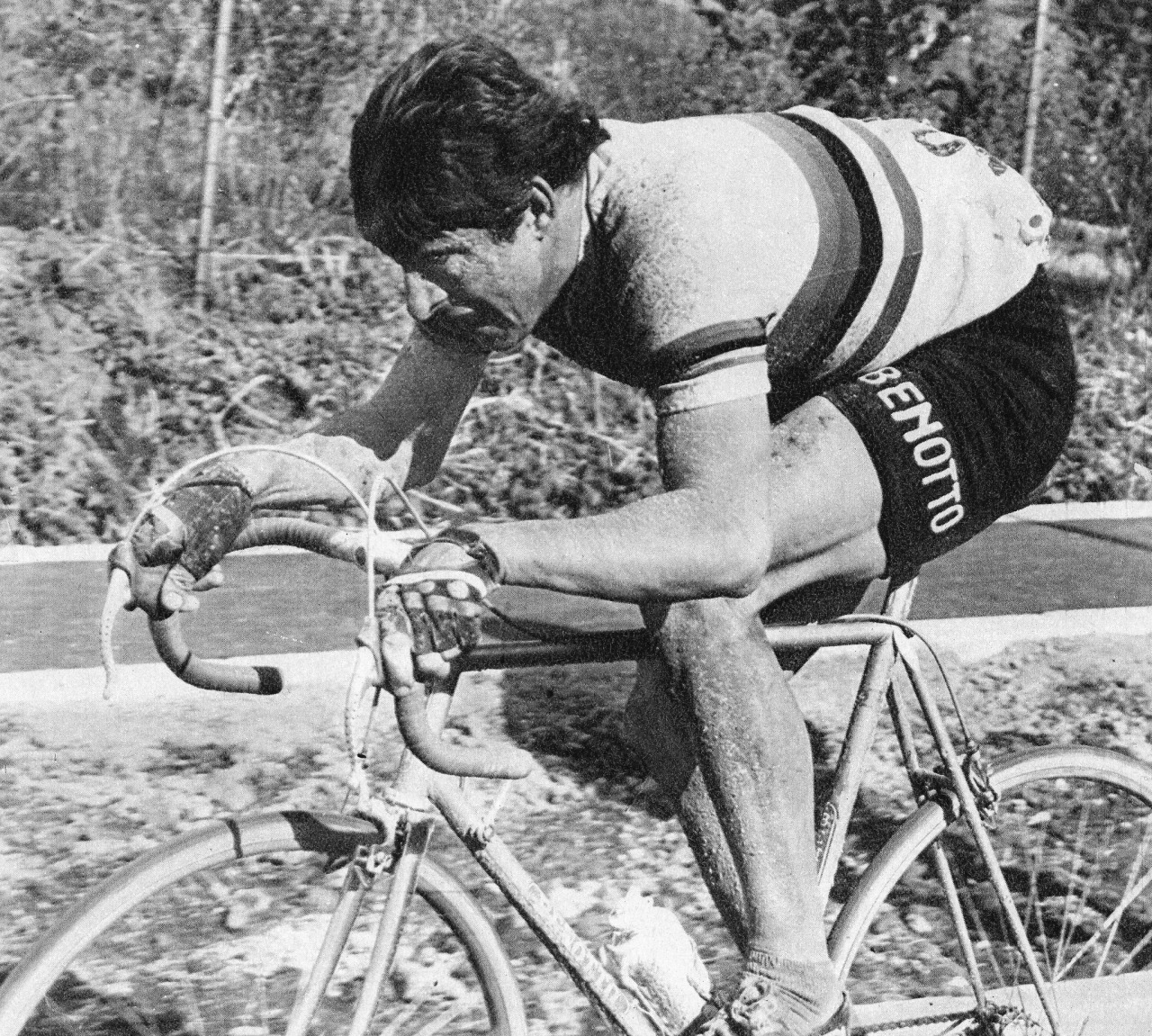 For my money, the best slice of cycling video ever is Francesco Moser, appearing out of the dust, in the 1976 Paris-Roubaix. He blasts by the moto camera on the right, on a mission to get up to the front. Something about him appearing, then almost disappearing down the road. What was that? And there it is, the Moser position. His torso is pulled down low. If you want to go that fast you have to get that low. Back in the day, your frame size was directly correlated to your inseam, period. There were no slammed -17 degree stems or long seatposts. If you wanted to get aero you just had to bend at the hips and elbows, a lot.

Getting low is one thing, generating huge power from that position is something else, something Moser excelled at. Lo Sceriffo was not a man to be underestimated. In this excerpted video from A Sunday in Hell, Moser is powering up towards the winning break of four riders: Roger De Vlaeminck, Marc Demeyer, Walter Godefroot, and Hennie Kuiper (all former or future P-R winners). It is an all star break of Belgian-Dutch hardness and Moser bridges quickly. The winner was going to come from this group but it was not Moser’s year nor was the next edition so he made up for it by winning the next three consecutive Paris-Roubaix.

To see Moser powering up the side of the pavé like that, it’s some sort of poetry that captures just about everything I love about cycling.

The Moser scene plays out around 9:10 into the clip, but as always, it is pure pleasure to watch what leads up to it.

65 Replies to “The Moser Position”