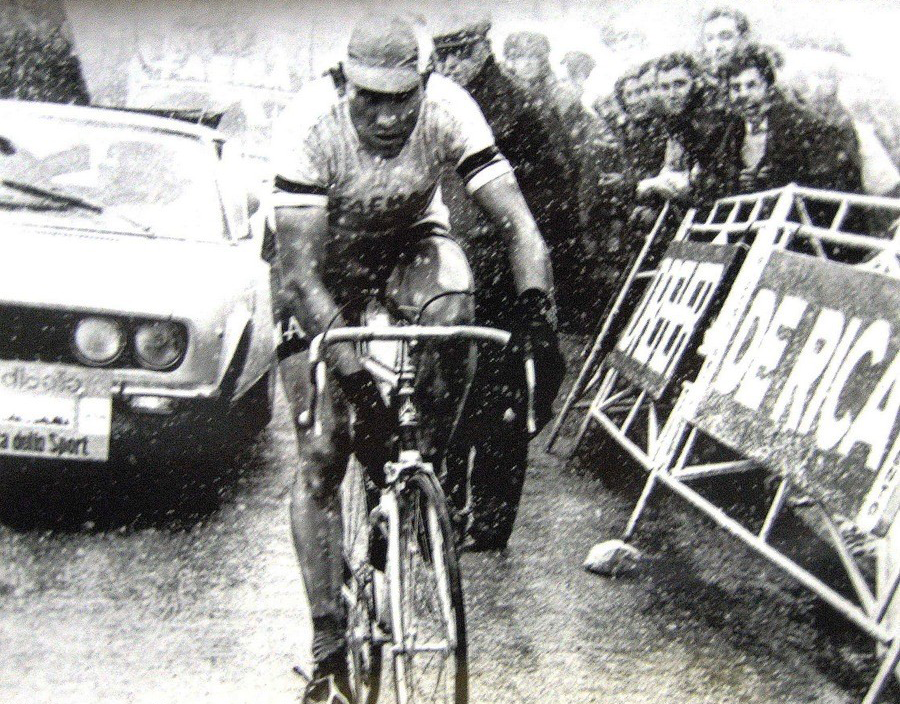 I love the Giro, the master alchemist of bad weather and big mountains that keeps the racing exciting from the first day through the last. You can generally count on enough climbing in the first week to see the leadership bounce around like one of those singing ping pong balls on Sesame Street. The race has its fair share of provenance as well, with many a legendary battle fought between legendary riders.

This year’s race is also remarkable for the fact that a GC rider is not only racing both the Giro and the Tour, but for Contador’s publicly stated objective of doing the Giro-Tour double, a feat not matched since Pantani crushed it back in 1998. That is an awesome goal, I just wish it was a goal set forth by a rider I could get enthusiastic about. A quick scan of the start list has me wondering who is made of the same stuff Bertie, and I’m coming up short. Uran Uran and Pozzovivo are the standouts; and I have serious doubts about Porte being able to come up with the goods, not to mention my boy Ryder who, despite having actually won the Giro, does not inspire confidence in his ability to repeat the feat. It is looking like energy bars may be Contador’s biggest rival for the title, like in last year’s Tour.

Now that I’ve given you three paragraphs of useless drivel that you’ve probably already skipped over, I feel comfortable getting down to Road Tacks. This is the Giro, people, lots of points at stake. And those points are going towards amazing prizes including a Jaeger frame and a Café Roubaix wheelset. There is plenty of time for you to Delgado the thing, too, so my advice is that you avoid doing that. Give yourself enough time to enter your picks so if something has gone amuck, you have time to hit “reload” or come back V minutes later to try again before the event closes. Remember, your procrastination in this matter will not result in the only Keeper with database skills diving into the backend to enter your picks for you. (And if you do encounter a problem, please be so kind as to take a screenshot and upload it as the descriptor “it didn’t work” doesn’t help us debug the problem.)

The scoring for the Grand Tours is a tad more involved than the one-day races, so look them over before making your prognostications. (One of the best things about the VSP is that I usually get to use the word “prognostication”, an opportunity one should always relish.)

So get your picks in before the countdown clock goes to zero, hit the go button, and good luck.