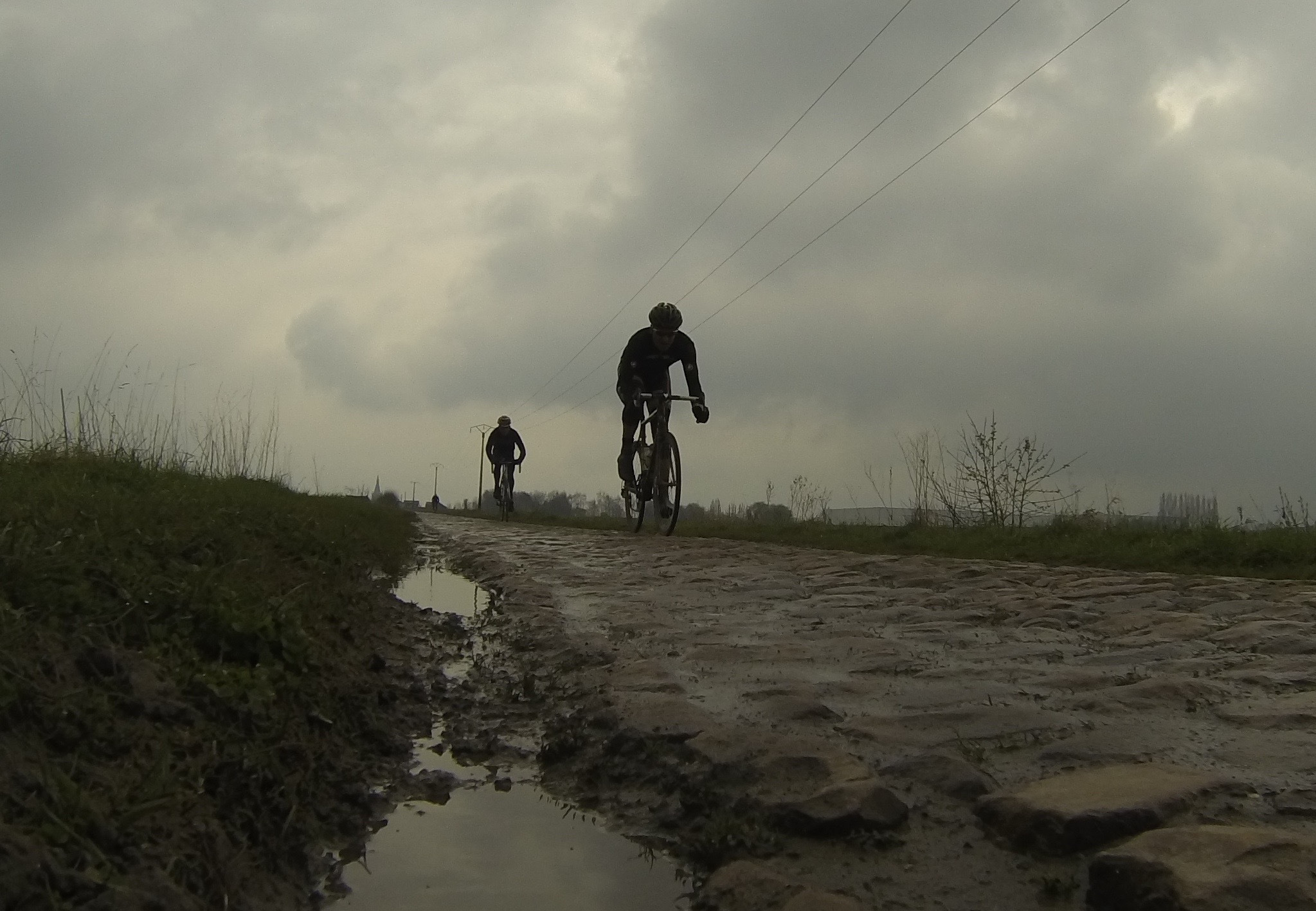 No pavé is smooth, and to ride them well the rider must enter them à bloc and keep pushing until one of two things happen: the secteur ends or the lights go out. The thing about cobbles is that each stone beats back the wheels like a boxer punching a speed bag, robbing the unit of speed with every stone it crosses. To maintain momentum demands maximum power in order to overcome this sapping effect; to accelerate demands maximum power, plus two.

Even the best cobbles demand the most from the rider. Abattoirs saw Marko snap off his seatpost during the 2012 Keepers Tour; in relative terms it is a hard but fast stretch. Mons en Pavéle is my personal favorite and defines itself by its length and undulating nature. George Hincapie snapped his fork steerer here, ending his quest for the top step in Roubaix. It was an aluminum steerer – not carbon – a reminder that the type of stuff used is not the limiting factor in Roubaix; it is strength that matters. The analog for the rider is obvious enough.

The Forest of Arenberg is unlike any other secteur of pavé. It is long, it is straight. It runs slightly downhill before settling into a long, faux plat to the far end where it spills back onto the smooth tarmac of the main autoroute. It’s only redeeming quality is that it is mercifully sheltered from the wind which, in this part of Northern Europe, seems to eternally blow opposite of whatever direction you happen to be riding.

What the Carrefour de l’Arbe has in common with the Trouée is that they are both awful secteurs. The cobbles on both were dropped off the back of a wagon some centuries ago, and have been beaten into the earth by horses, wagons, tractors, and cars. There is no “rideable” path through them; there is no crown, there is no gutter. Only (slightly controlled) chaos as the bicycle is caught more than it is ridden from one avoided crash to another, like a toddler learning to walk by stopping their fall one step at a time.

This is the Holy Land: the thrill of riding from smooth tarmac onto crazy cobbles, and back off again. Both transitions met with the same welcome. Dichotomy is truth on the cobbles.