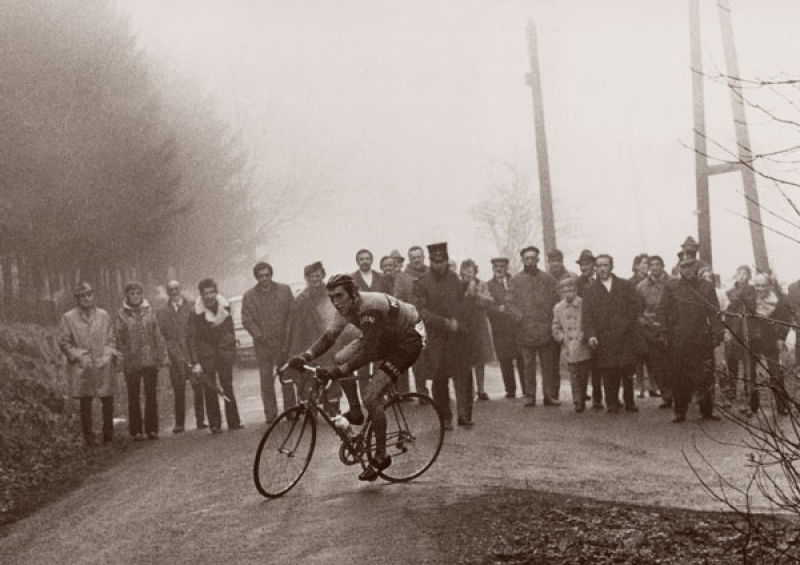 Liege is an interesting animal; whereas the Cobbled Classics are the sole domain of the specialists known as de Klassiekers in Flemish who rarely show their faces as serious contenders in the other portions of the season (assuming you ignore John Degencobble or Al Kristoff), the Ardennes classics have a strong showing from the Grand Tour GC contenders, rouleurs, and climbing specialists alike. Liege, being the biggest of the lot, is the final showdown and provides the first real glimpse into what might unfold in May and July.

The route is a brute; the road back from Bastogne being packed tight with shortish, punchy climbs. My favorite of the lot is the Cote de Stockeu, which climbs up steeply before taking a hard left turn and dropping right back down to the precise point from where the climb started. Its inclusion in the route is gratuitous in the most sinister sense. From there to the finish the route is bumpy to say the least, and the final uphill grind through town is where the race is lost if you don’t have the legs.

Will Nibbles take it? He’s performed well in the final before. Or will one of the specialists take it this time around? Last year saw Gerrans take the win from a small group, but a solo winner is just as likely. Amstel had a big bunch, so maybe QuietKowski will show again.

Start your Prognostication Machines, ponder the start list, and set your alarms to remind yourself not to Delgado. Good luck, and remember we have a frame from Jaegher and wheels from Café Roubaix on offer for the overall VSP winner after Lombardy.