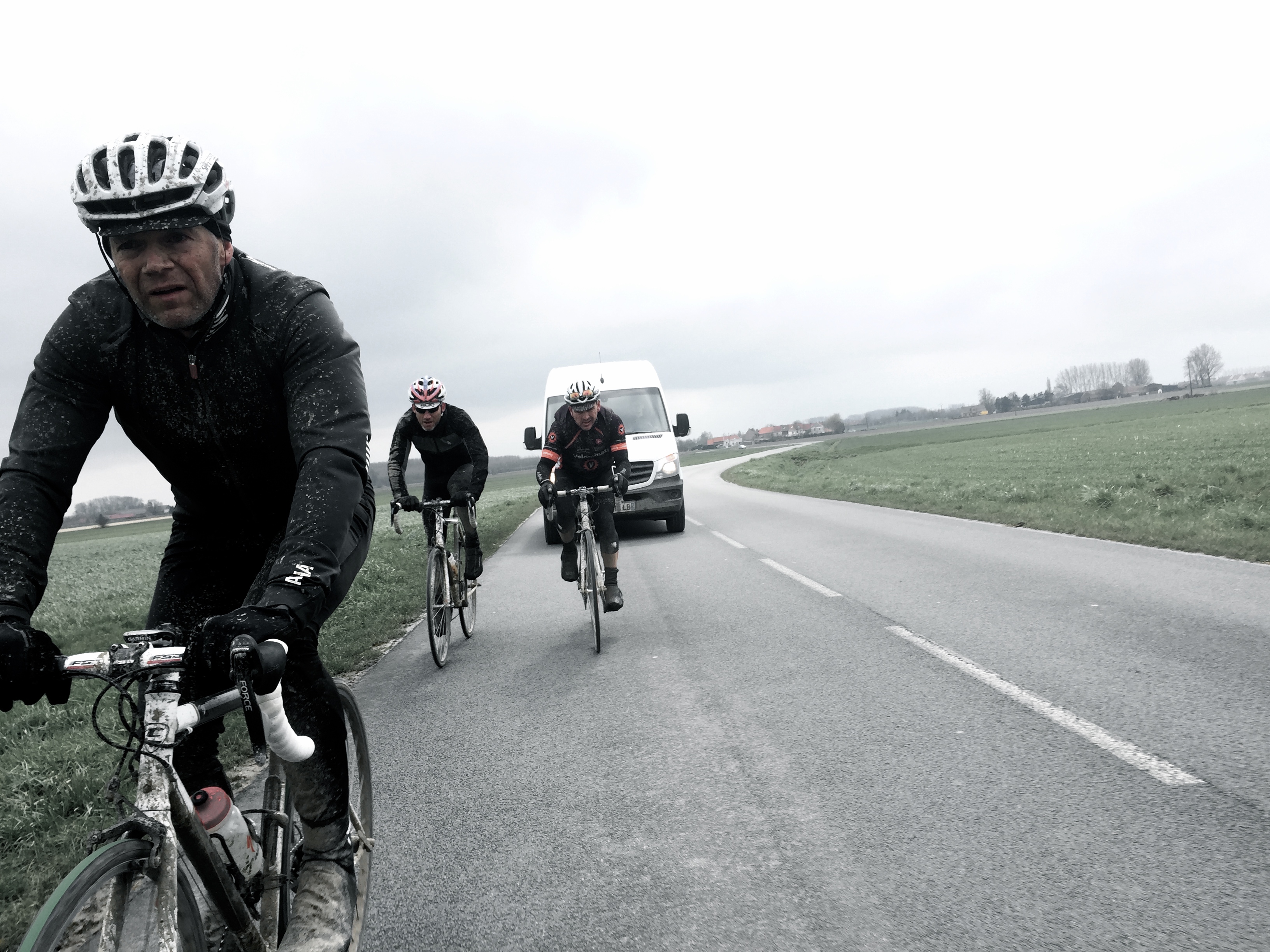 The most obvious way to get your head kicked in on a bike is to point your bike down a road bespeckled with loads of climbing. It doesn’t matter what sorts of hills or mountains you’ve got at your disposal; the Commutative Property of Climbing states that big climbs and little climbs will jack you up equally so long as you do the same amount of climbing. But a long grind into the wind on a dead-straight false flat might be the most mentally agonizing kind of riding you will ever do.

The riding we do on Keepers Tour generally revolves around the iconic roads in the region, but to focus on those portions alone is like evaluating an individual’s life via their photo albums; some of the most amazing moments are experienced in the margins where no one is looking for them.

The rides we set upon were long days in the saddle, often leaving from the gite and requiring some time to arrive at the spectacle of cobbles or climbs; 20km to the Trouée l’Arenberg or 30km back from the Carrefour de l’Abre, for instance. For me, the rides back are what stand out the most; the group is weary but excited from having ridden some of the most amazing and difficult roads our Sport knows, and the late afternoon winds are blowing swiftly across the landscape. Talk is sparse as our legs are heavy with fatigue and we are each of us confronting the familiar barriers our minds and bodies lay before us at times such as these.

These moments when the body and mind want to give in but something intangible drives us on are my most cherished moments of Cycling in general and Keepers Tour in particular. These are moments when each rider is riding on the strength of those around them. The Laws of Physics tell us that it is impossible to make something from nothing, that the only energy we get out of the system is that which was fed into it.

The Laws of Physics obviously don’t apply to Cyclists.

61 Replies to “Something from Nothing”