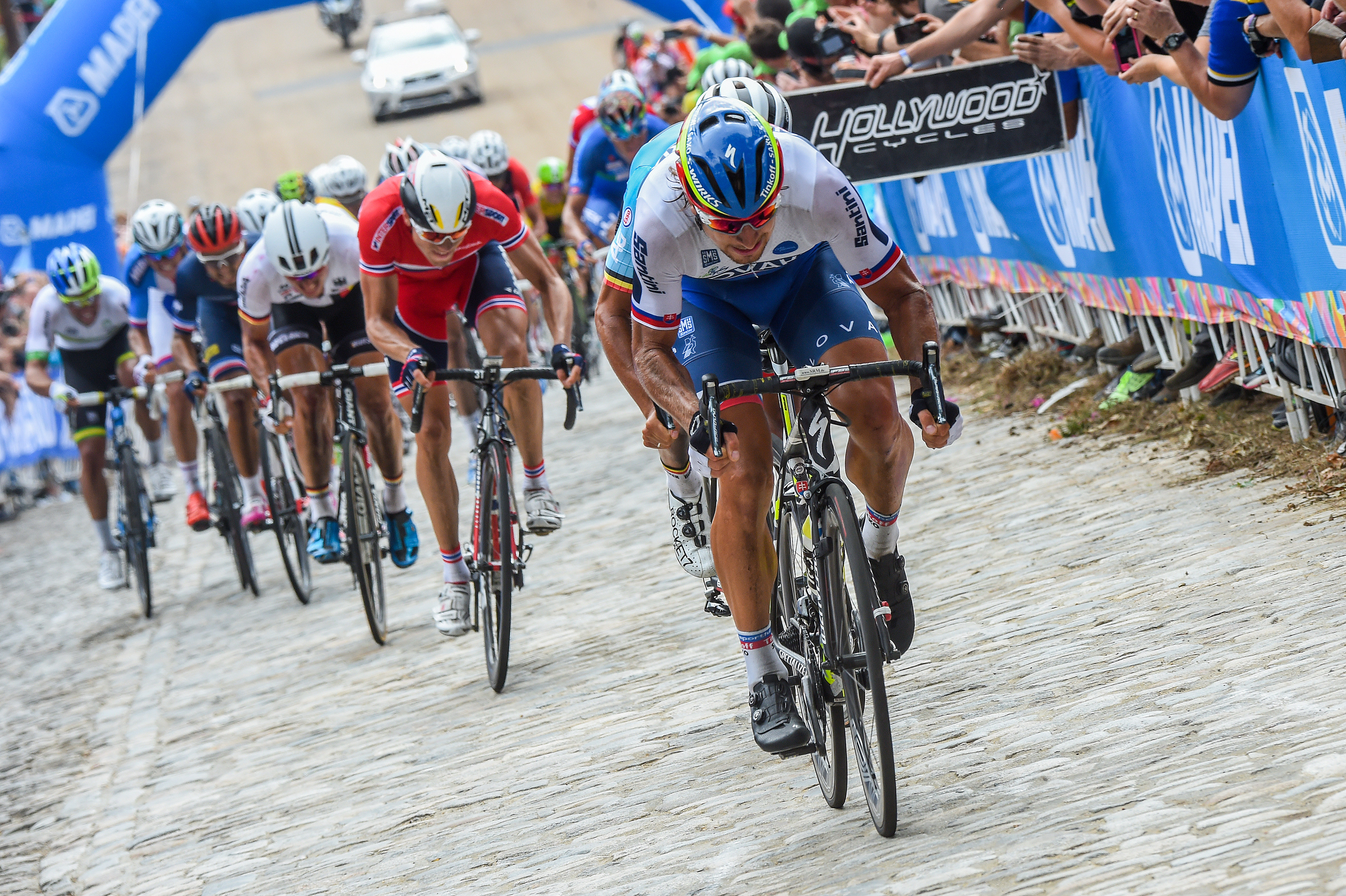 Three riders stand out in this photo: Sagan, Van Avarcan’t*, and Deggencobble in the drops, crushing it up the stupid-steep cobbled final climb at the 2015 Worlds in Richmond, Virginia. I’ve never thought much of Virginia, if at all, and I certainly never thought of Virginia’s many cobbled climbs. Goes to show that not everything below the Mason-Dixon Line is rubbish.

From a traditional standpoint, I can’t say the US is the best place to host World Cycling Events. That said, the old Coors Classic was badass as shit, and both the CX and Road World Championships hosted here were easily the best in recent times in both disciplines. Merca: crushing it. So long as we don’t include “winning” within the concept of “crushing it”. But as far as hosting a great race? Nailed it.

Even less traditional is the Qatar Worlds location. As Gianni said, flat and cross winds. Very Dutchish or Flemishish, on the surface of it. Have you ever been in a sauna and had someone blow on you because they are an asshole? If you have, you will realize that in that sort of heat, adding wind makes the wet parts of your skin burn, not cool. In other words, cross winds in the desert is like racing in Belgium while Beelzebub chases you about with a flamethrower.

At least doffing leg warmers and extra jerseys won’t slow anyone down.

Get your picks in by the time the countdown clock goes to nil, and good luck. Oh, and study the start list, as if it helps. Remember: a Don Walker frame is on offer for the winner of the VSP! A custom steel frame!

*Except he Van Avercould at the Olympics. Quite the time to pull out the “No More Second Places” card.