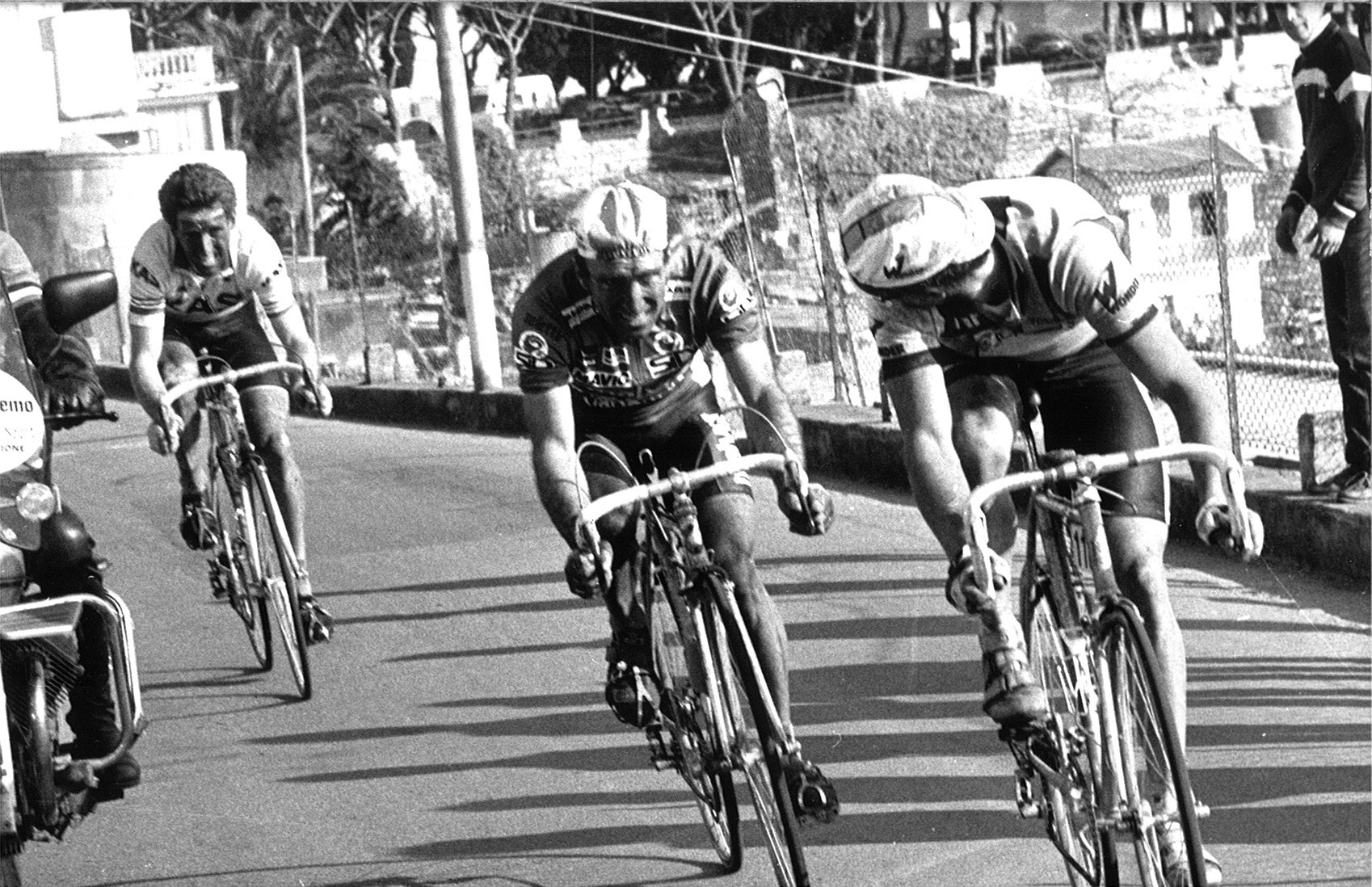 Milan Sanremo. I know we’ve been watching the men and women crush the cobbles already, and that’s the spiritual beginning of the season, but La Primavera is the longest Classic of them all, and the first race of the season that will be a genuine target for all the gunslingers. Which makes this the symbolic start to the season and, typically, the first event of our annual Velominati Super Prestige.

Please don’t call it a fantasy cycling game; the VSP is based on the old season-long Super Prestige (and later the World Cup) which awarded points to riders for how they finished in the qualifying races. The points were tallied and whomever held the most points at the end of the season was declared the winner, was showered in champagne, got epic bragging rights, and presumably got the girl. During the year, the leader earned the right to wear the white leader’s jersey with verticalized rainbow stripes.

Our series is based on the same principle, where you select the riders you think will be in the top five, in order of finishing. Points are awarded for getting your picks right, and bonus points are on offer for getting close. The leader of the event gets a little white jersey as their posting badge, and those who win the events for the Monuments and Grand Tours get to post with a commemorative badge for the ensuing year.

For the last several years, we’ve also been offering some crazy prizes; a custom road frame to the winner, hand built wheels to the runner-up, and a full v-kit to the runner-up-runner. This year, we’re delighted to announce that our friend Dan Richter of Café Roubaix will be offering up another of our collaboration Velominati-CR Wheelworks wheelsets. The V-Kit is the same as last year, with the addition of the possibility to choose the new VLVV design should you so choose.

The big news is that Don Walker of Don Walker Cycles and the head honcho of the North American Handmade Bicycle Show is going to be offering one of his hand-built, custom road frames. I was introduced to Don through @Haldy, who owns something like five of his bikes. There is no denying it when you meet a fellow Velominatus: instant friendship. I had him build me a track bike for The Improbable Hour on Festum Prophetae, and now we’re flirting about my first custom road frame because my other bikes just seem so impersonal now.

Don is the quintessential small frame builder; he only take 6 customer orders per year so you won’t be rolling up to the local group ride only to find four other riders on the same steed. The rest of his bikes are for his team and for the therapy of working with his hands. Working with him on the bike design is an incredible experience; delving into riding style and position and fine-tuning every detail of the build. And then it quickly devolves into shit-talking and teasing. I am so excited to share this experience with the lucky winner.

With that, start prognosticating on your picks and check the scoring guidelines. I know some of you are doing some intense analysis, and recall that last season we had a tie which we had to break by going back to see which of the two were entering their picks in earlier on average. Also don’t Delgado it; we have been known to have the odd timing glitch and even though that’s not your fault, I’m still not going to manually enter your picks because you waited around and the window closed earlier than you thought it would. The kids probably have an emoji for that.

Good luck, and may the V be with you. VLVV.