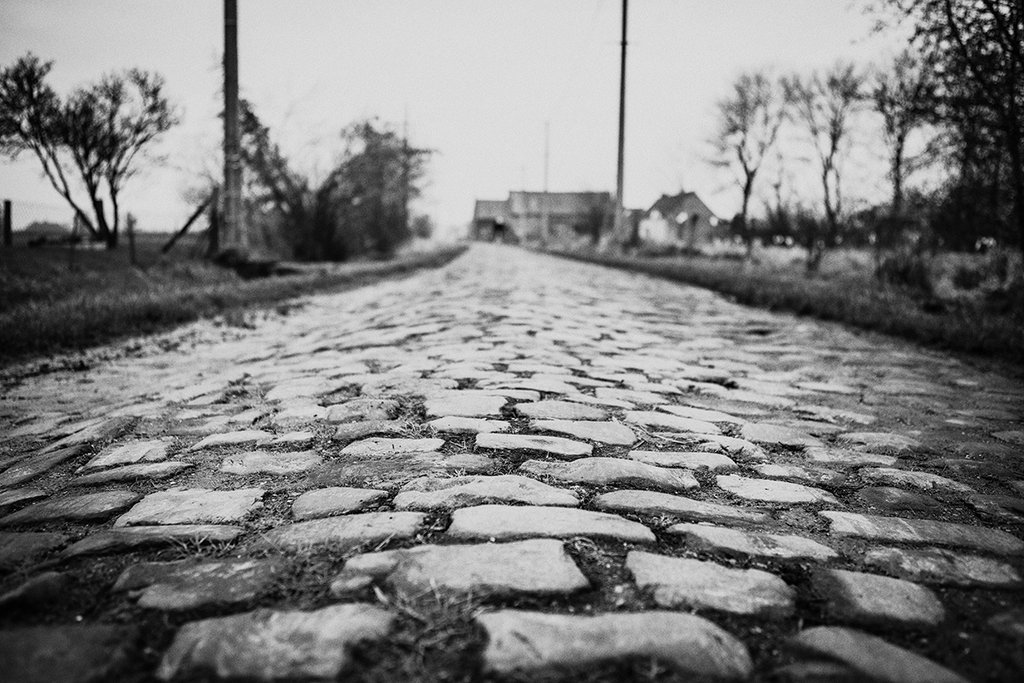 Every time I’ve ridden the Roubaix pavé, I’ve peed the next few days like I got VD from some dirty cobble. That might not really sell the non-believer on the pleasure of riding the sacred stones, but there truly is nothing like it anywhere else in the world. Here in Seattle, we have cobbled climbs and they are by all rights legitimately rough. But they pale in comparison to the brutality of the Flemish kasseien, and the Flemish kasseien pale in comparison to the French pavé.

When riding the cobbles, I sometimes find myself almost having an out of body experience, amazed at the fact that bicycle and rider are carrying on in a generally forward progression. On one occasion, I even found myself staring at a bidon that had ejected from my Arundel Mandible bidon cage, which itself says something about how rough the ride was. The bottle seemed to hang in the air for a moment as time slowed and I wondered firstly how the bidon had found its way past my top tube, and secondly whether I should fight the strangely strong urge to try and catch it.

Several of our V-Community brethren are over in Lille as we speak, riding the cobbles with our friends William and Alex from Pavé Cycling Classics and swilling Malteni like fools. They are over there because the thrilling sensation of savage shaking when you hit a secteur at speed from the smooth tarmac followed by the sense of overwhelming relief when the shaking stops as you return once again to the smooth pavement is an itch you have to keep scratching.

Sunday is Paris-Roubaix, the Queen of the Classics. And this time, it really does look like it’s going to be muddy and raining. Thank Merckx. Recall that Tom Boonen is the only favorite in the Peloton who has raced Paris-Roubaix in the wet, in 2002. Fourteen years since a muddy edition. Fourteen.

Will Boonen make it an unprecedented V wins? Or will Faboo come good and tie the record to join Boonen and de Vlaeminck? Or will Pinchy do the double and take his second monument? My money is on rain and an upset winner.

Don’t forget that the VSP Series winner takes home a custom Don Walker and that the runner-up gets a set of handbuilt Café Roubaix CR Wheelworks Arenberg wheels. Third place get a V-Kit. So start your prognostications on the start list, pray to whatever deity that melts your butter, and get your picks in by the time the timer goes to zero.
[vsp_results id=”41032″/]