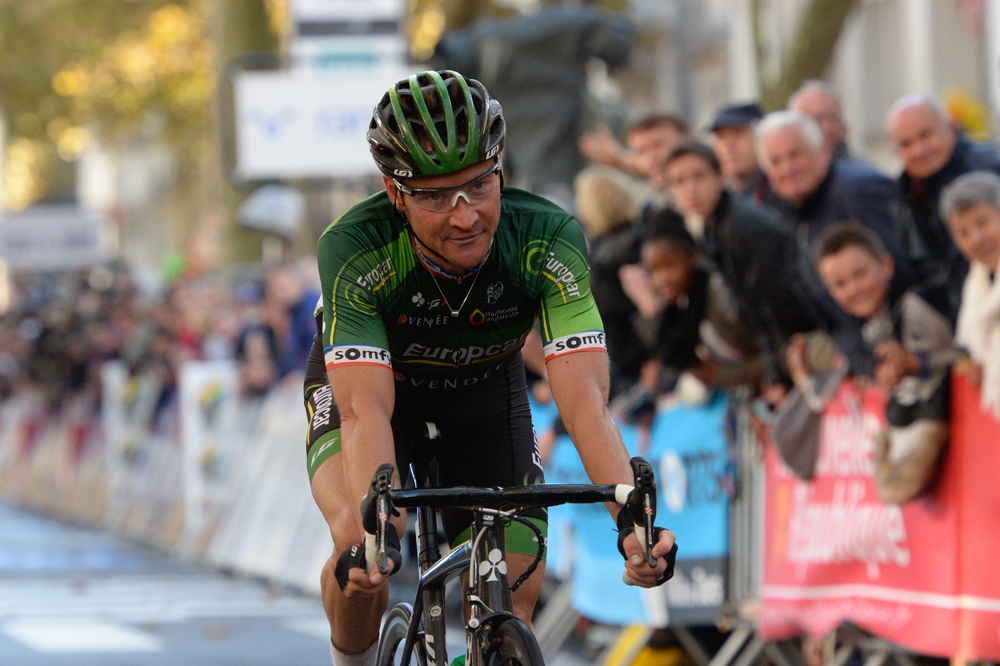 Paris-Tours, it’s almost the end of the road for the V-VSP. The great smoggy race in China has been switched to the Middle-East? I’m not sure that is an improvement but as usual, we were not consulted. Race where the money is.

Every year I bring up Richard Virenque winning this race. I disliked his racing style but his Paris-Tours win showed such an abundance of panache he should be dining out forever on that. The climber winning a sprinters race in a day long break with Jack Durand. Durand ran out of gas with 50 km left and Richard did not sit up, he cranked it. His desperate win, just in front of the chasing hoards, almost undid all his bullshit bravado and most unforgivable of all, his finish line victory salutes. He was riding for Domo-Farm Frites in 2001 when he won Paris-Tours, on a nice Merckx bike, on a Belgian team. It’s fitting he should give such a beautiful performance.

OK, this is the penultimate event for VSP 2015. Is the overall lost for you? Bragging rights for the off-season would be swell, just winning this final men’s VSP. Are you close to grasping a V-kit, a set of CR wheels or a Belgian frame? Good luck because picking the top five in this race requires staring at the sun. Here is the start list. A Delgado here will be noted by management.

After the Women’s Chrono des Nations on 18 October the mighty VSP generator will be powered down and steam cleaned of all residual beer. The generator is then air dried and purged with lab grade argon and sealed, its little silicon heart faintly beating, waiting for La Primavera.
[vsp_results id=”33882″/]