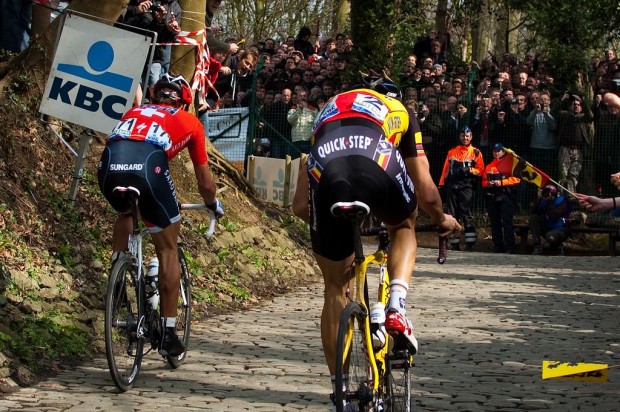 The Keepers and Rigid rolled into a region in France called Flandres which, without doing any further research into the matter, we assume is the coloquial French term for this region of the world. If its anything like the other regions in Europe, these places have roots that extend way past any modern country’s border and situate themselves in a history long past.

They do, however, speak French with all the stubbornness that we have come to love from the French. None of us in the group speak French very well, and no one we’ve found in Lille speaks English very well. Which means we’re all communicating with arms and legs more so than with words. We’re on our way to Kemmel, which means we’ll be able to speak a bit of Flemish again.

With Keepers Tour: Cobbled Classics 2012 about to begin in earnest, we’re busy organizing ourselves and making final preparations, so we’ll have to forgo the usual insightful, hard-hitting, race insight we usually produce for the VSPs. What’s that you say? We’re usually full of shit? Ah, right. You’ll have to forgive us the usual shit, then, and take today’s flavor.

Watch the countdown timer, get your VSP picks in by Sunday morning at 5am Pacific. Winner of this VSP event will earn the right to comment all year with the Leeuw van Vlaanderen commenting badge. We will also forgo the usual Symbol Pack prize awarded to a Monument and award the winner a copy of the local newspaper the day after the race.