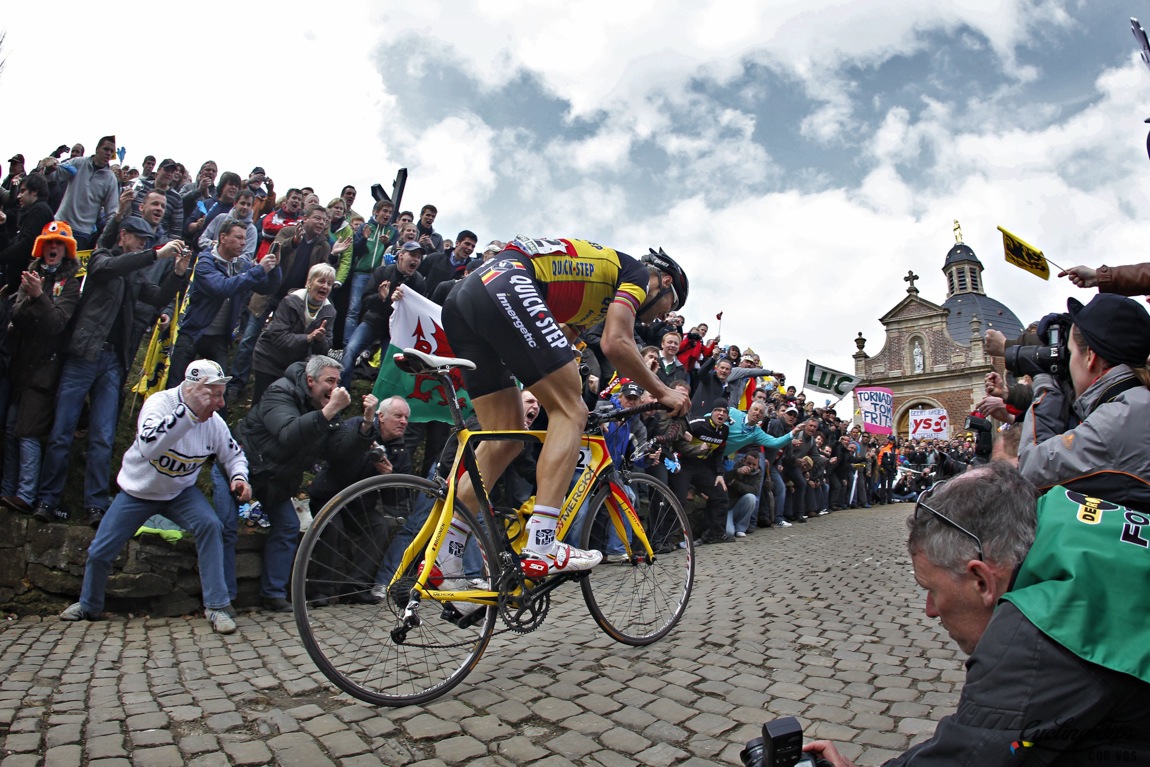 Some things come, some things go. On Sunday in Flanders, there will be a mix of joy and melancholy as an old favourite returns, and another bids farewell. The famed Muur de Geraardsbergen aka the Kapelmuur finally reappears where it belongs, albeit not with the important role it once played. But at least it’s there. And riding up it for the last time will be another legend of the race, also possibly not playing as important a hand, Tom Boonen. It might be fitting to see him lead the peloton past the iconic cross and chapel one last time.

It may be a bridge too far for Tommeke to take a fourth Flanders, and something tells me he’s keeping his powder dry to have a real tilt at a fifth cobblestone next week after coming oh-so-close in 2016. Contending with the rampaging Greg van Avermaert and Peter Sagan up the bergs might take the sting out of ageing, tired legs, and probably most younger ones too. Who can stop these two right now? Probably not QuickStep, who seem more concerned with working out how not to win than actually using any of their many weapons to try to win. Giblets looks to be on song though, and a win in Oudenaarde in the Tricolor jersey is a sight we’ll never tire of.

This promises to be a race for the ages, and picking the winner might not be a flip of the coin situation at all. Best put the thinking casquettes on, study the start list and settle in with a fine Tripel and enjoy the show!
[vsp_results id=”104127″/]