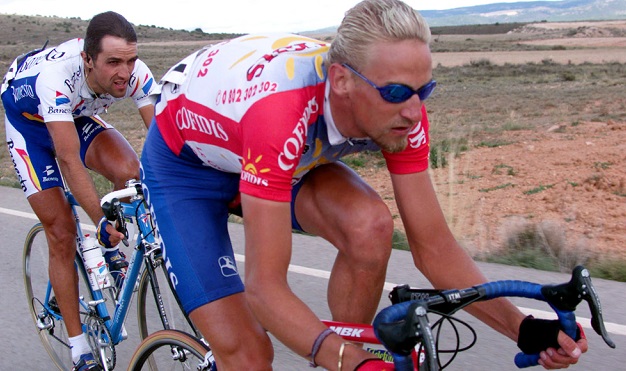 The Vuelta is my least favorite Grand Tour. I say this every year, I know. And every year, circumstances make it look an awful lot like I could be wrong about that. Circumstances like, for instance, the fact that the GC almost always comes down to a nail-biting final few days, or someone comes from far down the classification to upset the standings on a transition stage, like Contador did a few years back.

Still, there is no denying that it has the least prestige of the three Grand Tours; any rider who has won the Tour de France would have no trouble finding a contract for years to come, and the same goes for the Giro to a lesser extent. Yet, I can think of two Vuelta winners – if not three – in the last decade who were without a contract the following year or were forced to resign themselves to racing on a lower-ranked team.

I blame my dislike for the Vuelta on Spain’s geography; those rains in Spain that fall mainly in the plains are also the plains in Spain that host stages on roads so flat and straight that you get the idea half the peloton would be happy to wrap a bungee cord around their handlebars and take a nap. Yet, some of the most brutal climbs are found along its parcours and those brutal climbs make for some wildly fantastic racing.

So I’m not saying I’m changing my mind about the Vuelta, but it can’t be worse than the Tour was this year.

Anyway, don’t mind this grumpy old man; prognosticate on the start list, get your picks in, sit back, and enjoy the racing. Good luck!