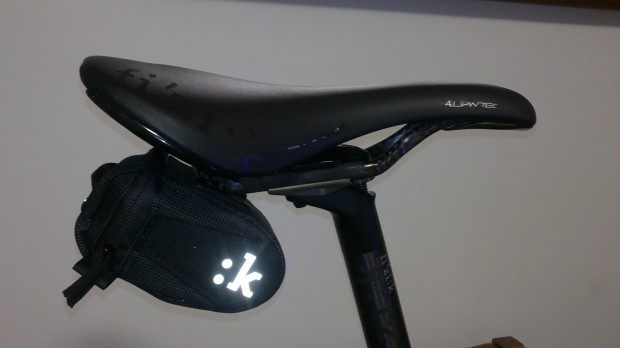 As we gingerly assembled outside the gite, the Belgian sun shining for the first time in the three days we’d been in the spiritual home of cycling, the conversation was muted; what do you say to a legend of the sport, an apostle in his parish about to hold a sermon on two wheels? I can’t recall who it was who said it, but I remember the sentiment. Something along the lines of “yeah, we do that because that’s a Rule”. The rebuttal was swift and concise, its message with little to zero chance of being misinterpreted.

I felt the collective wind rapidly leaving the sails of everyone within earshot. Those who didn’t hear it could sense that something was amiss.

When you have been told in no uncertain terms that the very essence of what you have built your reputation, your persona, indeed your identity on doesn’t mean a thing to someone you presumed would be a poster boy for all things Pro and style, it’s like being given the keys to a Ferrari then discovering it’s fitted with a speed limiter set to 60kmh. As we rolled through the farm tracks, byways and cobbled climbs around Kemmel, the Apostle seemed now keen to learn more of The Rules and what they encompassed in relation to not exactly looking Pro, but Looking Fantastic. This seemed to sit better with our guest, and by the end of the ride the “no rules” statement was long forgotten. But the sentiment was easier for us to comprehend; you can make the rules, you can bend them, even break them if you want, but if you must flout them, then do it with the same ideals with which you would obey them.

Which brings us to one of the most divisive Rules in the set; #29. “A saddle bag has no place on a road bike…” I think I even coined this particular one, and have been a long time advocate of its use. And because of my strict adherence to it, my bike always looked great but my jersey pockets started to resemble a camel named Humphrey. There was so much crap stuffed in there that my lower back would ache on any ride longer than down to the corner shop. Items were discarded ad hoc until the real danger was never being able to make it home without the help of a pump-wielding, tube-proffering riding mate.

I found what I thought might be the solution; a tiny ‘tube pack’ from Continental, which velcro’d to the seat rails like so many other packs, but was barely noticeable (by comparison). At least until you rode over anything rougher than the smoothest seal, when the Co2 canister inside would rattle itself against the seat base relentlessly and annoy the crap out of me (and anyone within a 2km radius). I’ve had it eject itself from my seat at the most inopportune times. So I’d stuff it into my jersey pocket, and be pretty much back at square one, only a slightly neater square one.

Our partnership with fizik gots me to thinkin’ though, and their small saddle pack looked at least like it had a cool mounting system with no chance of it rattling against the seat. Why the hell not? Now, while this pack is small and stylish, it’s still a saddle pack, and I’ll never really be a fan. They just cloud the aesthetic of any bike. But I’ve never been one to shy away from experimentation. Here’s the results so far:

Yes, it’s pretty compact. I can easily stuff a tube, 2 Co2 canisters, a lever, glueless patch kit and a multitool in there (though I never carry a tool). I’m sure another tube and a fair bit of useless stuff could be squeezed in too. Yes, the mounting system is cool, if you have a fizik saddle; it slides into the slot built into the base and can be adjusted to the angle best suited to the seat. If you don’t have a fizik saddle (why the hell not?) then there’s a velcro strap version too. But when mounted, the pack sticks out quite a way behind the saddle, which looks a bit weird to my eyes. So I struck on a solution; undo the hinge bolt on the pack’s mount, slide it out and turn the mounting arm around. Then slip it into the mounting slot from under the saddle (the front rather than the rear) and voila… tucked away nicely, looks way tidier and still easily accessible.

But, it’s still a saddle bag. While a functional, good looking one, the fact remains that any saddle bag looks worse than none at all. I can’t see it gracing my bike except for very long rides, when the maximum of gear needs to be carried. So if you’re going to mess with Rule #29, do it in style, keep it small, tidy and only filled with the bare essentials. I’m sure even an Apostle will back me up on this one.