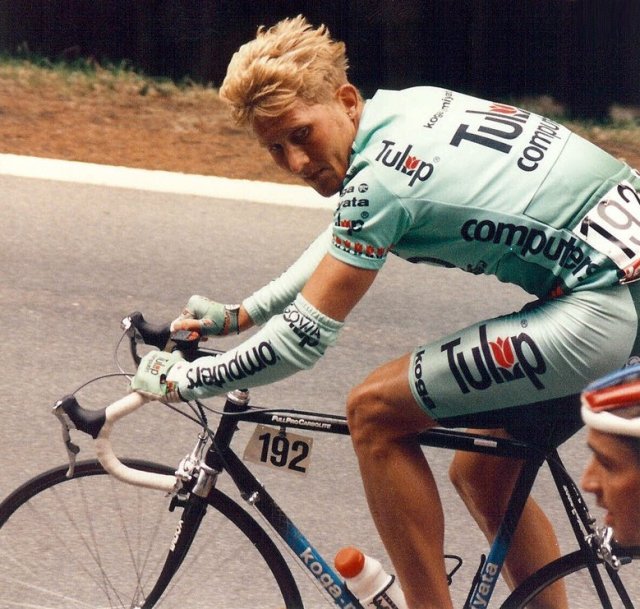 Or as Bob Roll keeps calling him Bri-ann Holm?! I have three reasons right off the top of my head as to why Bri-ann Holm is a badass.

The first is he offered to cut off Dan Martin’s ears if he didn’t finish in the top ten of this year’s Tour de France. Martin finished 9th, ears intact, just. When I first saw the remark I thought Holm was saying he would cut his own ears off if something or other didn’t happen, which I liked even more. I admire a man ready to take a confident stand. But it was Dan Martin’s ears and Brian wanted him to really perform, obviously. He is an old school directeur sportif at Quick-Step and this relates to reason number two. In a Rouler article he said if one of his young riders crashes he will sometime send him to the front to work, to take his mind off the crash. In passing he said you can only hurt in one place at a time, maybe meaning get to the front and work and it might take your mind of the terrible crash you were just in.

This would normally be the kind of bold statement I would write off as nonsense but it fits my own long held theory exactly. I refer to the “resident evil” that floats around in my body that can only be in one place at a time. Warming up, the evil nestles into my left knee, eventually it floats somewhere else but never two locations at a time. It’s exactly what Bre-ann said.

Lastly, Mr Holm is awesome and an unwitting Velominatus (even though Brett hates him but Brett hates most things) because he gets IT. Please read this interview and discuss.