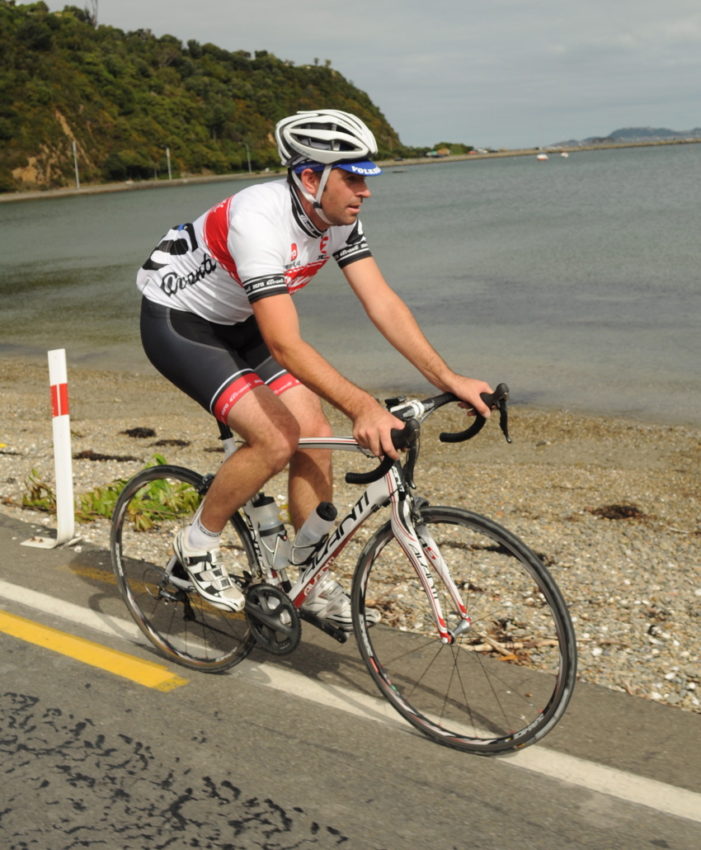 I love discovering things about people who I think I know. Maybe it’s a work colleague or friend of a friend who you run into once a month, maybe every week, and as the relationship lengthens and develops you pick up a nugget of information here and there. Sometimes a mutual acquaintance will proffer an anecdote, or if they’re talking about me to someone else, more than likely an embarrassing story of drunken debauchery. (I swear, it was like that when I got there.)

Moving to a new city, or in my case a whole new country is a constant learning curve; the culture, the streets, where the best rides are, and the people. As you go along, you soon self-seed who you want to hang out with, those who you like to have a chat with when you run into them occasionally, and others to avoid like a saddle sore on race day. Luckily, the latter are few and far between.

When I arrived in Wellington I was fortunate enough to land a job in a bike shop that was staffed by a good bunch of guys and a boss who was on the right level. Eight years later, I count them as good friends… we socialise outside of work hours, go riding and enjoy a beer after. As is the norm, sales reps would arrive either regularly or sporadically, and when a departing rep came in one day with his successor in tow, a new friendship was made. Fraser seemed like a regular kind of bloke, and on subsequent visits more of his cycling past was revealed. One night while watching television, an advert for Subway came on, featuring the cycling team they sponsored munching on their favourite sandwiches. I recognised the tall figure, espousing his preference for the chicken and mayo or whatever he was getting paid to love. So, he was a pretty handy rider then.

Turns out that he in fact had won a few big races in NZ, including setting the race record at the K2, a race that involves a lot of climbing over its 200km parcours. A pretty handy rider indeed. Then I discovered he was a former National Road champion, and had spent a few years in Europe in a 2nd or 3rd division squad or two, and was a Commonwealth Games rep on the track. Of course, Fraser never told me any of this, he was just another bloke who’d had a crack and then quietly settled back into a more normal life on return, giving away the serious side of Cycling to just enjoy it on a level we can all relate to. We would ride together maybe a couple of times a year, and always he would be ‘not very fit’ which in an ex-Pro’s parlance usually means able to crush fools like me at will. But never was I crushed by Fraser… still, I’d take any opportunity to beat him up a climb or just to the coffee shop. He never made anything of it at all, when in all reality he could probably break me with a leg tied behind his back.

As the years rolled by, my fitness would come and go, where his was seemingly just going. When I spotted an old fan card in another ex-legend’s shop, it was with some mirth that I read the rider stats printed on it, and the photo of a somewhat slimline and longer-haired version of the guy I now knew and counted as a good mate. With a bit of prodding over Friday night beers, the back-story was piecing together, and some anecdotes were finally forthcoming. Dude was a pretty handy rider indeed. Still, every time I’d ask if he was riding, the answer would usually be an emphatic ‘no’. A few months ago, Fraser moved on from his post as the Shimano rep, and a life of renovation and yard work awaited while he mulled over his next move. With a bit of extra time on his hands, he rediscovered the bike and was spending a bit more time turning the pedals. Then the reveal; “I’m doing some racing.” This was big. MacMaster was back.

It’s a given that when you lose fitness, someone else will be gaining it. On those early rides, the social ones like Welli-Roubaix and the Revolution Xmas ride, there weren’t many times when Fraser would be the crusher and not the crushee. Last weekend, when neither of us made the Xmas ride but fronted up later for the beers, we tentatively arranged for a cruise the next day. At a time when I should be logging the kms to prepare for Keepers Tour, instead the festive season, deadlines and a couple of big nights of live music were conspiring against me, or rather me against myself. As early as the first hill I could see that the tables were definitely turned, and I’d be hanging on for dear life when normally I’d be one of the first to any summit. In a way though, I was glad that my friend had rediscovered his love for riding a bike and was a wake-up call for my own ambitions come the Euro spring.

As he turned gears twice as big as mine with minimal effort, the stories of being in 150km breakaways with the likes of Jens Heppner or working over the climbers in the Tour of Austria or Poland or Belarus reminded me just who I was lucky enough to be riding alongside. Instead of dropping our arses on the final big climb of the ride, Fraser constantly asked if the pace was ok as he towed us to the top. It was, otherwise I wouldn’t have been anywhere near his wheel. Like a true Aussie bastard trying to one-up a Kiwi at any opportunity, I drew alongside as we neared the last few switchbacks, and instead of putting me back in my place, I felt a hand on the small of my back and my pace double; Of course, I didn’t expect any help, and told him that was unnecessary, before using his generosity to bury him as the line approached. Not even a hint of contempt from the old Pro, just let the unfit old bloke have his perceived glory and even compliment me on my descending on the other side.

That’s a true champion right there. One I’m glad to call a friend, even if I’ll seize any chance to take a hollow victory from him.