Can I Nod Snob a Kid? 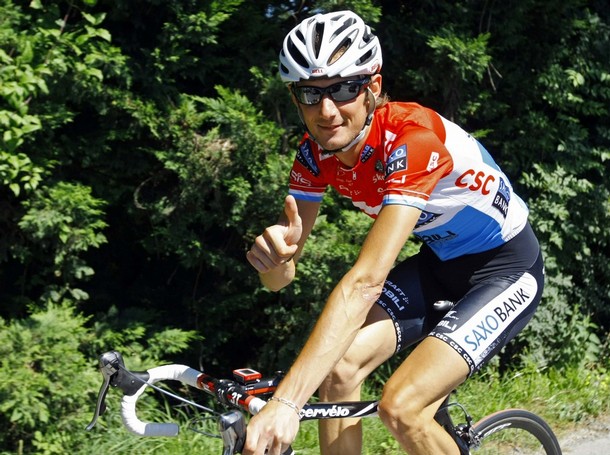 I am a nod snob.  The fact is, I’m a bit of a cycling snob all-around.  I am not a “biker” and I do not “like to bike”.  I am a cyclist and I like to ride.  What’s more, as I outlined before, there are very loosely defined parameters under which I will bestow a “nod” upon another rider.  For example, you have to look cool.  Like you care how you look.  This doesn’t mean you have to be riding a glitzy carbon ride or some nostalgic steel classic, but you have to demonstrate that you understand Cycling Couture, ambiguously defined as it may be.

For those riders who receive said nod, there are a few unwritten rules about reciprocation.  First, you have to decide whether to acknowledge the nod.  Second, you should never acknowledge the nod too enthusiastically; always keep your cool and never get too excited.

The “Nod Acknowledgment” is almost more complicated than the “Nod”.  First, you have to decide if you’re willing to accept the nod, ignore it, or reprimand them for even trying.  More often than not, you ignore.  But, if you acknowledge, Nod Snob terms dictate that you must never, under any circumstances show more enthusiasm than the original nod given.  Let me give you an example of a flubbed Nod Reciprocation.

Michelle and I were riding home from a long ride out at Cougar Mountain near Seattle.  It was a hot day, and we were tired after the more than 150km we’d logged already as we left Bellevue and headed back to Seattle.  A rider – worthy of a nod – came by in the opposite direction and gave me a quick nod.  A few moments later,  Michelle pulled up alongside me with a horrified look in her eyes.  “I saw him nod at you, and then he nodded at me.  I completely lost my nerve, and, *sigh*, took my hand off the bar, smiled broadly and waved.”

Classic example of reciprocating with more enthusiasm than the original nod.  Very uncool.

The other day, Michelle and I were coming home from our after-work spin, enjoying the hum of our wheels on the pavement and basking in the mellow satisfaction you find after a good ride.  Coming the other direction was a dad riding a mountain bike with his young son in-tow on a Trail-a-Bike.  The son seemed absolutely overjoyed at the scenario, and we could feel his delight before we could even see him.  There was a sense of triumph about him.  I’m not exactly sure why he felt so good about himself because he obviously didn’t meet any of the qualities of being a cyclist.  I mean, when was the last time you saw a pro on a Trail-a-Bike?  Besides, pro’s don’t wear jeans, and they don’t wear white helmets that look like hollowed-out bowling balls.

As we rolled into his view, he cheerily hollered, “HI BIKERS!”

My instinct was to correct him and say, “Bikers use motors, asshole.  We’re cyclists.”

Instead, Michelle and I replied in chorus, “Hi!”  I still feel a little guilty about that.

An Open Letter to Drivers