Johnny T and The Lung 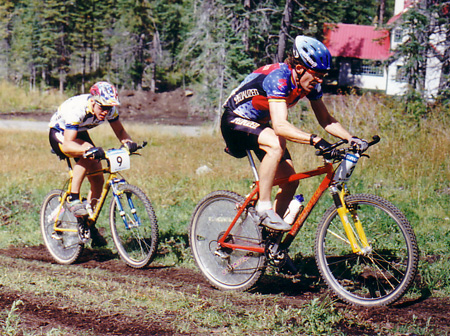 Things were always better in “the good old days”. That’s what my mate Johnny Klink always says, especially when we’re talking about mountain biking (which is 99% of our conversations).

We were turned on to the sport around the same time in the early 90’s, and even though we didn’t meet until the latter part of that decade, we’d witnessed the halcyon days of the sport. At least that’s how we viewed them.

It didn’t matter that bikes and components were heavy and clunky by todays standards, at the time a sweet steel hardtail with an undamped fork (if you were really lucky and/or rich) weighing under 30lbs was the epitome of a ‘dream machine’. I’d scour the U.S. magazines for the latest race results, even if they’d only make their way Down Under months after the fact, but the internet was still years away and it was all I had to go on.

Revelling in the glossy images of the stars of the day, two riders always were prominent at the top of the results in NORBA and World Cup racing: John Tomac and Ned Overend. The Young Lion and The Old Stager. The flairy, gifted bike handler and the gritty endurance machine. Johnny T and The Lung.

Their nicknames summed up their differing personalities, both off the bike, and on the race course. Different, but similar in the fact that they were head and shoulders above the rest, and never far apart.

I was always more of a Ned fan, though ‘The Tomes’  was also right up there in my MTB fandom. I probably leaned more towards Ned as my days of riding in the gung-ho style of Tomac were rapidly fading in the rear-view mirror, and I was advancing towards the veteran category which Ned could’ve easily been racing in, instead of laying waste to men a decade or more younger than him. 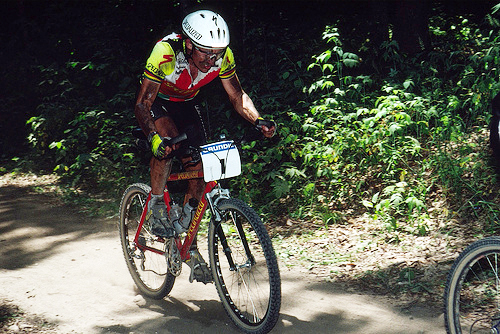 Johnny Klink gets so excited when he talks of those days, recalling the equipment they were using, the kit they’d be wearing, and the iconic images that they left inscribed on our psyches. 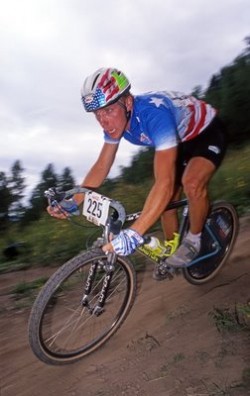 Even in their fading years on the circuit, when the Euros started to dominate and the Americans suddenly were pack fodder, they were never far apart. I remember watching them at the 95 and 96 Worlds, in Germany and Australia respectively, battling away for 30th or 40th place, yet still garnering some of the biggest cheers and support from the spectators.

They were the real stars, the riders of, and for, the people. Not many of them around today.

9 Replies to “Johnny T and The Lung”